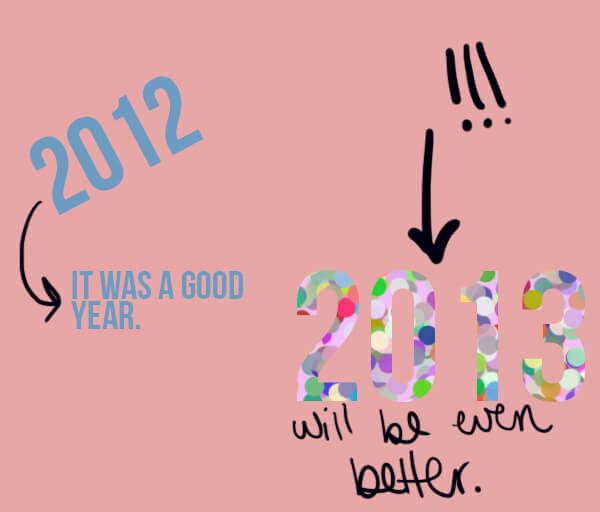 Holy cats, a whole year has gone by already!

They go by so fast. When you’re a kid you think adults are nuts, the way they say that all the time. But, getting up into my twenties myself, I realize it’s totally true.

Anyway, 2012. It’s been a really good year. I took some risks that have added a lot of fun and creativity to my life: starting and writing this blog is one, and also enrolling in the Graphic Design course. I moved in with my fella, too, and all of these things combined, plus probably some other things, make this year feel like the one where I completely grew up.

I love all those “end of the year countdowns and top 10” lists, so I went through and picked out my favourite ten posts of the year. 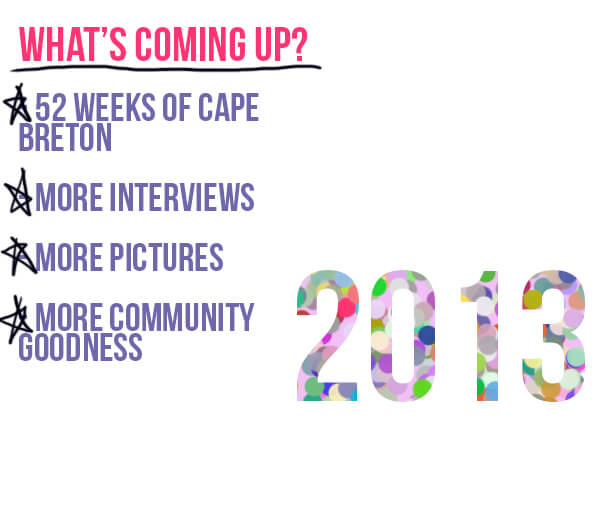 For 2013, my idea is something I’m calling “52 Weeks of Cape Breton.” It’s inspired by Elise Blaha’s “Project Life” album, for which she did a layout once a week. I’m thinking it will be a documentation, a chronicle of the 52 weeks of 2013, of my life, on Cape Breton. I’m thinking creative, quick, intuitive, and fun – I don’t want to stress about it. I want something hand-made, something not digital, something in a binder that will build over time.

I also want to challenge myself a little, too – I want to learn something new about Cape Breton each week. I want to visit somewhere new, go to new places on the island.

I’ll come up with a plan of some kind, before I get started. Maybe ten things I want to encompass in the project? Something like that. If you have any ideas, do leave them!

In the meantime, I wish you a safe New Year’s Eve and hope that you have some special folks to celebrate the change of the year with, or else that you’re doing something fun that you love, whether that’s dancing the night away, or curling up on the couch in your PJs watching movies. I’ve done both and honestly, both are great ways to ring in the new year.