On Intuition, Creativity and Following a Hunch 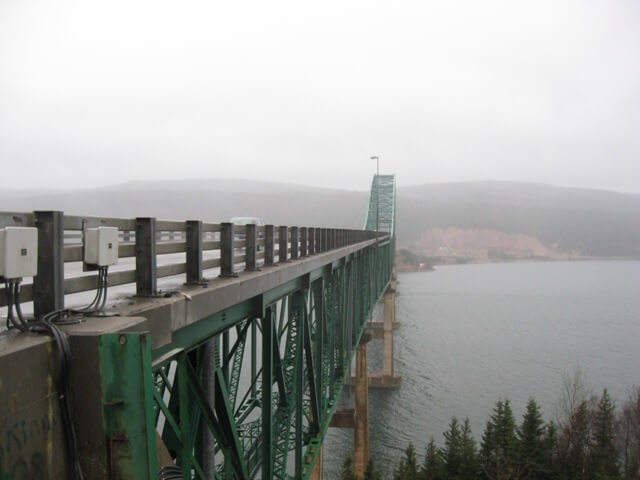 Seal Island Bridge. I stopped there to take pictures on Monday, March 26th. For some reason this bridge fascinates me, and I often have dreams about it - like, the kind when you're sleeping, at night.

At how you have to let go (of expectations, of your own plans) in order to let the universe (or God or whatever you call the forces beyond humans) do its part.

Because, you can’t control everything. I know, that’s such a huge brainwave, right? Haha. I mean, we all rationally know this. I don’t control Tokyo’s markets, or the weather, or even my friends’ behavior. (Especially my friends’ behavior!) But deep down I think we all believe we can control our lives. We believe that we can plan them out, and if we plan them well enough, the plan will come to pass and bingo! we will be happy for the rest of our days.

Except, the plan doesn’t come to pass exactly as we’d hoped, and we get frustrated or disappointed. But, if we flipped that around, and saw those changes instead as the universe interacting with our plan, playing with it, dancing with it, even, and that this is how it’s meant to be, then we could relax and enjoy the ride. 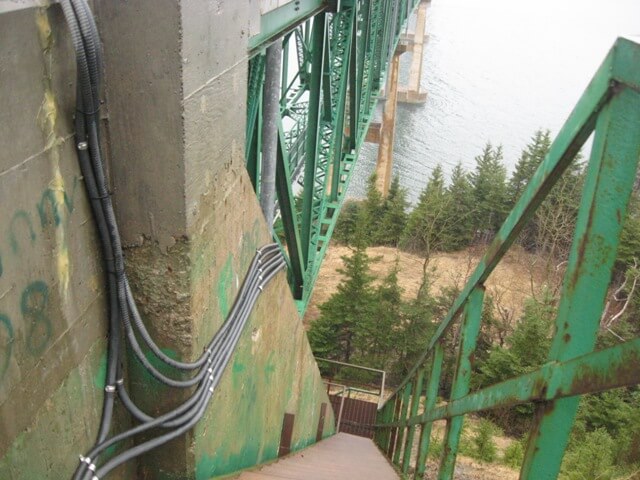 I wasn't right on the edge of a precipice or anything. And there were stairs.

For example: this blog and how it came to be. This time last year, before Dream Big Cape Breton existed, I read an editorial in The Victoria Standard. Jim Morrow was talking about young people and how all the young people are leaving, and asking “what does that mean for our communities?”

I thought, I’ll write a letter to the editor with my opinion.

Then another thought popped into my head: why don’t you write a column for the paper, about your day to day life and your thoughts as a young person, and the thoughts of other young people? I got really excited and my brain started storming up with ideas about what I could write about, and how cool it could be.

So I went and talked to Jim about it. He liked the idea. We decided I’d do some research and then present him with a few written articles later that fall. So all that summer (last year, 2011) I would chat about it with young people I met. “Would you let me interview you?” I’d ask. “Would you tell me your story? It’s for a project I’m doing.”And nearly everyone I spoke to said they would like to. (Interesting fact: most people said, “Why would you be interested in my story? It’s just my boring life.”) 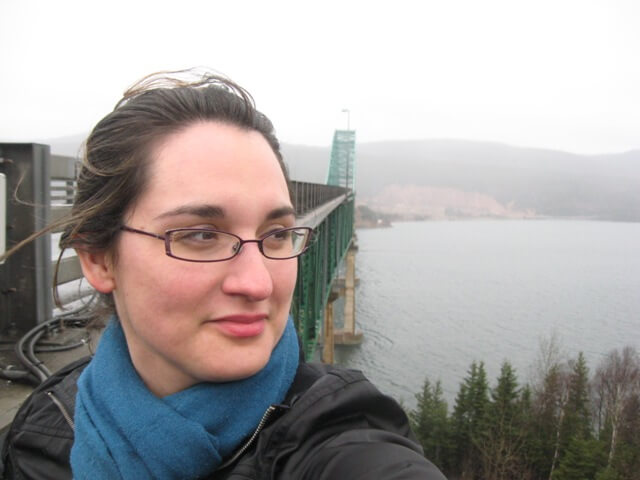 In the fall I drafted a first article for Jim. It told a bit about my story and the “journey” I’d be going on, physically around the island and emotionally as I tried to figure out what the future was here. Jim read it and returned it with a comment that it should probably be less about me personally and more just facts, a reporter-style account of the different people around. I said OK, and we agreed I’d spend the winter (after I got laid off from the marina where I work) doing research and interviews.

It was around this time that the name “Dream Big Cape Breton” popped into my head. I don’t remember exactly when. It could have been on a walk, or at some other random time like doing the dishes. (I get pretty much all of my ideas while walking or doing the dishes, or driving somewhere. Then I have to write them down quickly before I forget them. Sitting at the computer, writing, is a different kind of creative time.)

And I started the Facebook group, in order to connect with people around the island that I might not otherwise know, to go interview them. I called it “Dream Big – Cape Breton.”

And the Facebook group took on a life of its own, kind of like Frankenstein’s monster. People started posting things to the wall, like events and other groups they were in that they wanted to promote. Then others would comment on it. People connected with each other, found out about things they might not have known about. They had a place to speak about issues that were bothering them. 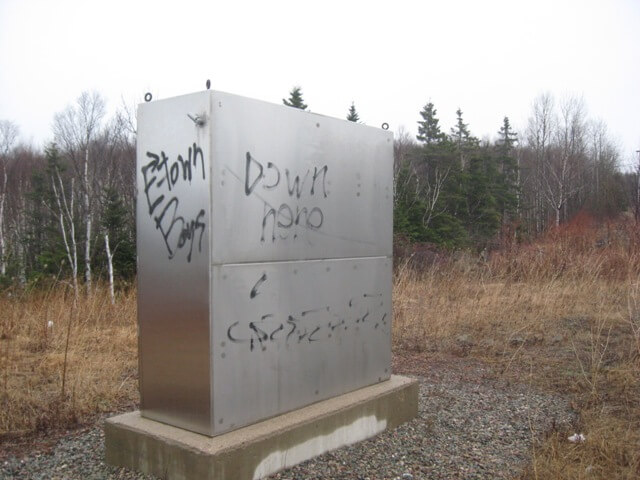 With the Facebook group "Dream Big Cape Breton", you no longer have to voice your concerns on public property!

Then I followed my hunch. I’ve been a blogger for nine years already, with a personal blog called “huminbean“. I love blogging, it’s a form that really works for me. I read my favorite blogs every day. I love reading people’s personal stories and feeling like I connect with other people through their writing and photos. I thought, “Why not start a new blog, where I could share these interviews, and my personal story?” So, in January of this year, I did just that.

And the new blog, as you can see, is alive and well. Dream Big Cape Breton grows more every day, and I’ve been asked to do two speaking engagements on the basis of it. I’ll probably still do some writing for the local paper, but this blog, where I’m able to have creative control and follow my hunches, is where I’m focusing my energy.

So none of this was really planned. Or, it was, but only in small bits. One idea leads to another. From that next idea, you get ideas and plans for the next little while. And call it cliched, but it really is a journey. You really do have to figure it out as you go along. And that’s exhilarating, and it’s constantly amazing. 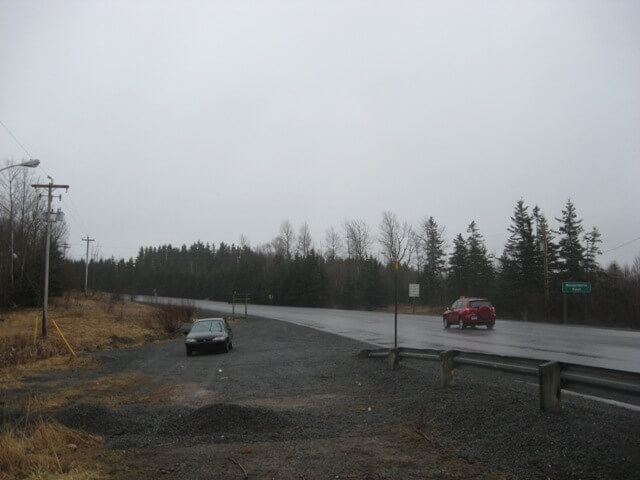 My little Ford Escort always patiently waits for me where I've parked her.

2 Responses to On Intuition, Creativity and Following a Hunch