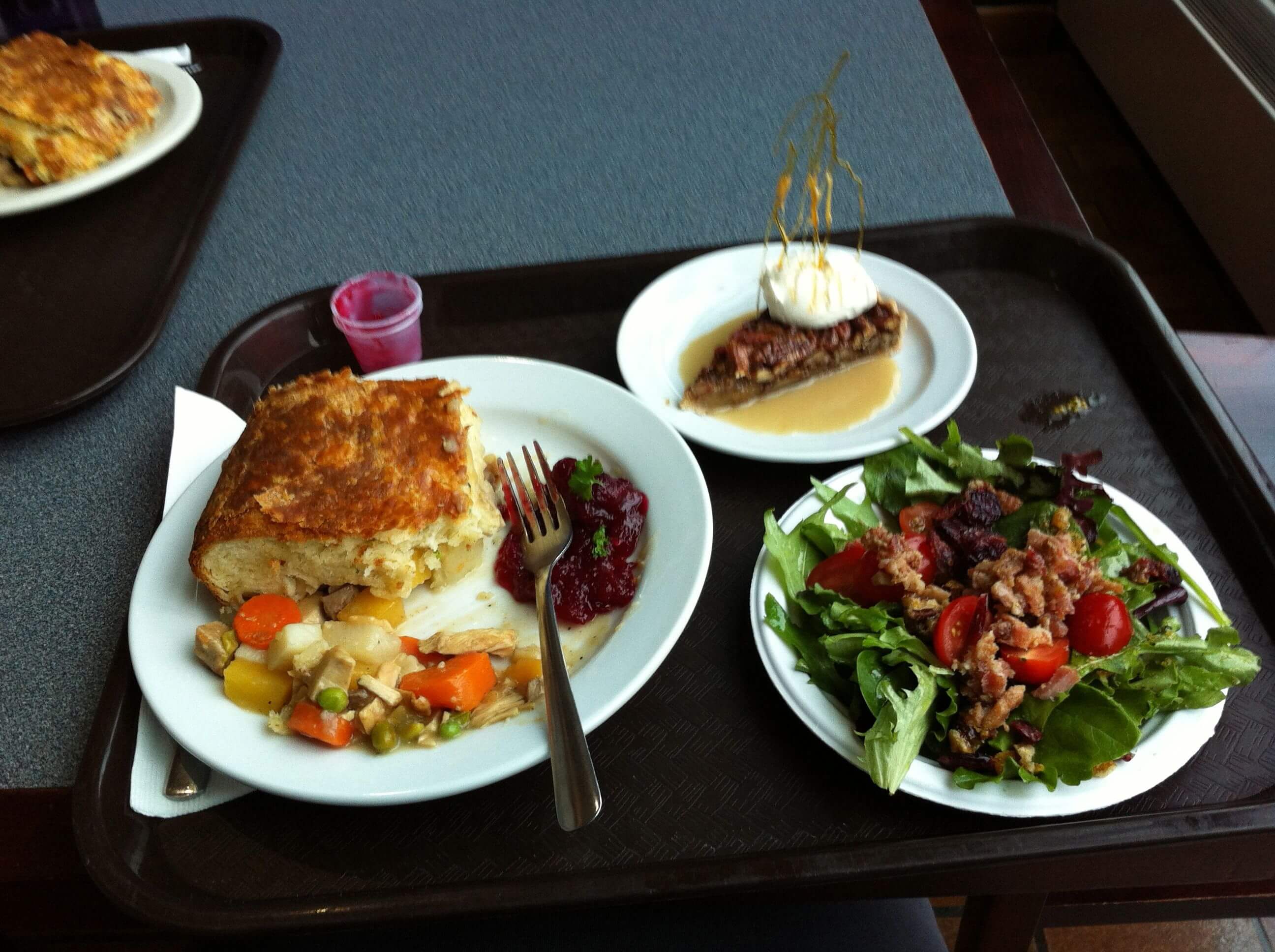 A meal at the NSCC cafeteria yesterday: turkey pot pie, salad, and pecan pie for dessert. Total: $9.75. I take an empty Tupperware with me now to school so I can take the inevitable leftovers home or eat them later on in the afternoon. 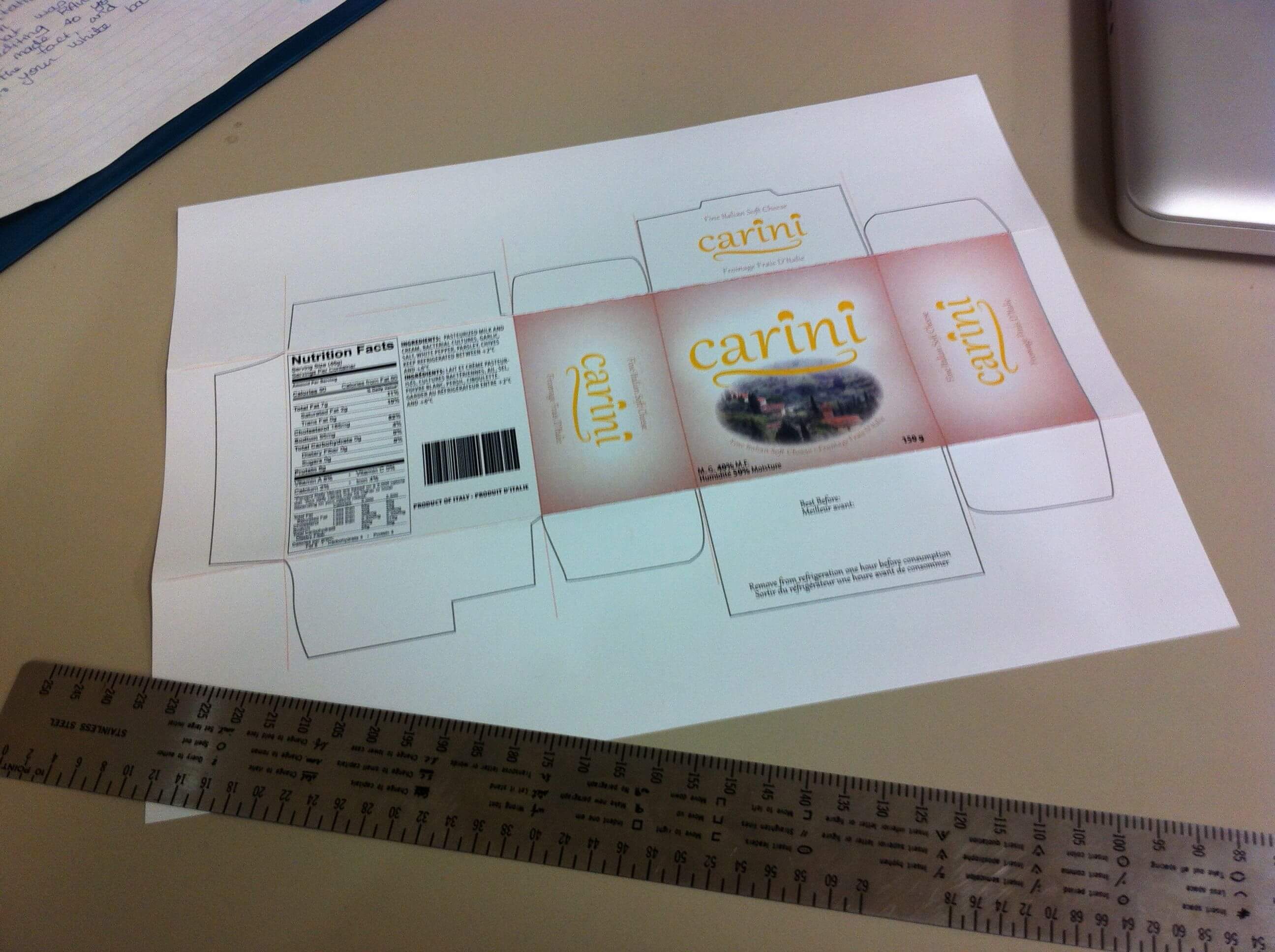 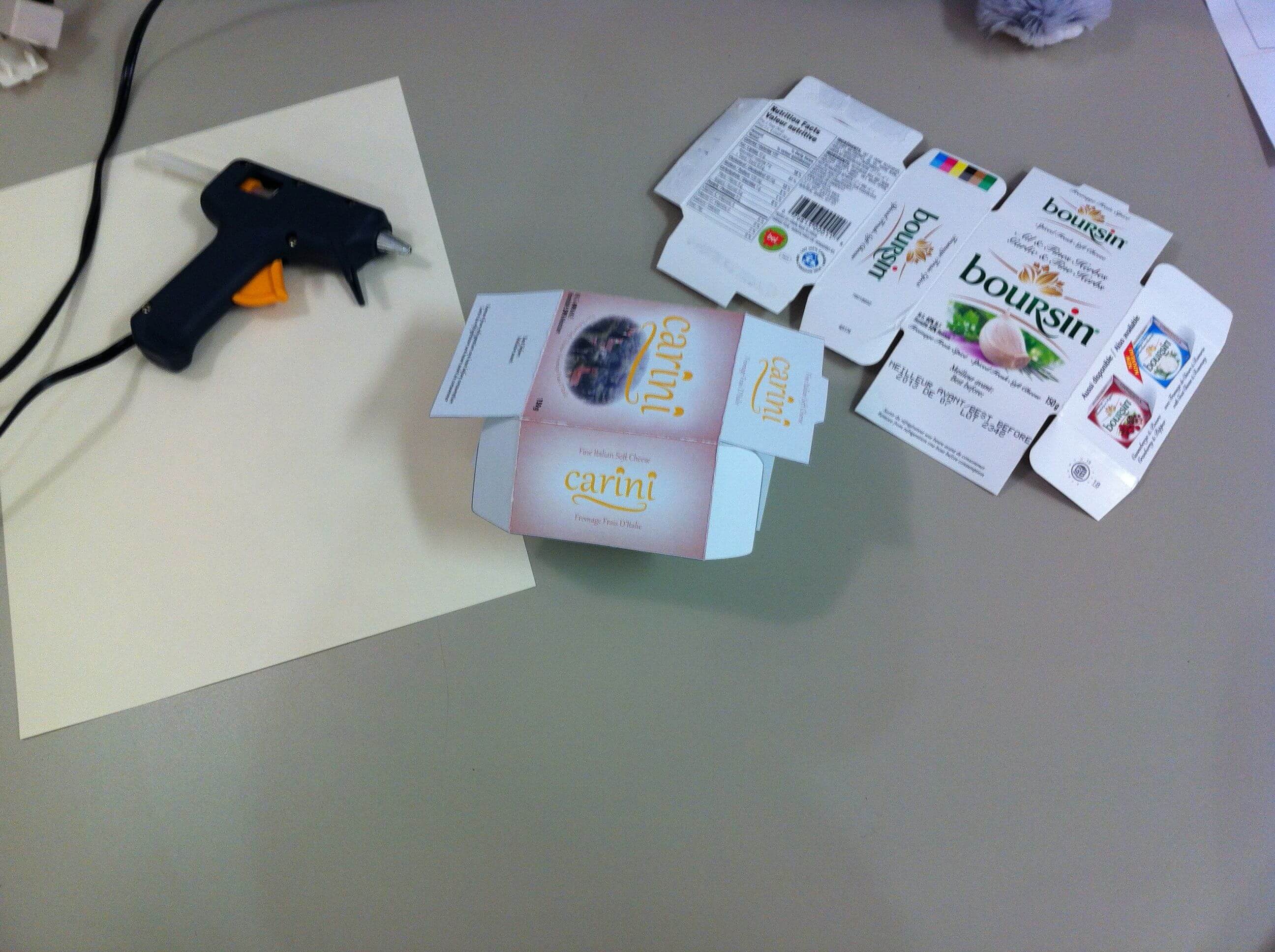 A project I’ve been working on for Studio: Print class. We had to take an existing package (I used Boursin cheese), recreate it on the computer, make up a new brand and design the package, then print it, and cut out and put the package together. This morning I took product photos of it in the studio here at school, and I’ll be submitting those to my teacher this week, along with the package itself.

(The name of the cheese, Carini, was suggested to me by Adam, and it’s the title of a Phish song. (His favourite band.) Sometimes when I have no inspiration, he gives me some from the strangest places.) 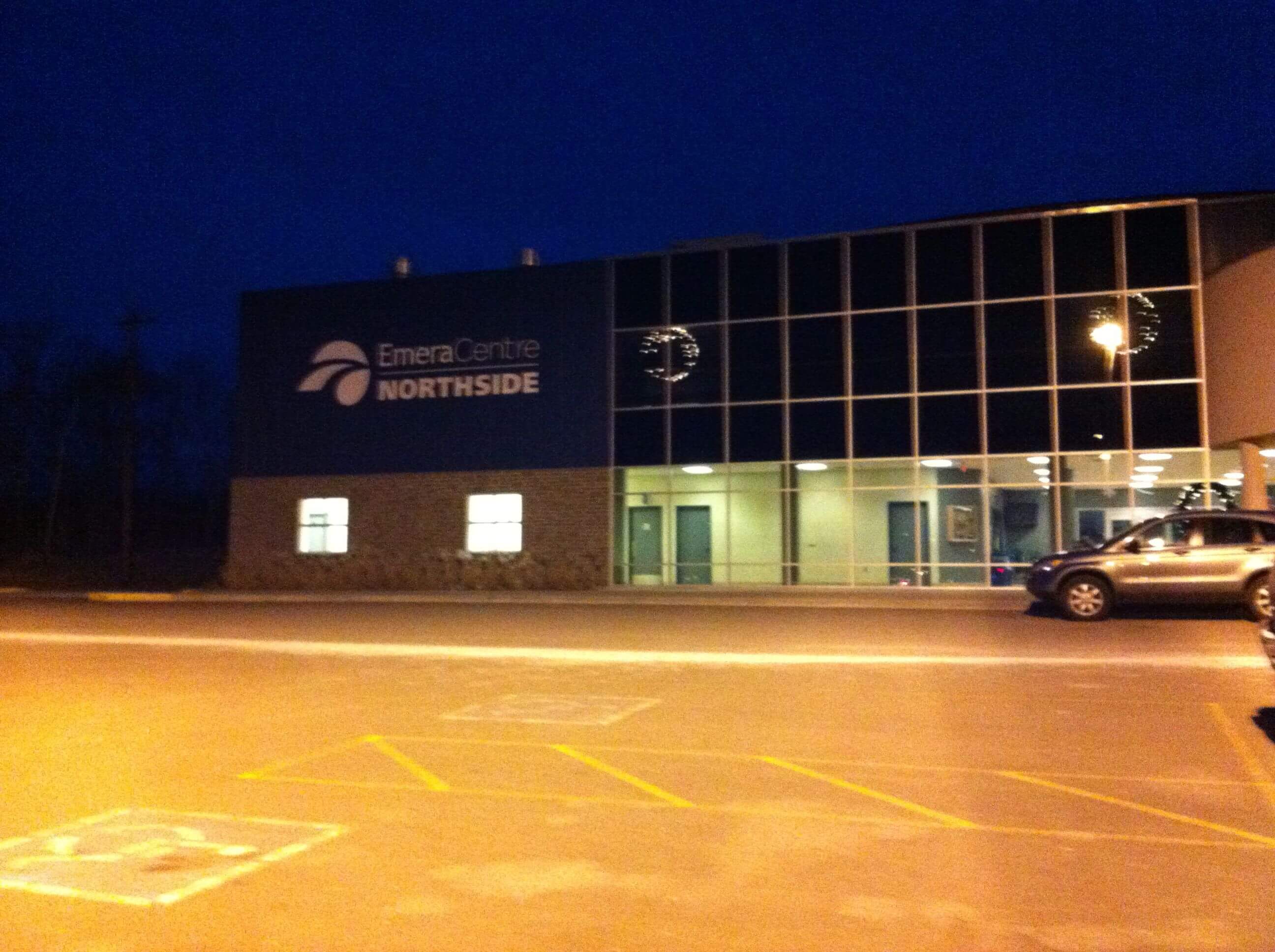 And then of course there is the walking track. Which has become my new favourite place to be or thing to do. I go there in the late afternoon/early evening, after school, and walk 1 or 2 miles depending on my energy level and time. That’s 8 or 16 laps of the Emera Center, or 4 or 8 of the Carmen Young track. (Outdoors is my preference if its light out and not too stormy.) I’m getting a bit bolder about taking pictures at the walking track, too. The first several times I was there I felt shy and like the new kid, and I felt like people were watching me and what I was doing. Now I feel more comfortable there, since I’ve been there myself a number of times.

I still don’t want to be obviously snapping shots of the other walkers or the people using the ice, because we live in an age where people are worried about privacy, and I totally get that. I don’t want to be known as “the creep who puts people’s picture on the Internet without their permission,” but I also love taking pictures of my daily life, mainly for my own personal scrapbooking and memories, but also for this blog. So, I’m getting a bit bolder with photo-taking. 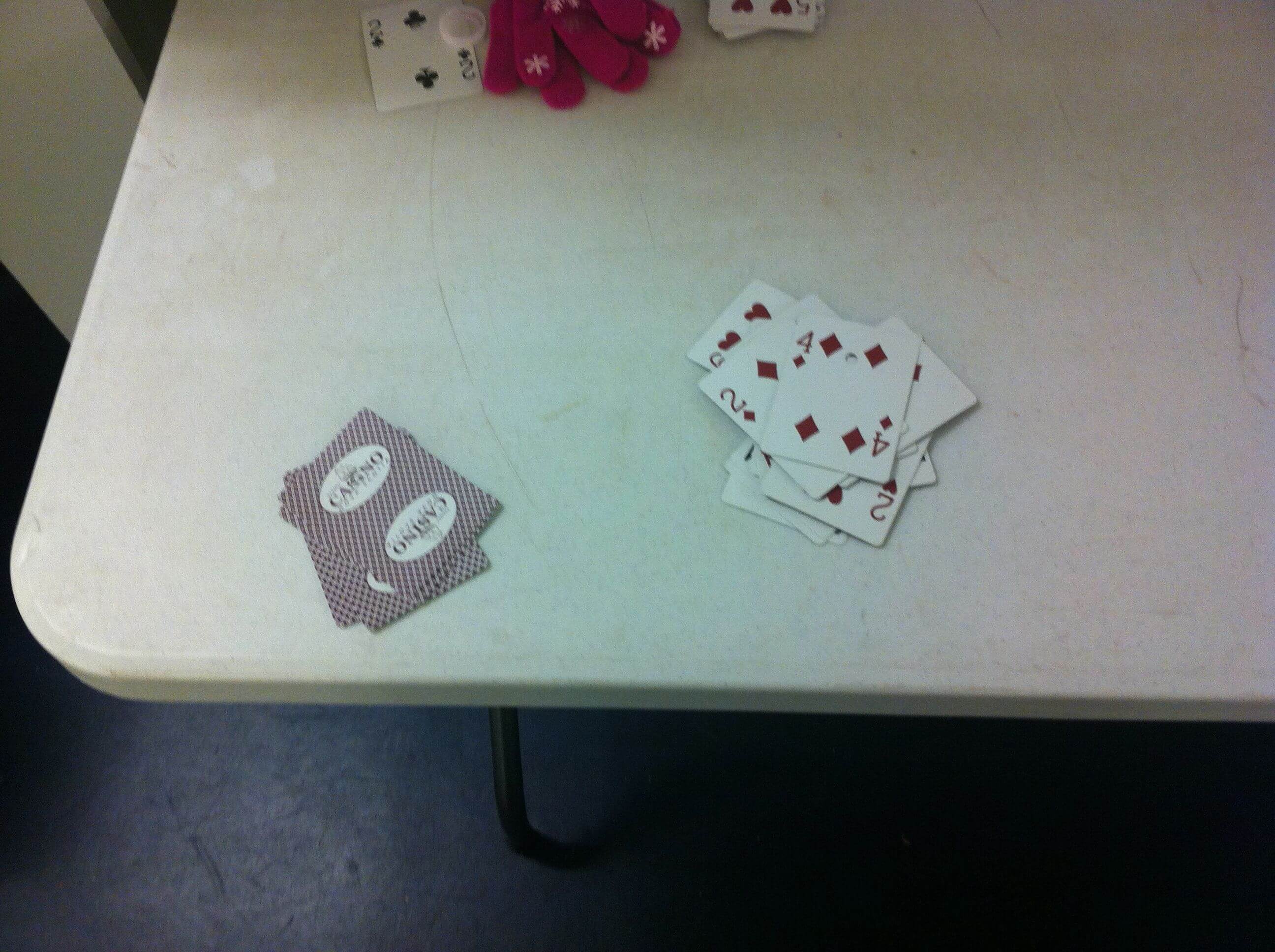 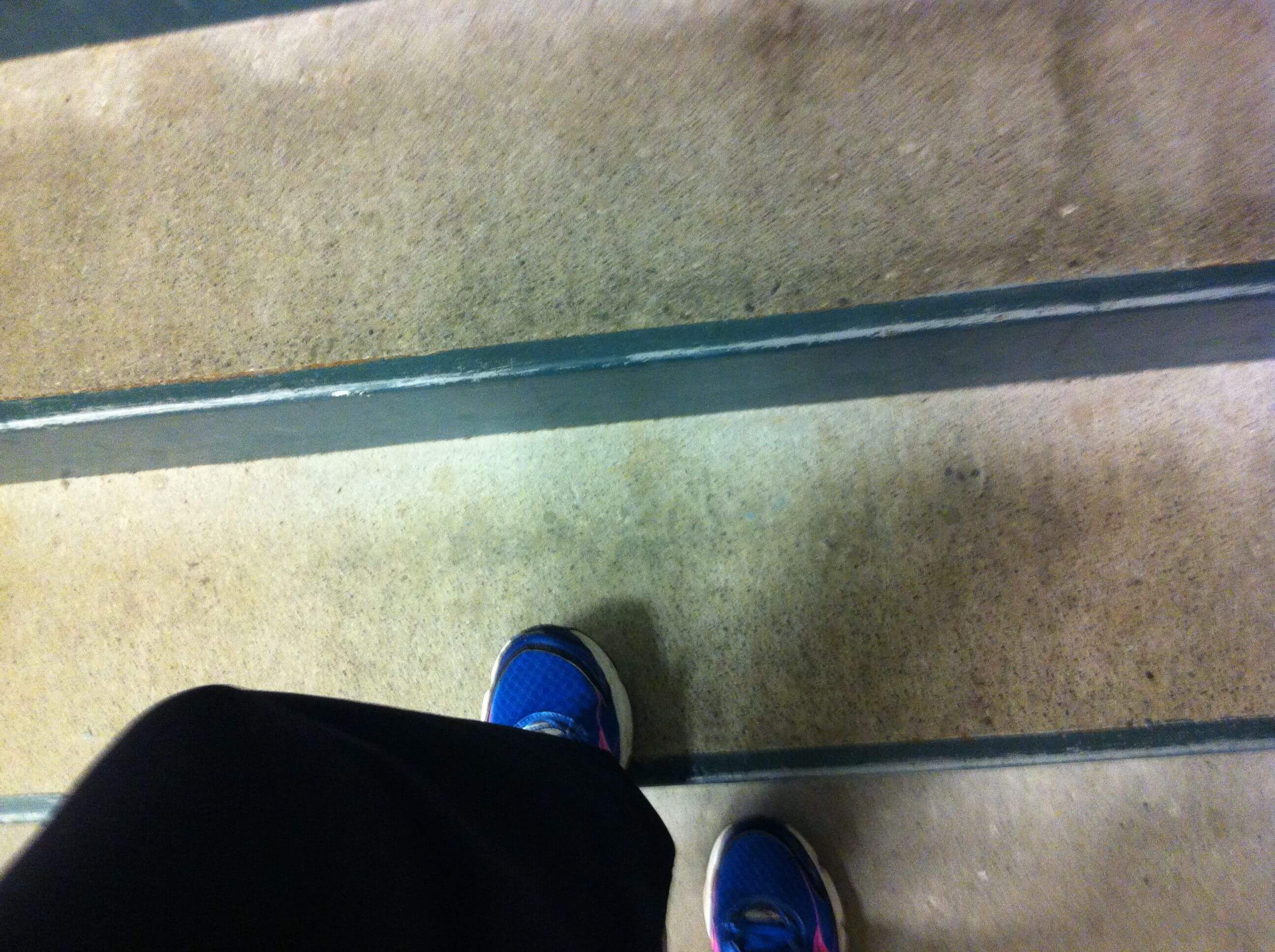 Two genius ideas I saw other people doing: using a deck of playing cards to count your laps (three women who were walking together, and said that they forgot otherwise, because they were too busy gabbing), and going down one staircase and up another to add some cardio to the walk (a couple ahead of me were doing this and I decided to do it, too).

Another friend of mine who is in school here at NSCC says she has been going to the gym and it’s really helping her unwind and get her mind away from school, and house chores, and all the normal rigamarole that can wear a person down. I can attest to that! Taking my walk in a well-lit, temperature-controlled public space with other people also being physical, while listening to my own music and being by myself, has been so helpful in relieving stress.