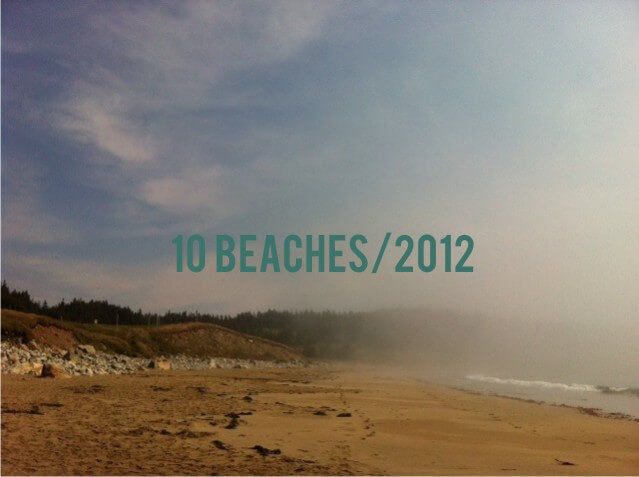 Kennington Cove is one of the darlings of the Cape Breton beaches. It’s sandy, wide, and set in a National Historic Site of Canada, so that the woods all around it are still intact, and there are no houses. Kennington Cove deserves its reputation as one of the best beaches on the island, as I found out when I went there last week with my friend Stacy. 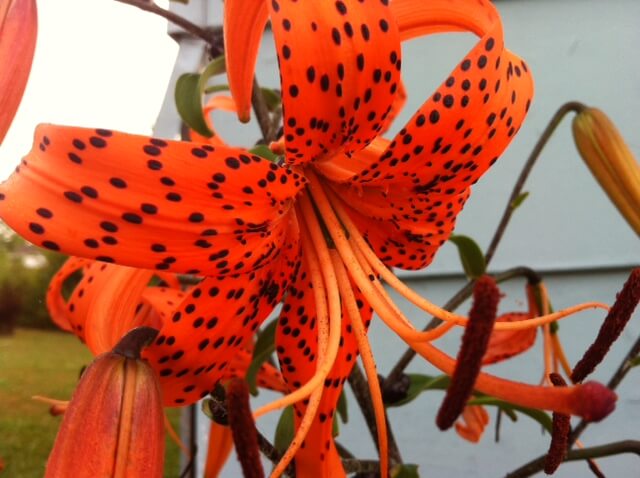 This is a tiger lily outside of Stacy’s house. I am absolutely in love with tiger lilies. They are so summery, so alive and bright! 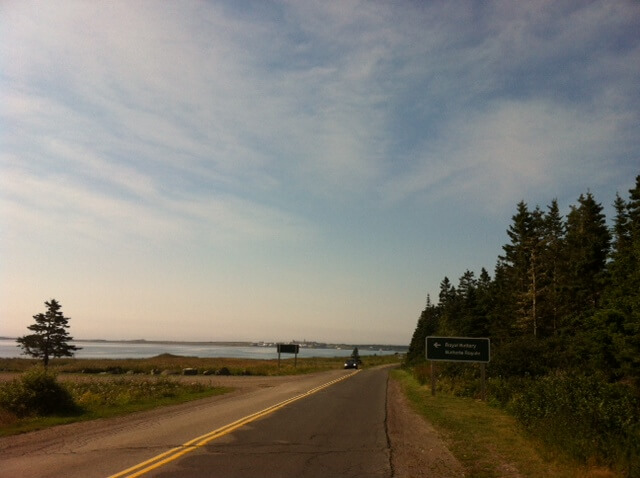 It was hot and sunny as we drove through Louisbourg, and then out towards the fortress. (It’s only small in this picture – can you see it?) 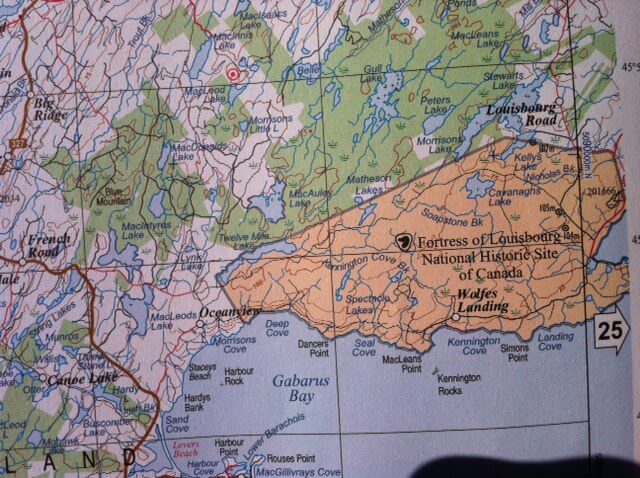 As usual, I had my Nova Scotia atlas along. 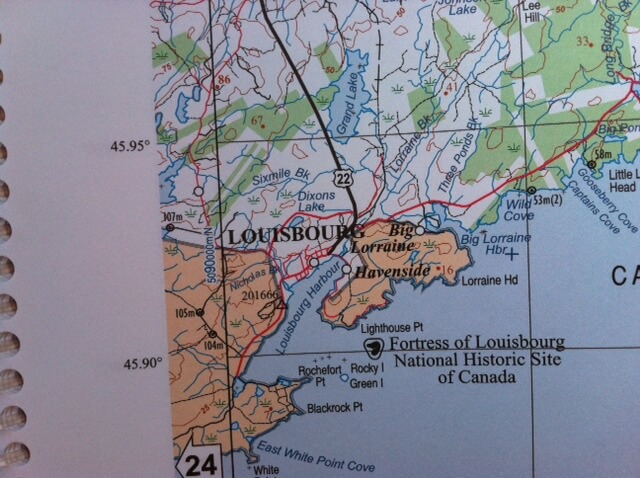 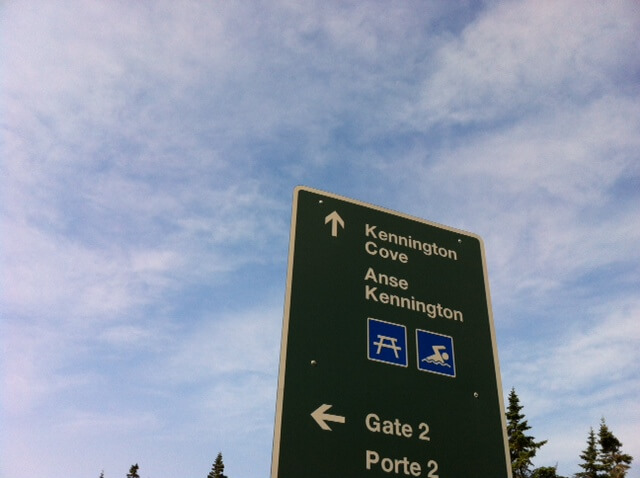 Even though it was sunny in Louisbourg itself, the fog was still settled on the coast when we got out to Kennington Cove. 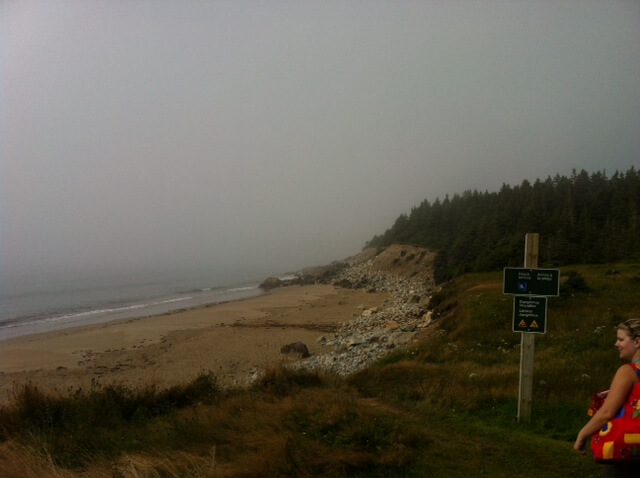 But we went down anyway.

I had brought along a big bubble wand and soap. We had fun twirling around, letting the wand release a flurry of bubbles. The big soap spheres floating around in the fog was magical. And of course I had to draw in the sand! 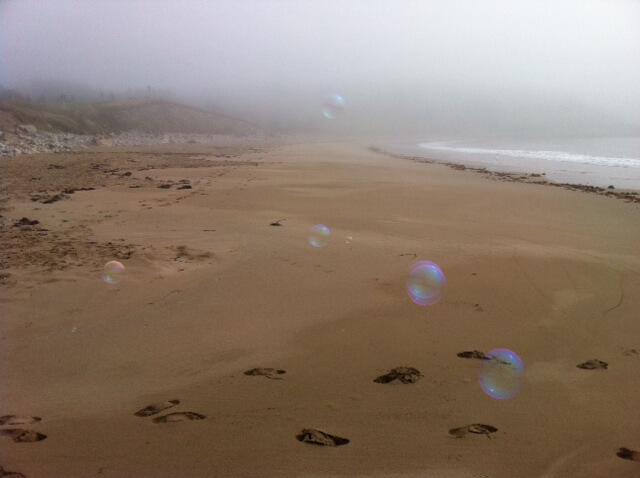 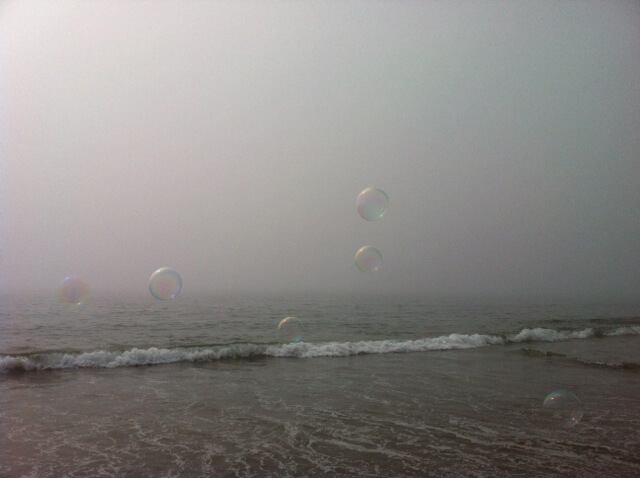 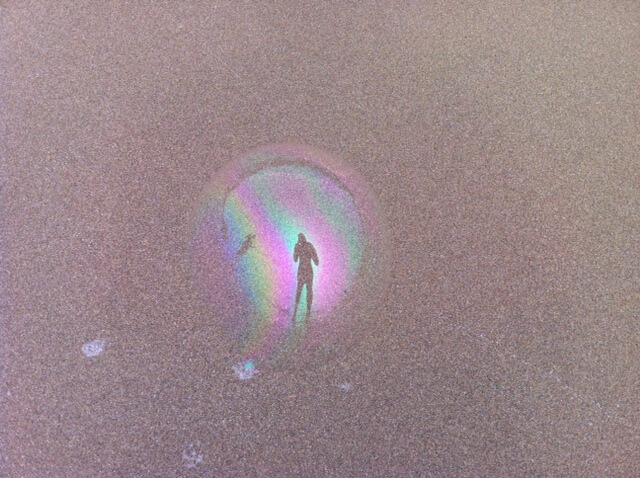 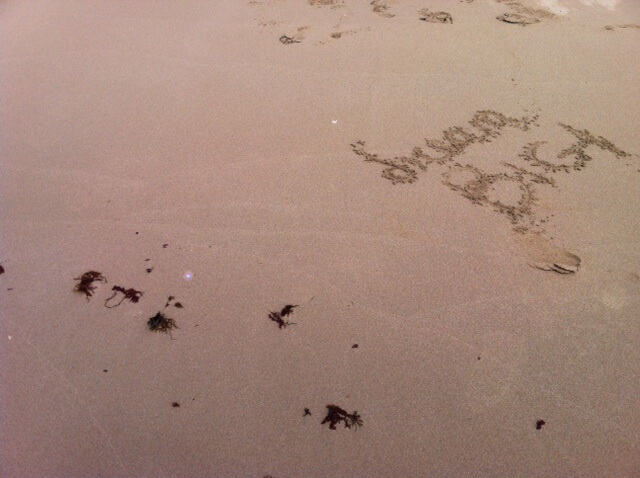 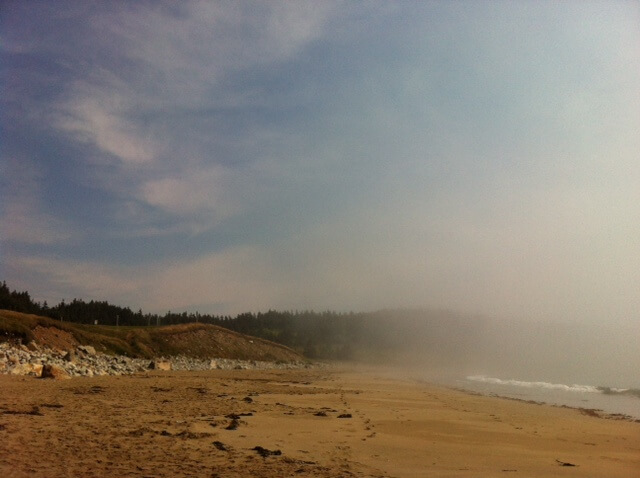 The fog slowly drifted back out to sea, and the sun was suddenly quite hot. We swam in the clear salt water and then settled in to read, me with my paperback, Stacy with her Kobo e-reader. 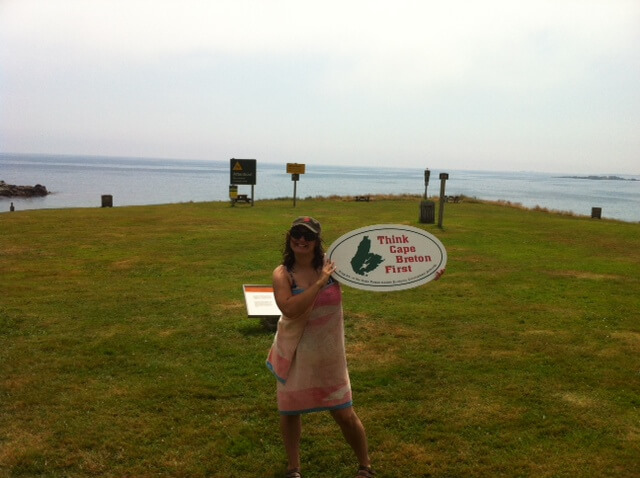 A few weeks ago I got myself a couple of the “Think Cape Breton First” signs that the Cape Breton County Economic Development Authority makes and sells. (Pretty good deal – two signs for $40!). I’ll be taking pictures of the signs as I take them with me on my travels around the island.

Then we went back into Louisbourg. 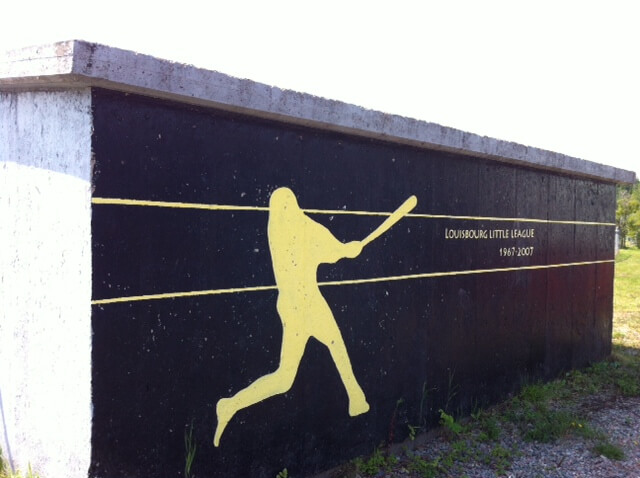 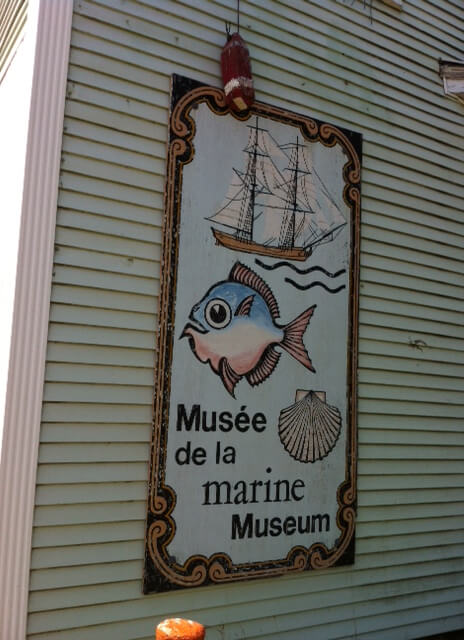 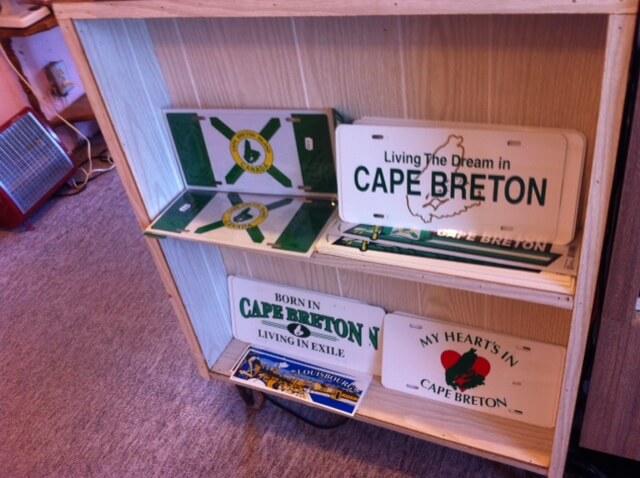 (I had warned Stacy before we set out: “I stop to take pictures, a lot. I hope it doesn’t annoy you.”) 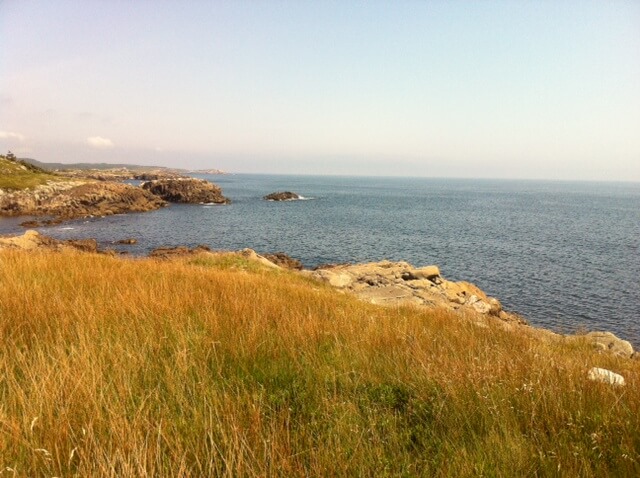 Then we went out to Lighthouse Point to check it out. I had no idea it existed! I had assumed I knew the lay of the land around Louisbourg, and it turned out there was a section I knew nothing about! Fancy that… Cape Breton really is a big island, with so many interesting coastlines and hills, that it could take your whole life, just exploring it.

That last picture above there, that’s the section of coastline that the English climbed up to lay siege to Louisbourg. They hauled cannons up these rocks and then overland. Cannons, y’all! It’s crazy to be there, physically, and think that it’s only time that separates me from those people. They were in the same space, the same place. That’s nuts!

To get to Lighthouse Point, take the Havenside Road off Route 22.