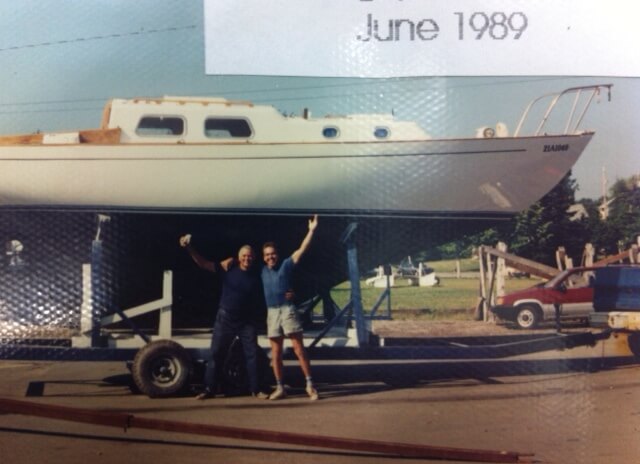 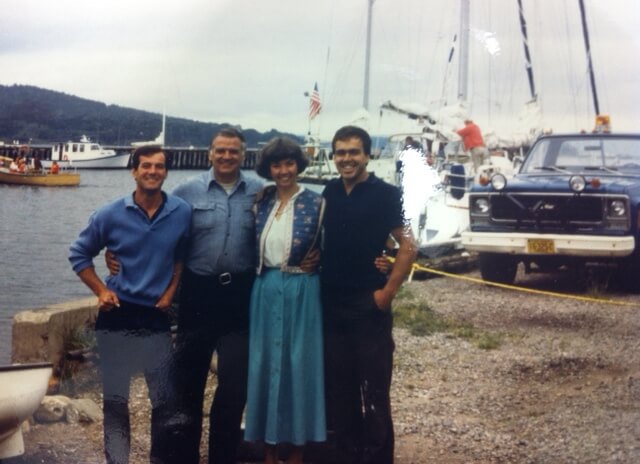 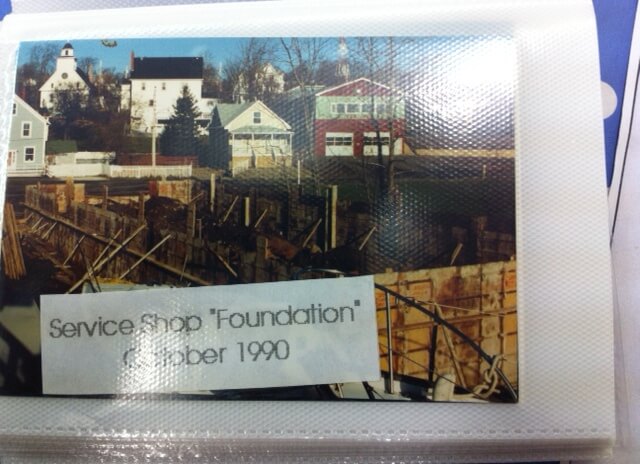 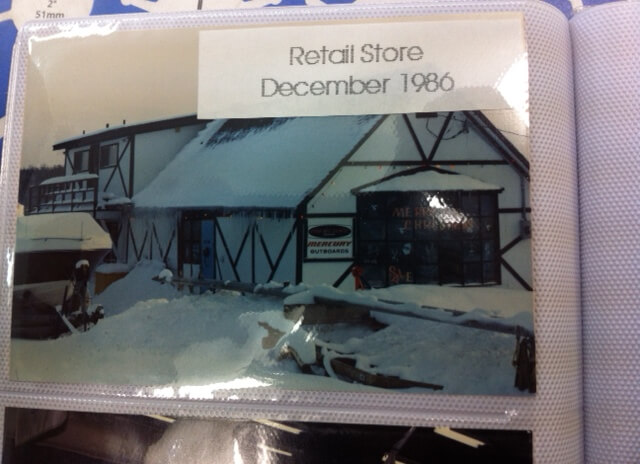 Yesterday at the marina we had a little party. The occasion was that it was forty years since Charles Weaver began operating this business in Baddeck. He started it as “Baddeck Marine and Sports” and over the years it became “Baddeck Marine“.

It was really special for me and for all of us to celebrate such an achievement: staying in business for forty years, in such a fluctuating economy and industry, and remaining small yet strong. Baddeck Marine has helped out countless boaters over the years, hired dozens of local people, and been a mainstay along the waterfront for tourists and locals alike. I’m so proud to have been a part of its history just these past four years, and to have gotten to know such wonderful, down-to-earth people.

As everyone at the party yesterday said, “Here’s to another forty years!”

(In case you’re wondering how I, a non-boater, came to work at a marina, you can read that story here. And you can read about “a day in the life” of my job at the marina too.) 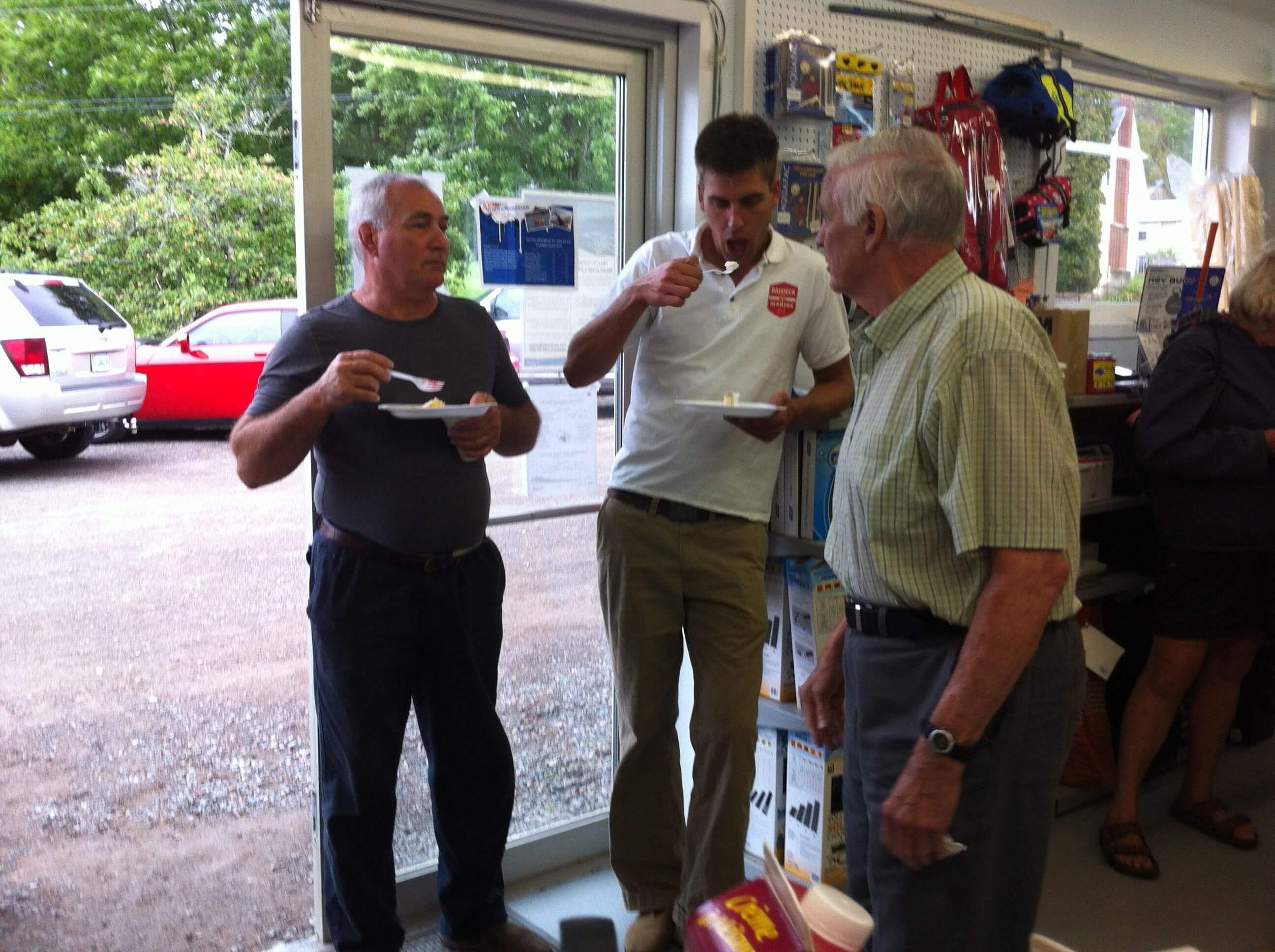 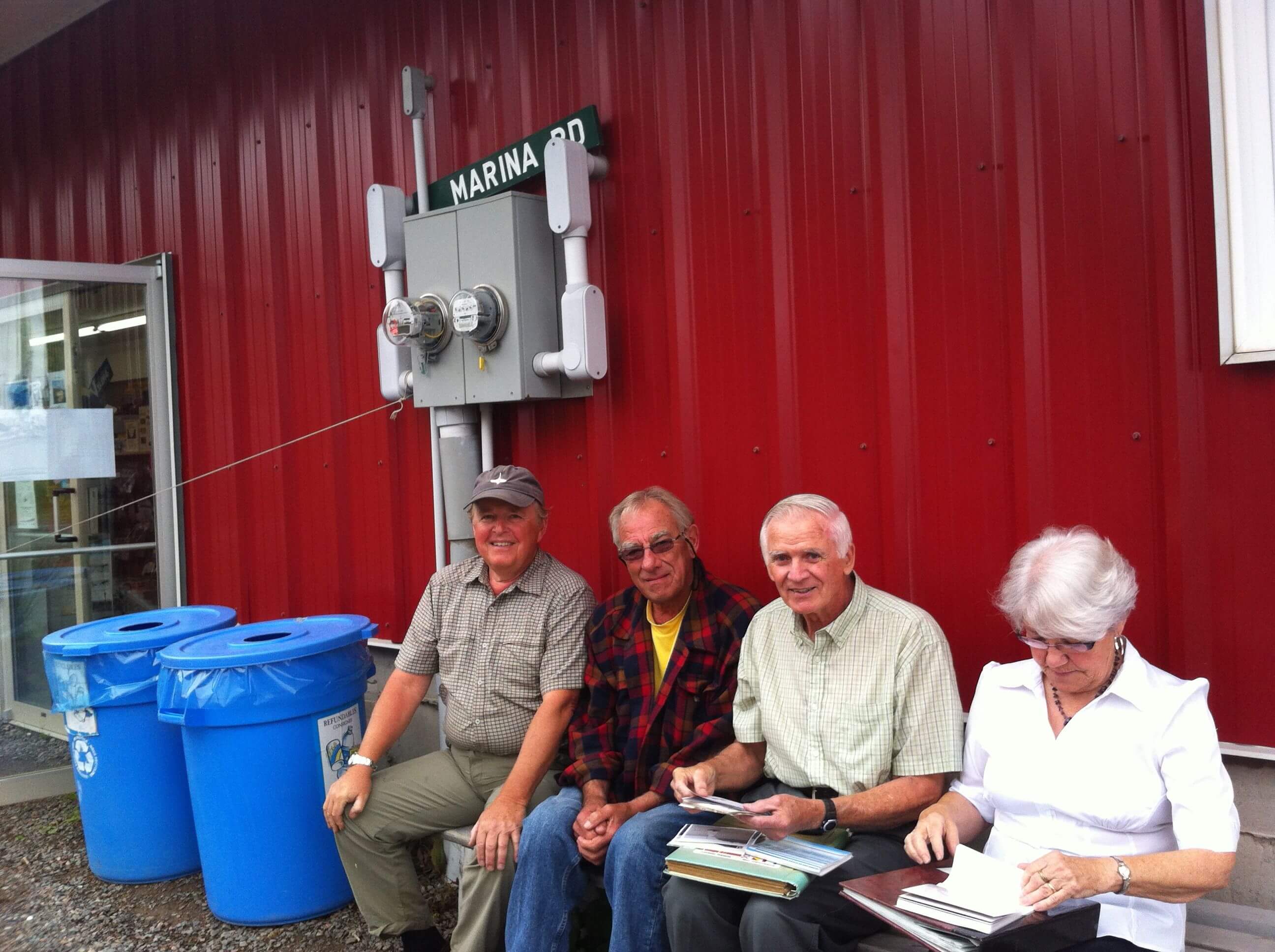 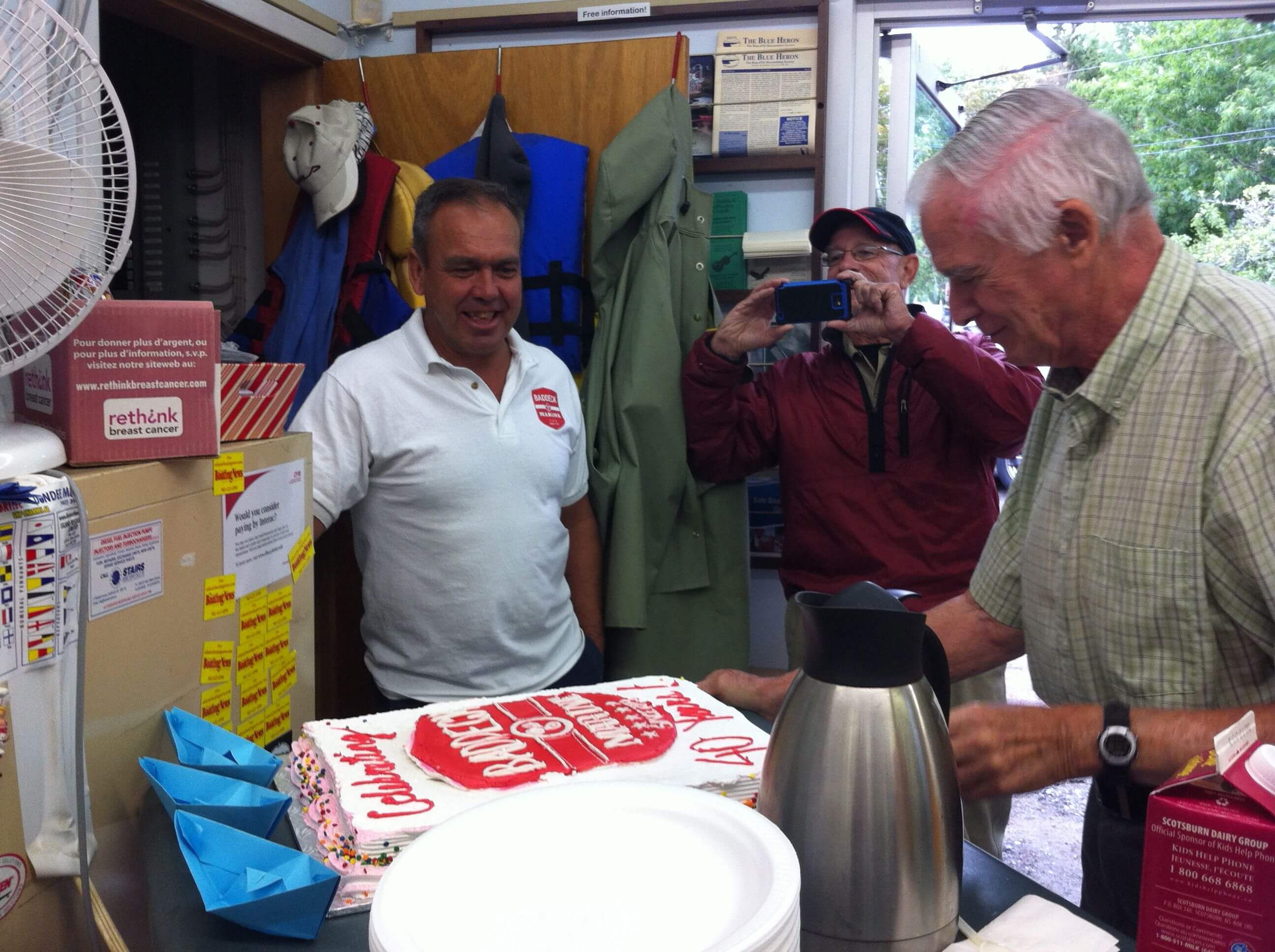 Stuart Germani looks on as Charles prepares to cut the cake. Richard Herring taking a picture from the other side. 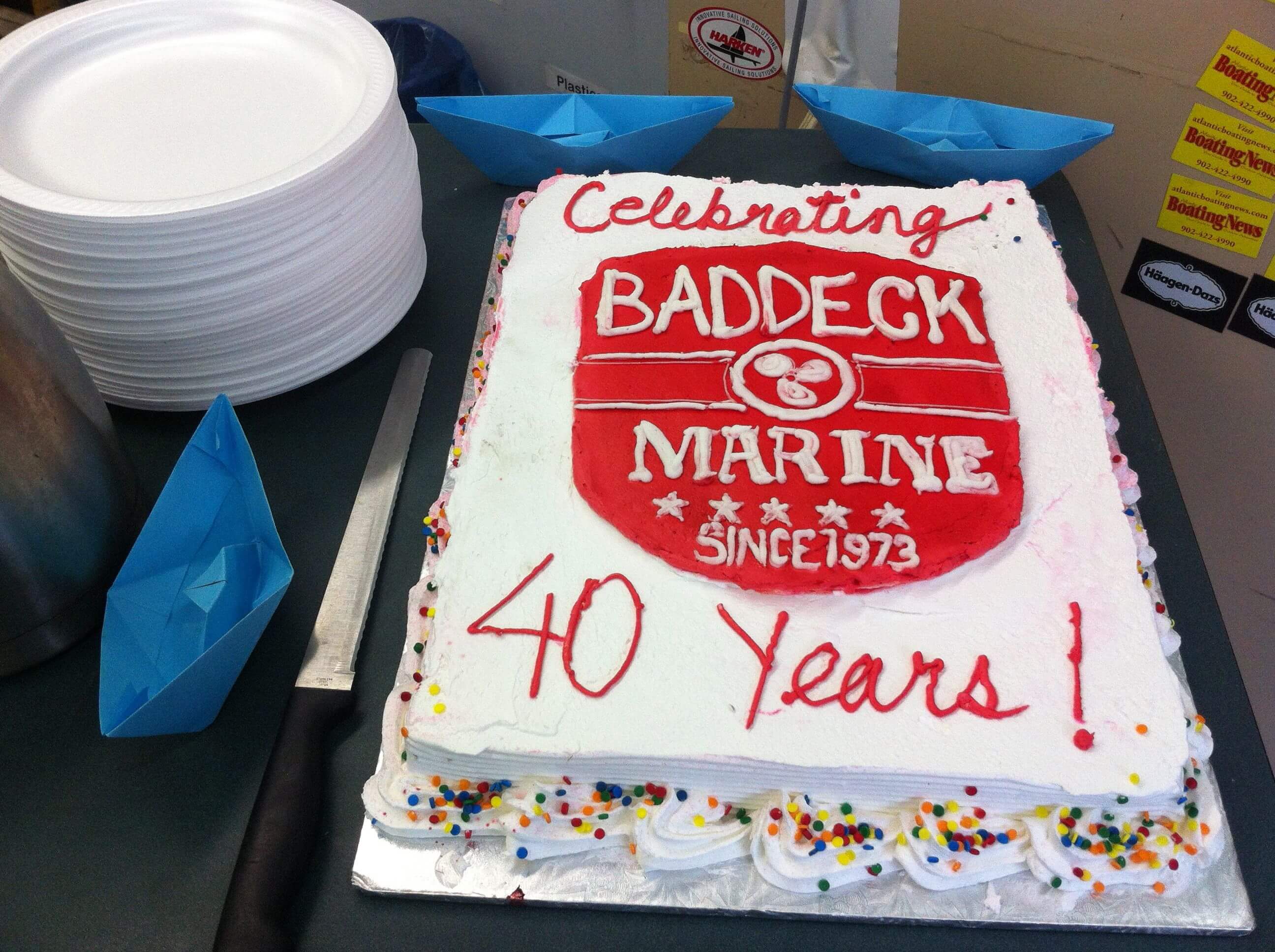 1 Response to a celebration