Maurice “Scoggie” Watson was 27 when Cynthia Scott made a film about him. It was 1975. This film is almost 40 years old. Yet, the stories in it, and the truths they reveal, still ring stingingly true. If you live here, you get it. You get Scoggie’s devotion to a lake. You get why happiness and simplicity trumps leaving. You get, also, what he says about his peers and why they have to leave: that’s still true too. “You have to be just be determined to stay here and stick it out, and maybe …work a little harder than you would …if you went to a big city where you get in softer jobs.” “Calm and ordinary, hard-working people, that’s my kind of people. Down to earth people.” 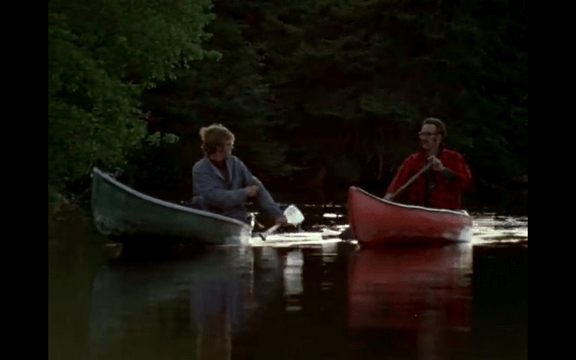 “Sometimes, you meet a girl, that you think a lot of, and she can’t stay in Cape Breton because she can’t get work, in her field, and you get to think a lot of her and she has to leave here. That’s happened quite a few times. Where they find they just can’t, they just can’t stay around here and they have to leave. And sometimes go back to the big city or something like this. That’s one disadvantage of Cape Breton.” 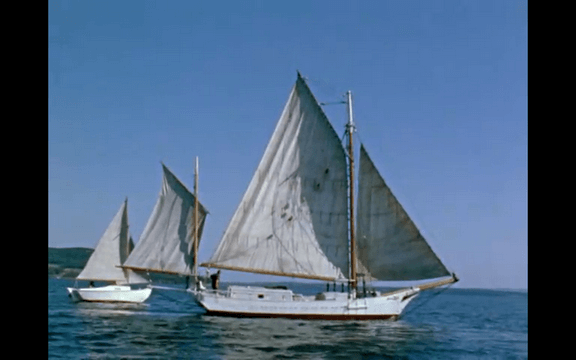 “A lot of the kids growing up, they get pushed into college whether they want to go or not, and they’ll go to college and they’ll specialize in something. They get this specialized field and a bunch of letters after their name, and they have to go somewheres else to get a job, where they specialize in a certain field. Around Cape Breton, you don’t get that many jobs. So they have to, they have no choice. They have to leave Cape Breton to get the right work, that they’ve been studying for for years. They’re not trained to do anything else. They couldn’t stay around Cape Breton and start a farm, or start a maple syrup industry, or something like this. They studied all their life on kangaroos in Australia, and that’s where they have to go. Opposite of them, I didn’t have to specialize in anything, I just tackle anything, and take what would come along, and love Cape Breton enough so that I could stay. I don’t see any reason to leave, long as I can get a bite to eat every now and then.” Scoggie passed away last month. I knew him a little bit; he once fixed a headboard of a sleigh bed I bought off Kijiji, with a piece of cherry wood that he had. Getting to go to his workshop, and shoot the shit, meeting the other fellows who dropped by, is a memory I’ll treasure. Scoggie’s cadence of speech and his wry wit always made me laugh, when he would come into the marina where I worked for four years.

After he passed, his daughter, who was a schoolmate of mine in Baddeck, sent me the link to the movie, which I had actually never seen. So, I watched it, and was totally blown away by it. You can watch it here.

I’m so glad we have this film to remember Scoggie with. His plain and simple, yet profound love for Cape Breton inspires me to keep on loving what I love. I’ll miss chatting with him and sharing banter, absolutely. But the way he lived his life was not for nothing.