thoughts from the storm 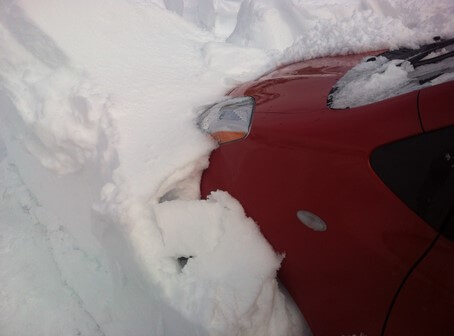 The big three-day storm we just had knocked me for a loop! That, and the fact that I was sick with a cold all during it, too. And, the fact that classes at school end in three weeks… that is blowing my mind! I feel not ready at all, and also somewhat ready, to be out at my work term and out in “the real world”, whatever that is.

(How I feel about it changes pretty much every ten minutes.) 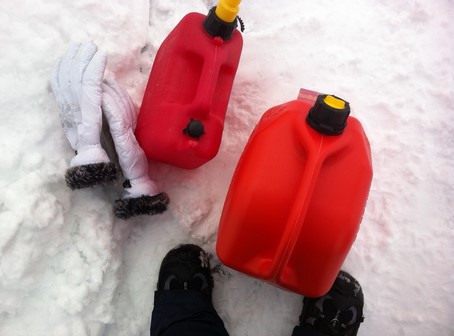 Facing my fears of machinery and messing up: running the snowblower was actually really fun.

Anyway, this whole time that the three-day, early-April ice storm was raging and people were tweeting and Facebooking about it, I kept thinking of this phrase that I wanted to make into an image or a status update, and share, but which I didn’t because I honestly don’t have the energy or the patience to get into an online debate about climate change. But here’s what I was thinking: Mama Nature, being all like, to people: “Dude, I warned you about climate change. Don’t act so freaking surprised that it’s actually happening!”

I mean, right? It seems like there is still a giant elephant in the room when a “weather event” like this happens. We’re all amazed by it, we all comment to one another how crazy it is, and that’s where the conversation stops. 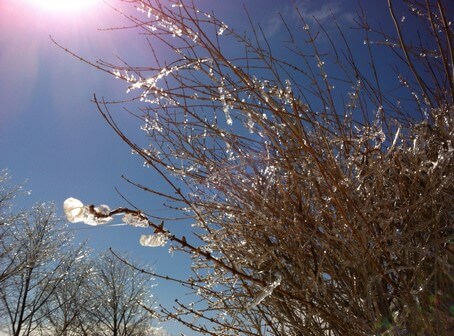 Maybe because beyond that, beyond commenting on the craziness of the weather, we honestly just don’t know what to do. It’s like maybe if we wait, climate change will just go away, just solve itself. Like the stuff in the junk drawer in everyone’s kitchen.

Personally, I hate even talking or thinking about it, because I feel like Debbie Downer when I do! Like a big “whomp whomp” noise should play when the subject comes up. It’s no fun!

But after a big storm like this one, its like the elephant in the room got mad and decided to start running around in circles. Hard to ignore that for very long! But it sure would be easier to go “la la la! this isn’t happening!” than to try to wrestle that angry elephant and get her to stop smashing everything in sight. I get it.

Anyway, I’m not really sure how to wrap up this post, so I’ll just end it here.