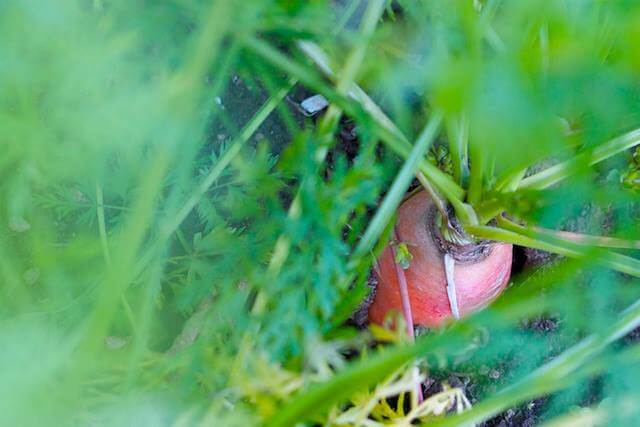 one of our carrots 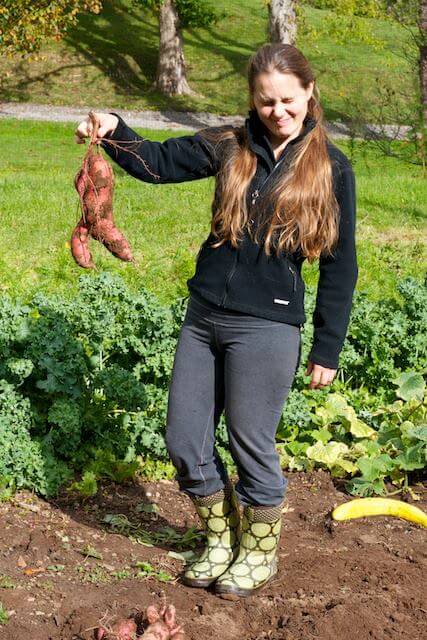 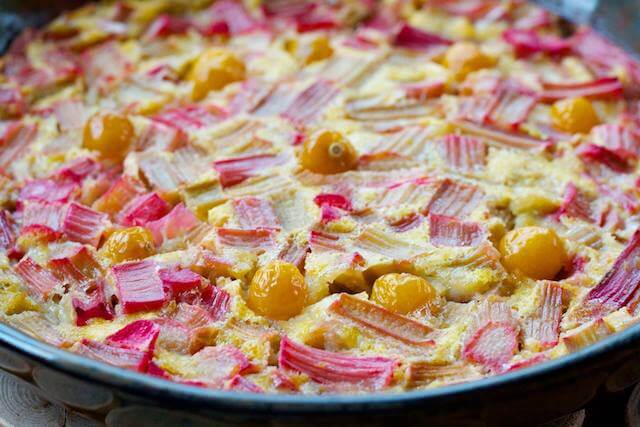 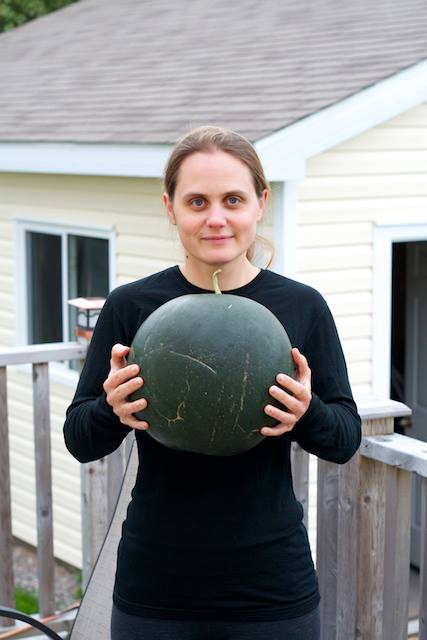 Faith with our watermelon 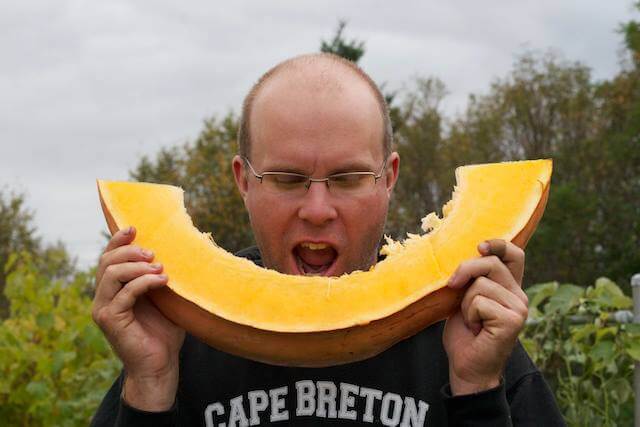 me eating a giant squash 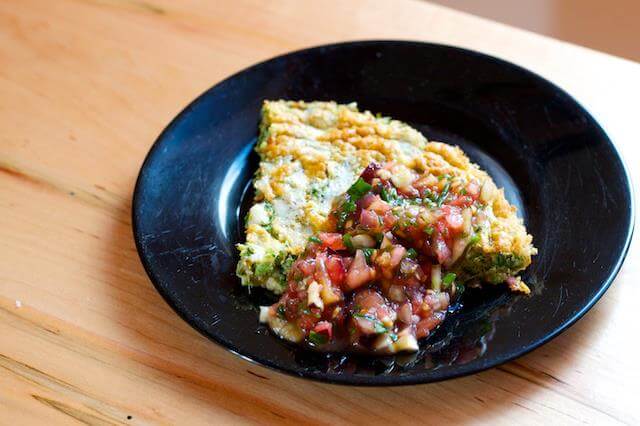 Why did you do the month-long challenge last year to eat only CB foods?

There were a couple of reasons why we took the challenge:

First, our friend Alicia Lake does a month-long local food challenge as part of her promotional work for the Baddeck Farmer’s Market. She challenged us to try it and after some thought we agreed to help her out. Alicia does her challenge in September so we decided to do it a month later, in October, to up the ante. She also let us write about our experiences on her blog. [Click here to see the posts just by David and Faith.]

Second, we thought that it would be an interesting personal experiment. We have a big and varied garden and what we don’t grow we try to source from local producers. However, one always uses non-local ingredients, sometimes because it’s easier and sometimes because there is no other choice (you can’t grow Avocados – my favorite – in Cape Breton). Ultimately, we were curious to see if we could go 100% local.

What was hardest about it?

We can’t really narrow down on one hardest part but I’ll list a couple challenges.

The first challenge was the lack of a few key ingredients, namely grains and oils. A hundred years ago Cape Breton supplied plenty of its own grains and rendered oils but today you can’t find anything (some may think butter is produced here, and it is, but it is mixed with other milk products from off-island). I have a sweet tooth so going without desserts and baked goods was tough. However, there’s always maple syrup!

Quick food was tough – a sandwich for lunch when on the go was a no-go. We went for a hike one day and were woefully unprepared with our tasty but less-than-filling carrots. Sometimes you just need a granola bar.

The second challenge was coming up with creative new ways to prepare foods. Sometimes, we took a familiar recipe and modified it for only local ingredients and sometimes we just made everything up. It was hard work but it was a lot of fun as we both enjoy time in the kitchen. There were successes and there were a few epic fails but we never ate food that wasn’t nourishing, fresh, and 100% Cape Breton.

Walking out to the garden each morning to pick what I needed for the day’s meals. Also, finding meat was pretty easy (except chicken).

What would be a good first step for someone who’d like to eat local but has no idea where to start or feels overwhelmed by the idea?

First thing to do is start a little garden. It doesn’t have to be big, just some lettuce and a few peas or some tomato plants in a pot. Dig up some of that front lawn! It is very satisfying to grow your own food and even doing it on a small scale gives a great appreciation for the care and work required to provide something we usually take for granted.

Finally, seek out a farmer’s market, they’ve sprouted up all over the place. You’ll find plenty of local food and people interested in helping you out on your local food adventures.

This Q+A with David and Faith is part of an ongoing series of interviews I do with people associated with Cape Breton in some way – mostly young people, but not necessarily. The complete list of interviews is here.

More local food information can be found here (the Local Food page) or in these Q+As: Bryan Picard, chef and George Smith and Cora-Lee Eisses-Smith, chef and dinner host.