Out Of Black Cove 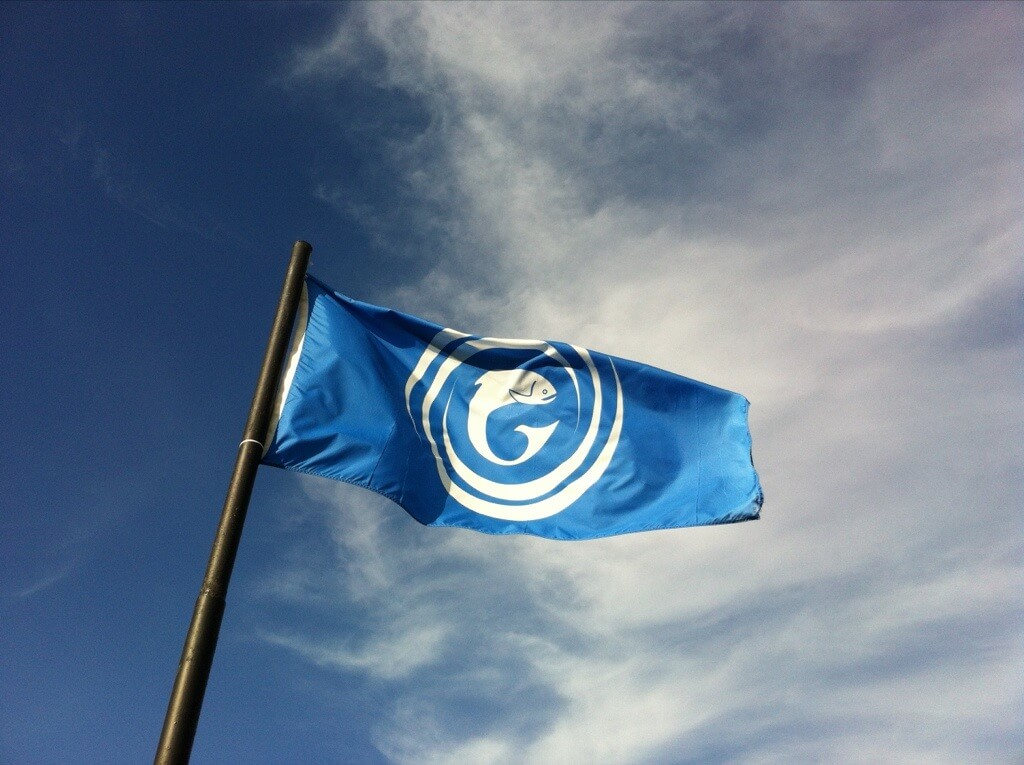 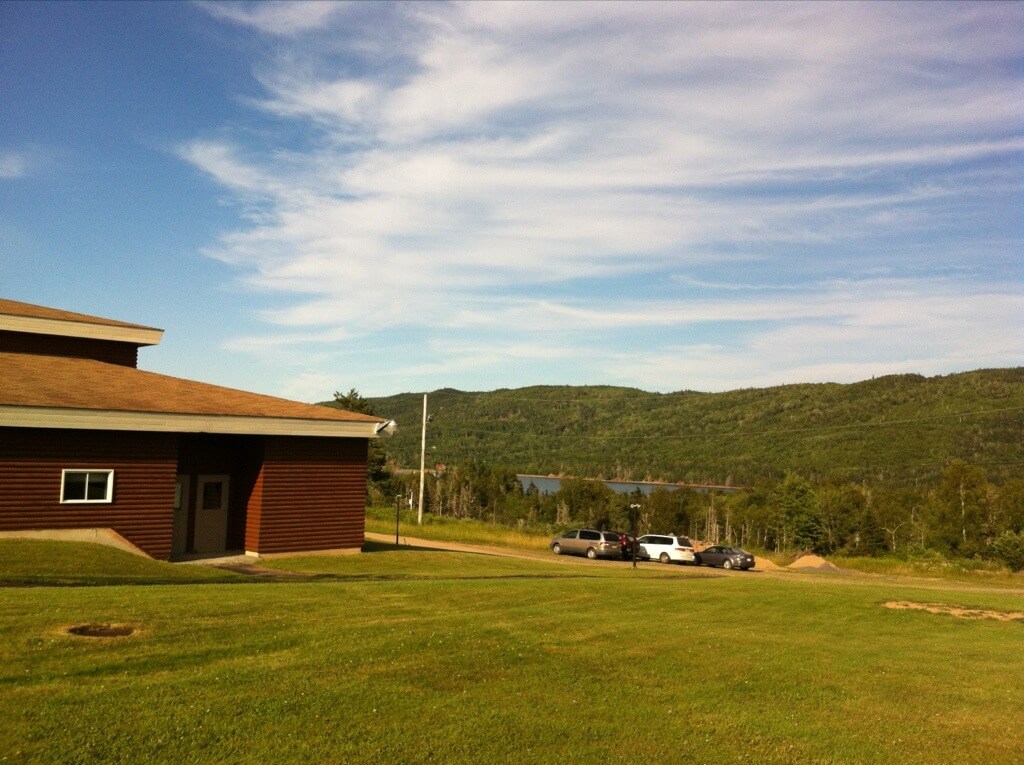 Last night I went to the Gaelic College to see the play “Out of Black Cove” by Bev Brett. Reason #1 being that my brother was in it, but reason #2, a very close second, being that I love everything Bev Brett and the St. Ann’s Bay Players do.

My friend and I got there early so we wandered the grounds, talking about the college and sharing our memories of the place. She went there as a kid, and I did not, but still, the place seems like it has always just been there. 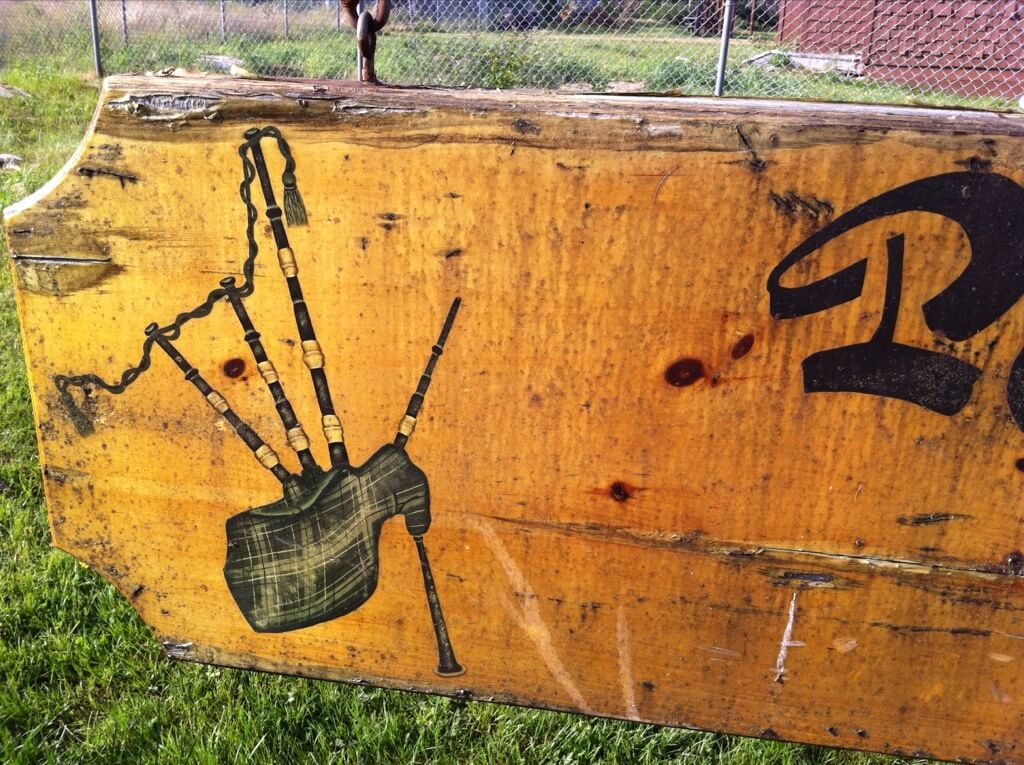 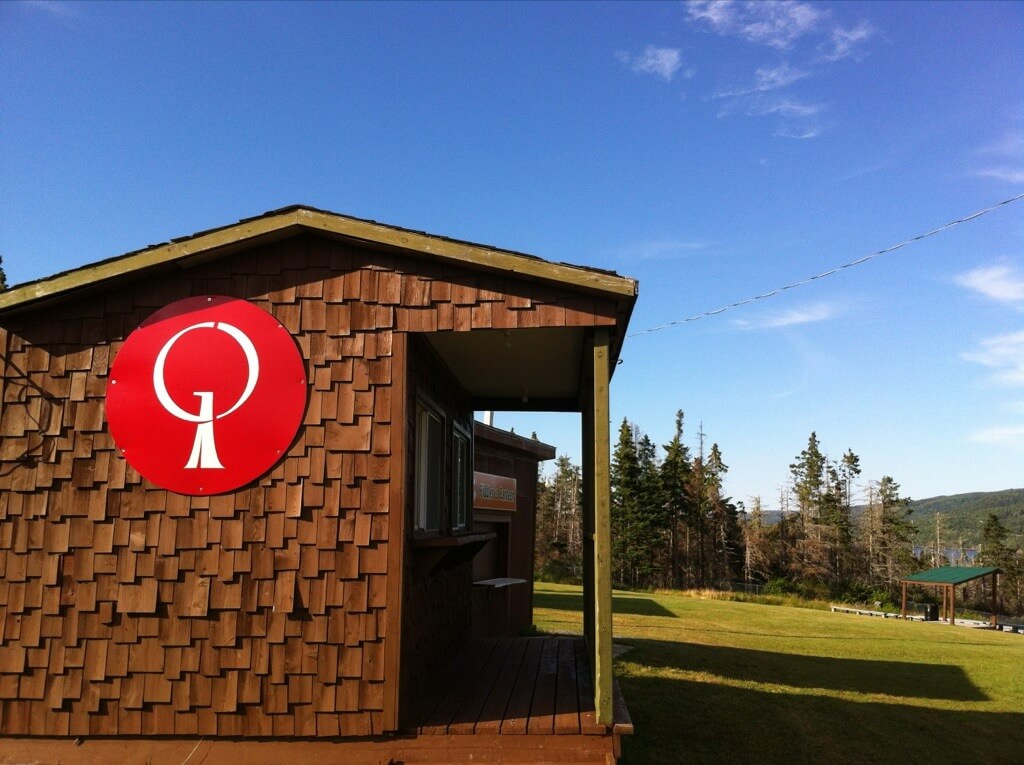 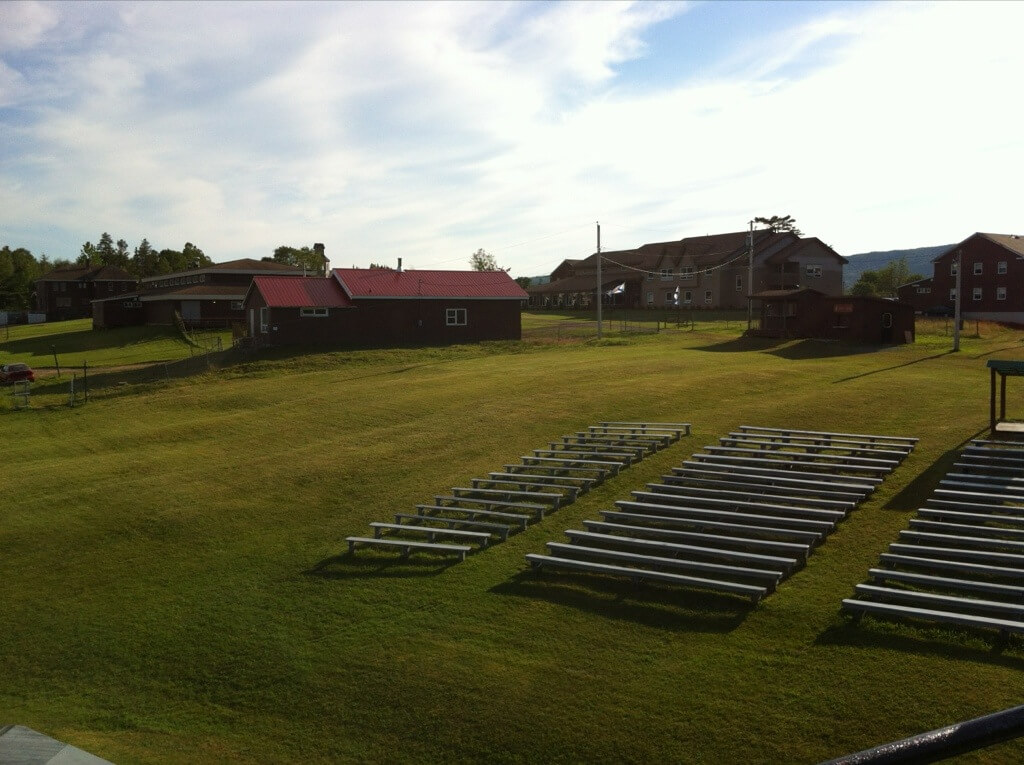 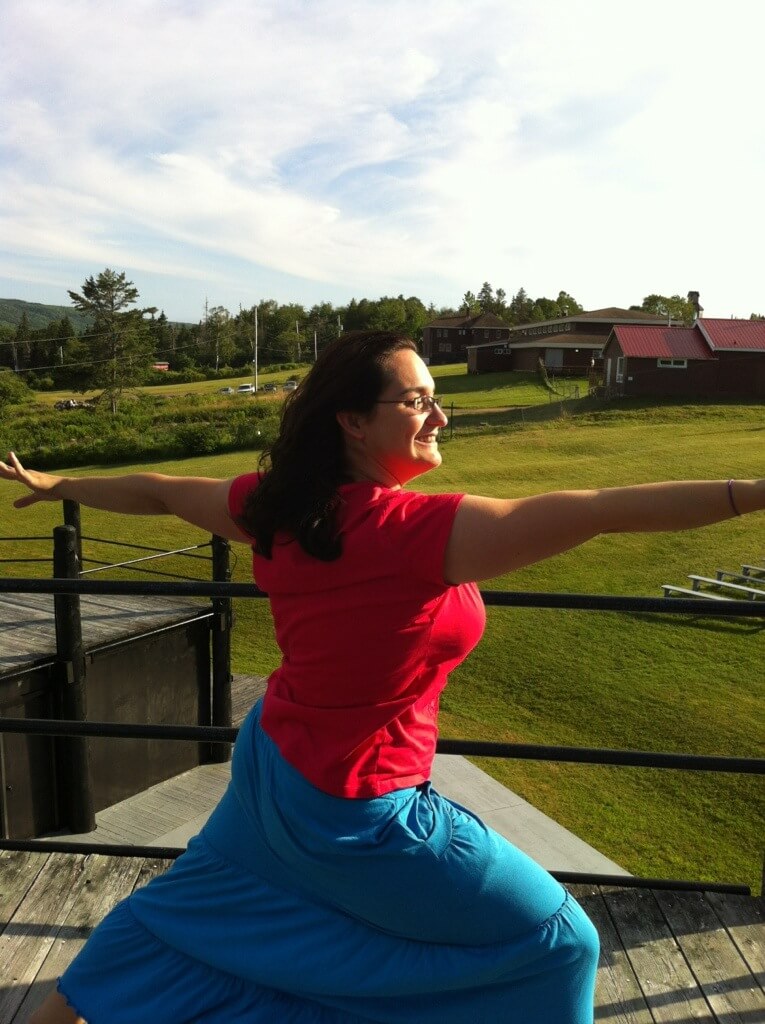 Knowing that our friends were over in Whale Cove doing some yoga on the bluff, we climbed to the top of the tower and did some yoga of our own.

Todd Hiscock as AWR MacKenzie, the founder of the Gaelic College. 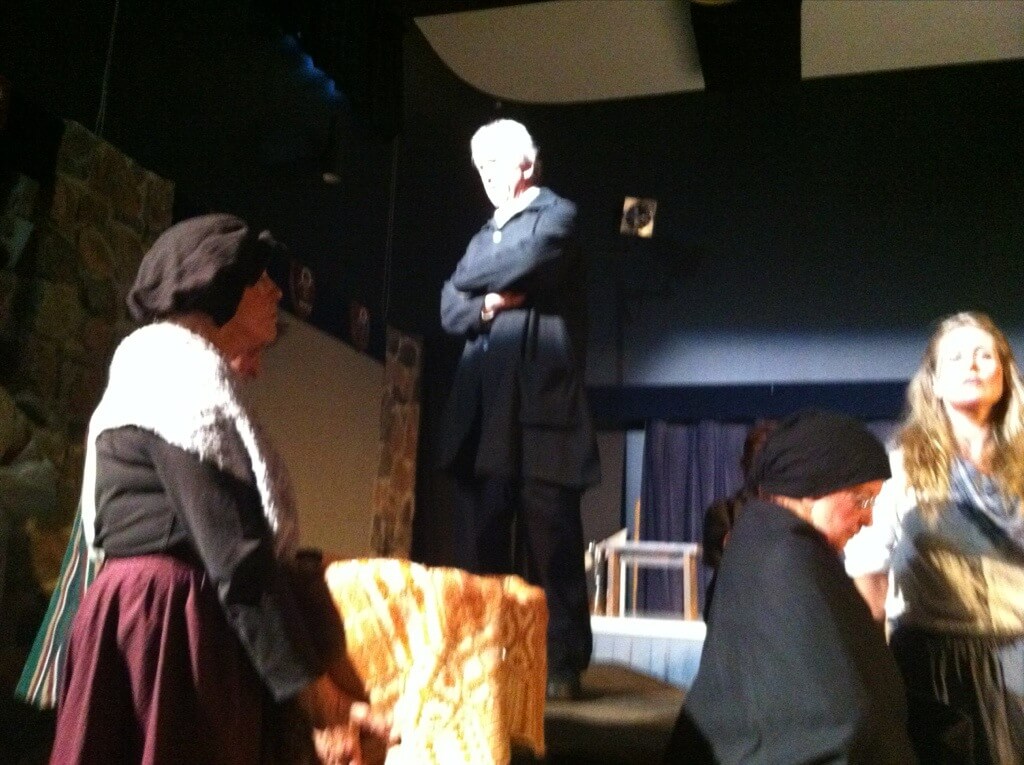 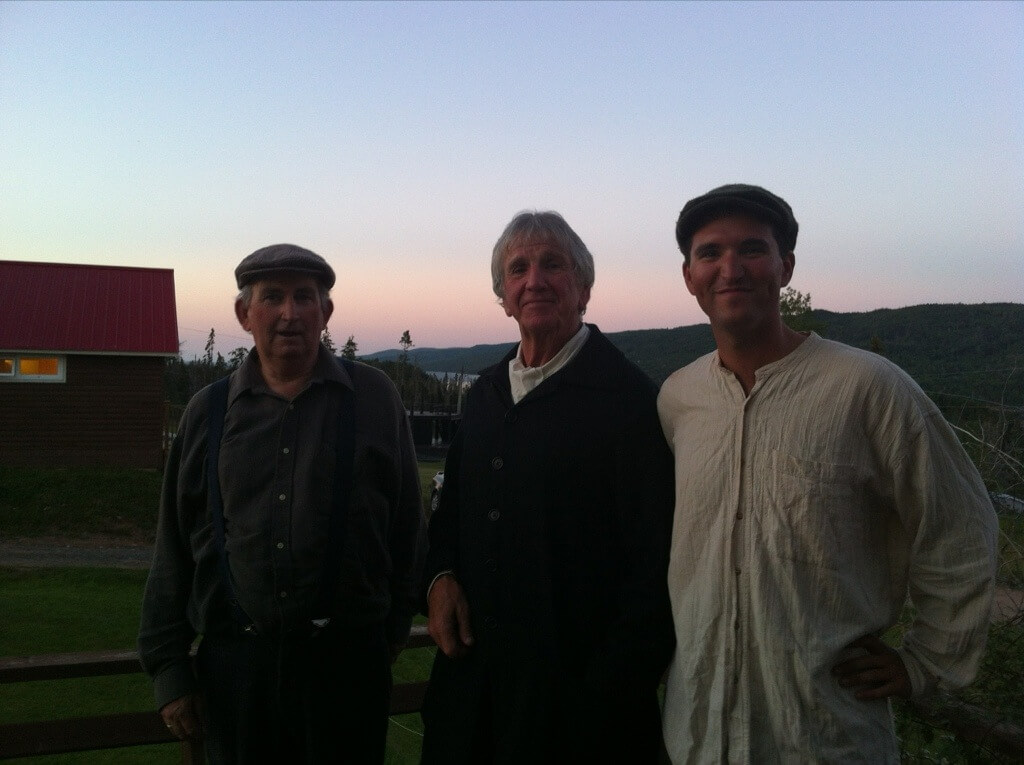 At intermission I snuck backstage to give my brother a hug. Here he is with his castmates George Dauphney as Kenny and Frank MacKenzie as Rev. Norman Macleod. 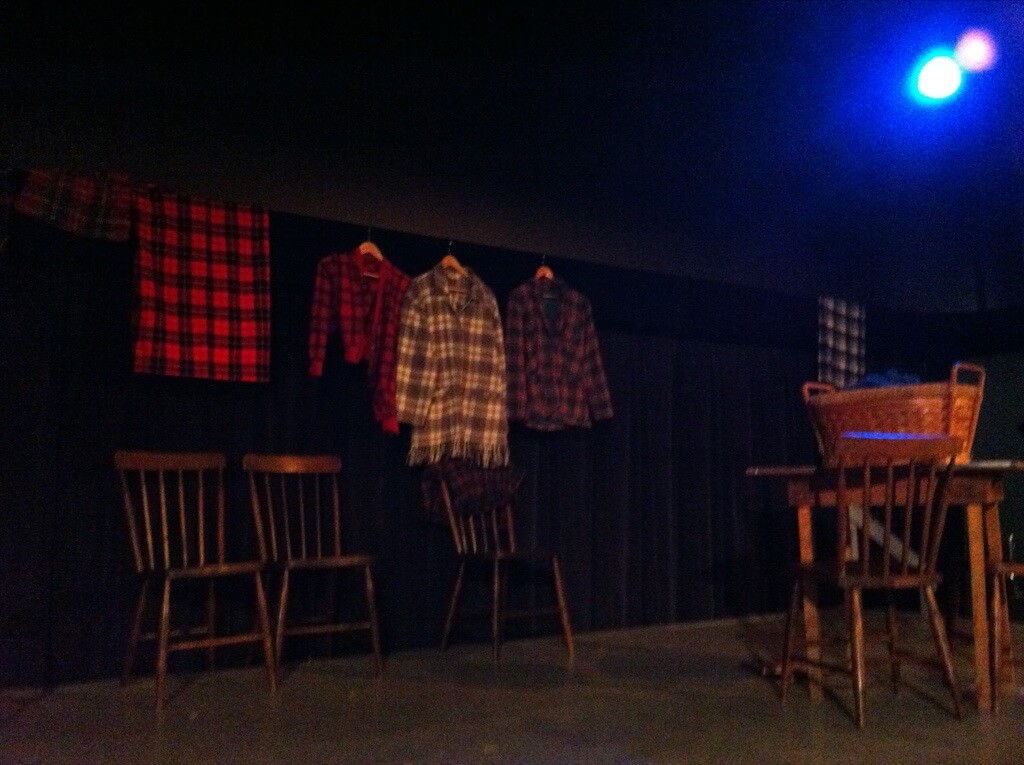 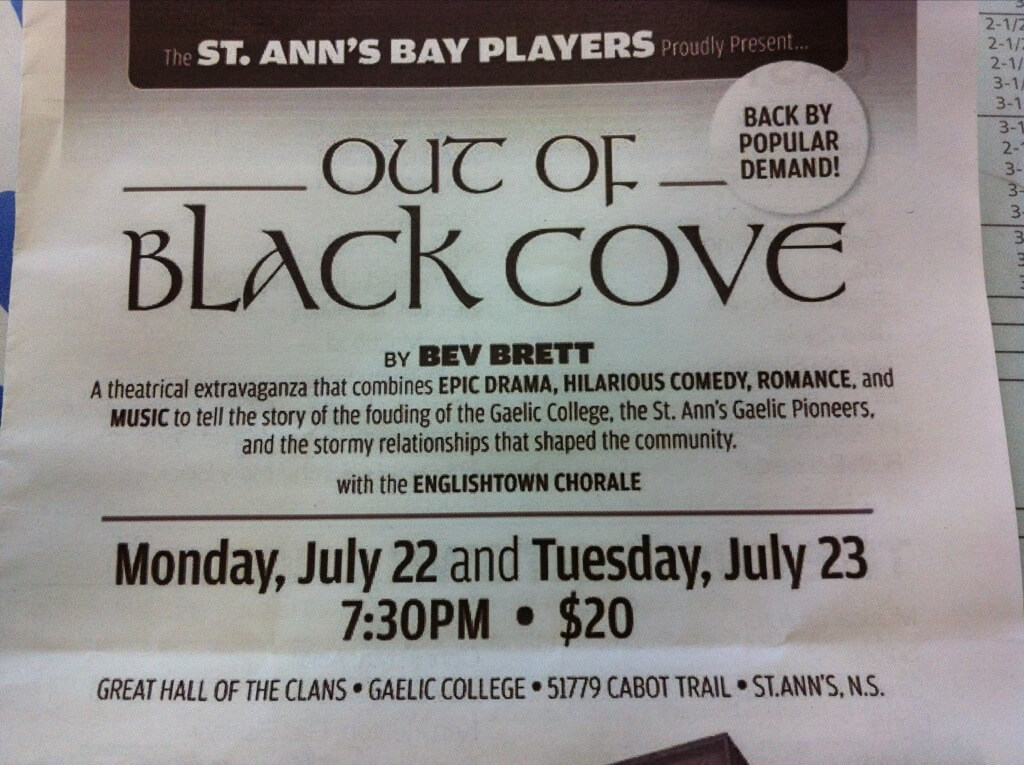 Overall I thought the play was wonderful. Bev Brett is such a talented playwright – she weaves comedy and drama together into a beautiful cloth. Watching the play, history did come alive. It was easy to be interested in the stories, the twin stories of the Normanites, and the Gaelic College founders, because they were human, just like us, with love, passion, fear and strife just like we have now.

I also thought it was interesting how one of the most common themes here today, whether or not to leave, was present in Scotland in the 1850’s and in Cape Breton in the 1930’s. Perhaps it will always be so.

Anyway, a huge kudos to everyone involved with this play – truly a labor of love, it was so well done!

3 Responses to Out Of Black Cove