Slow down. Please, slow down. 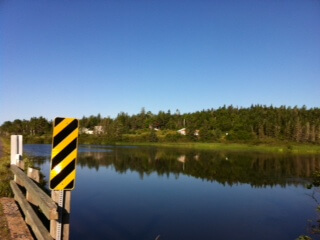 The fire siren went off about two hours ago. Our town still has a fire siren that sounds when the fire trucks are called out, and usually it’s a false alarm. I know that, because one of my co-workers is a volunteer fireman, and the marina is directly across the street from the fire hall, so he’ll often go to the call, and come back a few minutes later.

This morning he hasn’t come back yet.

We pass bits of knowledge to each other like bees touching antennae, in passing: “I heard it on the radio, road closed both ways, probably all day.”

“Yeah, I heard it was in St. Patrick’s Channel.”

There have been too many accidents this summer so far. (Any is too many, but it feels like there have been an awful, awful lot of them lately.)

I know, when you’re driving, wherever you’re going feels super urgent. You might be running 15 minutes late, and it feels like if you pass someone, you’ll save lots of time.

And going fast feels good, I get the adrenaline rush too. I love flying along the highway, feeling the power of my vehicle as it zips along.

So I need the reminder as much as anyone else – slow down. Go slower. Take your time. Be watchful of the other drivers.

Honestly, you might save two minutes by passing someone. But the accidents that kill people only take a split second.

This entry was posted in Leah's thoughts and tagged car accidents, summer, travel. Bookmark the permalink.

2 Responses to Slow down. Please, slow down.