Back to work, then off to Banff. 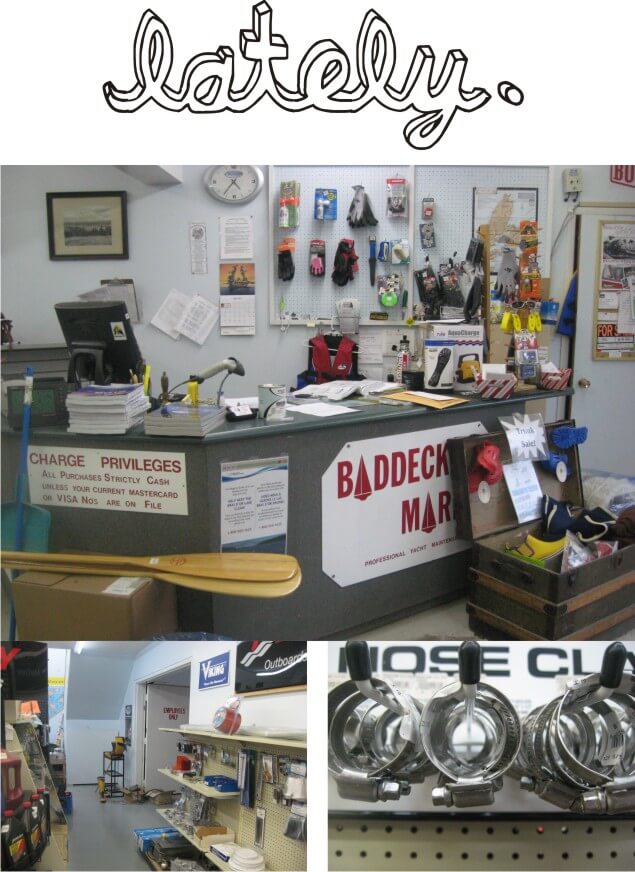 This is where I work, Baddeck Marine. I was laid off for the winter, but then they hired me back for the summer. I started this week. I work in the store – technically I’m the “store manager”, but I am the only store employee, so I manage… myself.

I can be pretty hard to deal with sometimes, though, so I guess the title is justified. Ha.

Anyway, I’ve been pretty busy, repainting the store floor, which we’ve done in sections – hauling and moving all the stuff from one section over into another, then painting it, then waiting a day for it to dry. Then moving the stuff around some more, etc. All of this while the regular store activity goes on, like people coming in looking for stuff. It’s a little chaotic! But, it’s all coming together.

It’s good to be back to work. Tiring, yes. And, I don’t have as much freedom (time-wise) as I did when I was on EI, but… the trade-off is that working, and having a job to go to, is definitely good for the psyche.

Next week I’m heading to Banff for a couple of days! This is why: I’m one of the directors of the Cabot Trail Writers Festival. (You might have heard, or maybe not, that we released to the press and the public the names of the writers who’ll be part of our 2012 festival, and one of those writers is one of my personal heroes, Kate Beaton! It was so hard not to share that secret for the past couple of months. But now I can shout it from the rooftops!)

Anyway, next week in Banff, people representing all sorts of different literary festivals across Canada are meeting up to talk about, well, literary festivals. On the agenda: fun, interesting topics like how to get funding, and what sorts of partnerships we can form with each other. I’m a total networking nerd, so I’m really looking forward to this.

The festival I’m part of is run by five volunteer board members who sit around the kitchen table of two of the members for our meetings. Not exactly glamourous! The other four had their own reasons for not wanting to go, and I very much DID want to go (hello! it’s Banff! And a plane ticket paid for by Canada Council funding!), so it all worked out.

It’s kind of funny to me that a few weeks ago I was in Toronto and now I’m off to Banff, because I really don’t see myself as a “jetsetter”. In fact, there have several-year-long blocks of my life where I didn’t take a plane anywhere, and a big part of me hates flying, mostly because of the pollution.

But, on the other hand, I do love to travel and see new places. And I do love the challenge of packing well, even though I usually completely OVERpack. And I get a real thrill out of takeoff and landing – it really is amazing every time!

Oh yeah, and, I even bought myself a suitcase! No more of this annoying having-to-borrow-my-boyfriend’s-suitcase thing. Or of using my backpack from the days when I travelled to Australia and New Zealand. Now I’ve really arrived, haha. My own little four-wheeled suitcase! 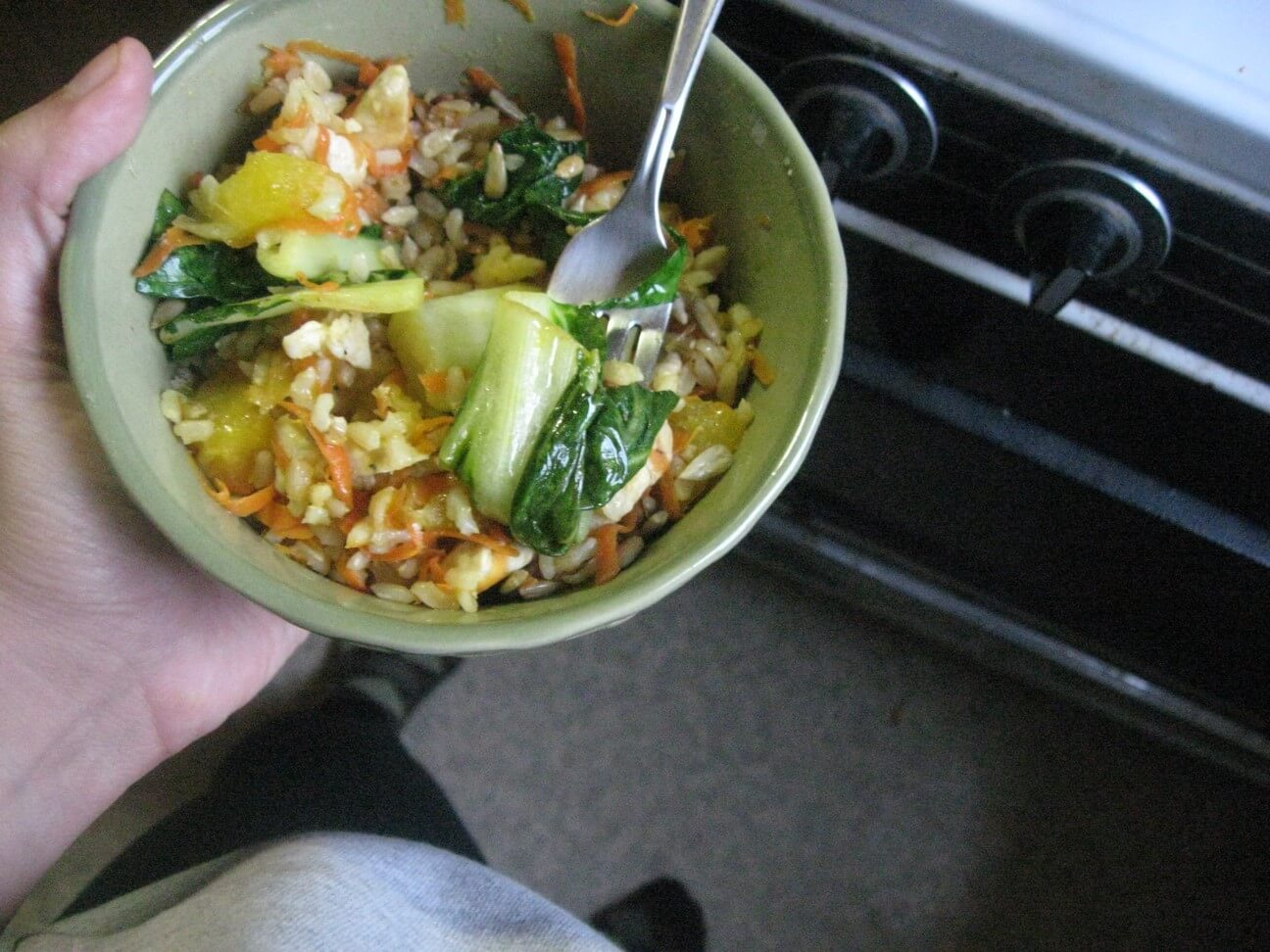 And when I’m not working, these days, I’m at home rocking the cotton leggings and oversized hoodie, yeah. And eating delicious stir-fries for dinner. Yay for bok choy and carrots!

Font notes: if you are a font nerd like me, you will want to know that the font I used to spell “lately.” up above there, is called Pee Pants and I heard about it here. You can download it for free here. (Don’t fonts just have the strangest names?)

6 Responses to Back to work, then off to Banff.