Beer Tasting – a Bitter Ale and a Stout

For my first interview on Dream Big Cape Breton, I spoke with Jeremy White and his partner Melanie about how they came to move to Cape Breton, and about their dreams to open a microbrewery.

The next time I ran into Jeremy, he reported that all kinds of people had come up to them, in stores and on the street, saying they had read about the plans to build a microbrewery, on this website! Both he and I found that exciting, especially since they were the very first interview featured on Dream Big. For me, it meant that I actually had readers! For him, it meant that a lot more people now knew about his exciting business plan and wanted to support him.

I had mentioned that stout is my favourite beer, so Jeremy gave me some of his to taste. These are recipes he’s testing in his home, before his microbrewery business begins in earnest and he can actually sell the beer.

So last week I invited a few friends over for a pub-inspired dinner. We taste-tested a Bitter Ale, and a Stout. I stored the beer in a darkened room until it was time to drink it. Here it is out on the deck, where it's nice and cold, before dinner starts. We don't have proper beer glasses so we used some pretty vintage juice glasses I got at Value Village in Sydney River. 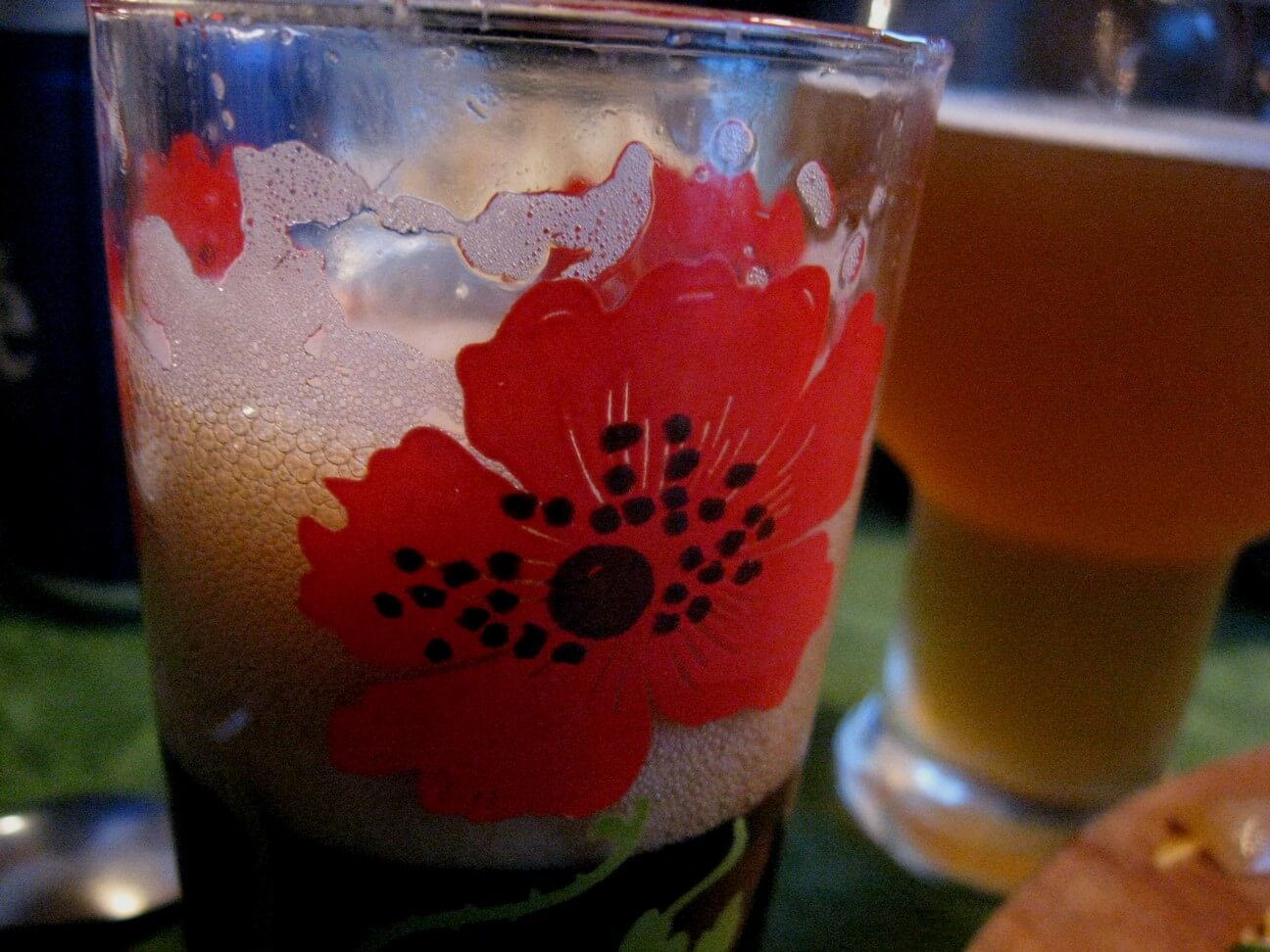 The stout was no slouch, either! I poured it badly - hence too much head. I think I need more practice. More samples, Jeremy? : ) 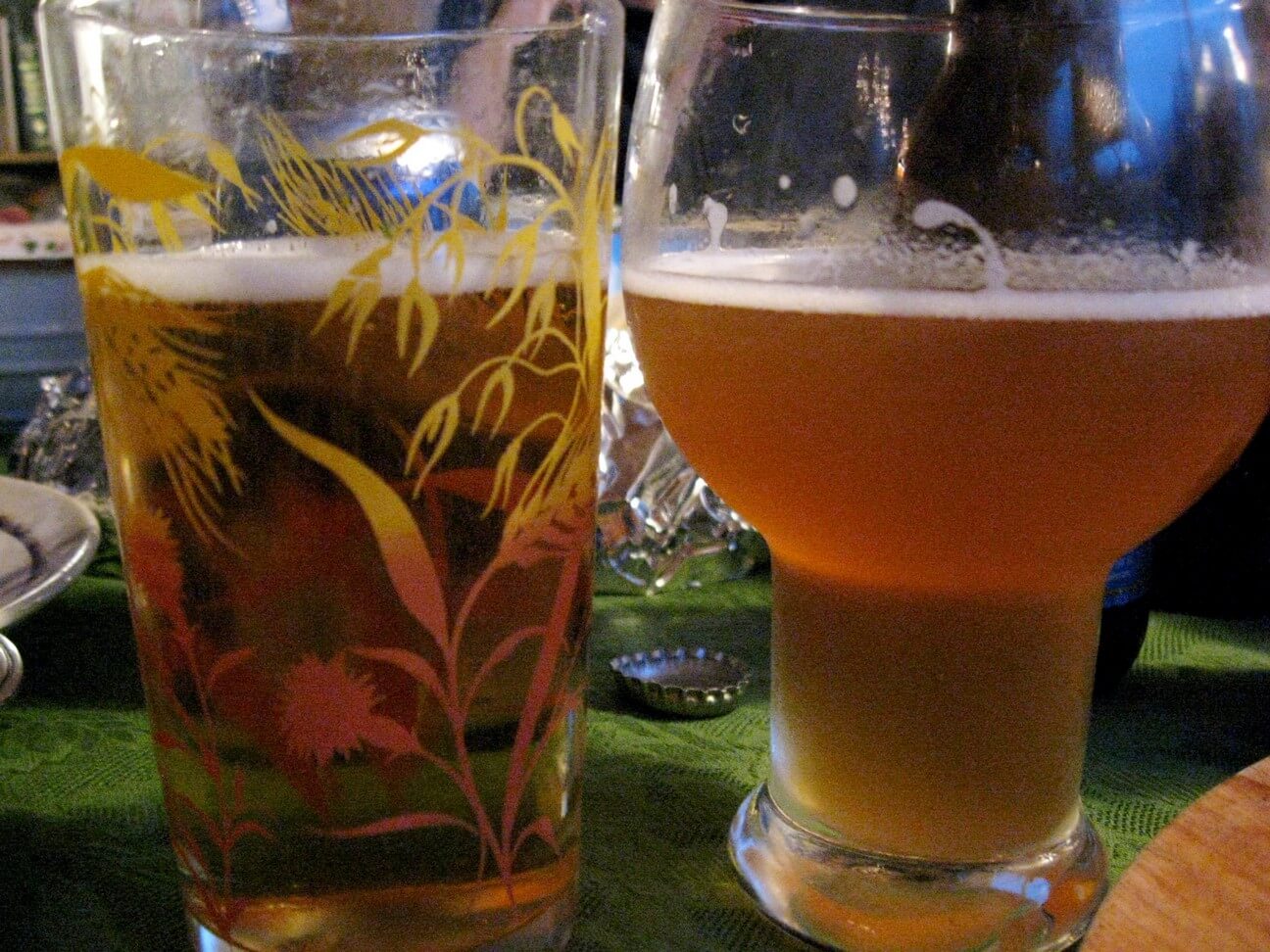 Left: Labatt Blue. Right: "Kilted Pride", which is the name they're considering. These are little cards I drew up so we could get the points at a glance. (Windsor Ale is actually the name of the yeast used. My mistake!)

So – how did they do? Well, it turned out that several guests weren’t actually stout fans, in general, so they didn’t appreciate the creamy, molasses-y flavor of Jeremy’s stout. I did, though, and I have to say it is in the running for my favorite stout! (It has to beat out Picaroon’s Timberhog for the top spot, and that hog just won’t quit.) I might need a few more testers before I can make up my mind…

Overall everyone enjoyed the beers, very much, and we all felt that the bitter ale was definitely ready for store shelves.

And, I bet you’re all wondering when you’ll be able to get your hands on some “Kilted Moose Farmhouse Brewery” products (that’s the name they’re considering). So I asked Jeremy for an update on his business plans, as well as some clarification on a couple of questions my guests had.

The bitter was “Fresh hopped”. What does that mean again? This is when you use the hops green, right off the vine, without having dried them.

What is the latest news on the brewery? What can we tell our blog-reading public? ECBC has expressed preliminary interest in some funding, and we are in the final design phase of the brewery building. We have contracted a consultant to help with procurement of equipment, and with the building layout design. I am travelling to Sorrento, BC, in late April to apprentice at Crannog Ales, who have kindly offered to share some knowledge with us, as they are a very similar business. You can check them out at www.crannogales.com. The sap has been flowing on our farm,and we have collected over 250 liters to date. This past weekend, I used maple syrup in lieu of water to brew a strong bitter ale. It is in the fermenter and looks great!

8 Responses to Beer Tasting – a Bitter Ale and a Stout