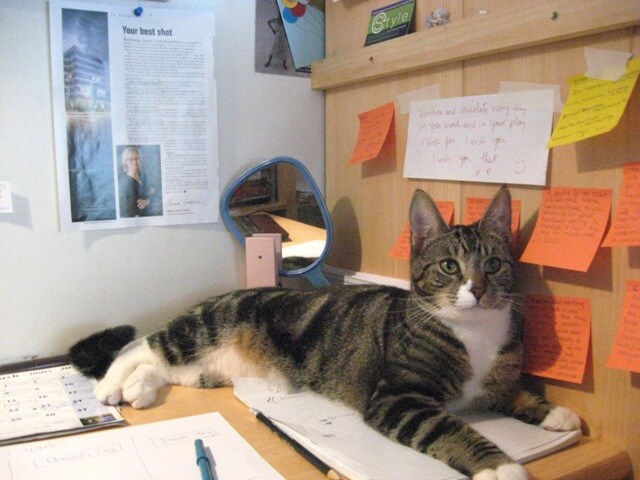 Kitty corner. I merely rent desk space from her.

Before I bought the domain name “dreambigcapebreton.com” this past January, and started this blog, I created a group with the same name, on Facebook, to connect with other young people in Cape Breton. My original purpose for it was just to have a way to mass-message people to get in touch for a little interview project I was thinking of doing, but the Facebook group took on a life of its own and swiftly became a forum for people to share ideas and events, and comment on each other’s notes.

It was that Facebook group that told me I was onto something. That there ARE lots of awesome young and not-so-young people who live here, who are interested in building even stronger communities, and in sharing information with each other. So, after seeing all the interaction on the Facebook group, starting this blog wasn’t that much of a risk. 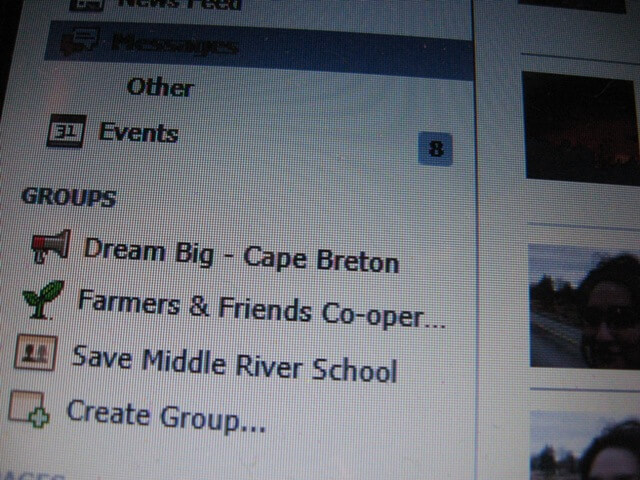 A screenshot of my Facebook home, and the groups I'm part of on the side.

There are those who are Facebook-phobic, however, and I understand some of the reasons why people might not want to join it. Even though I’ve been using Facebook since 2006, I once deactivated my account and left it that way for six months. But, I use it now. I find it really useful.

If you are interested in checking out Facebook for things like groups and to find out about events, but overall you really don’t like the thought of Facebook, consider that you can sign up to Facebook under a fake name, you don’t have to put a profile picture or any other information on your account, and you don’t have to add any friends either. (Which will be easy if you’re using a fake name.)

As well, if you do want to use it as yourself, keep in mind that many social anxieties associated with Facebook are largely in our minds. We can worry that so-and-so asked us to be their Facebook friend and we don’t want to, and what will they think of us? But, likely they aren’t giving it a second thought!

If you’re on Facebook and you’d like to join the group, just search Facebook for “Dream Big Cape Breton” and click on “Request to join group”. I usually get the notification very quickly and will add you. 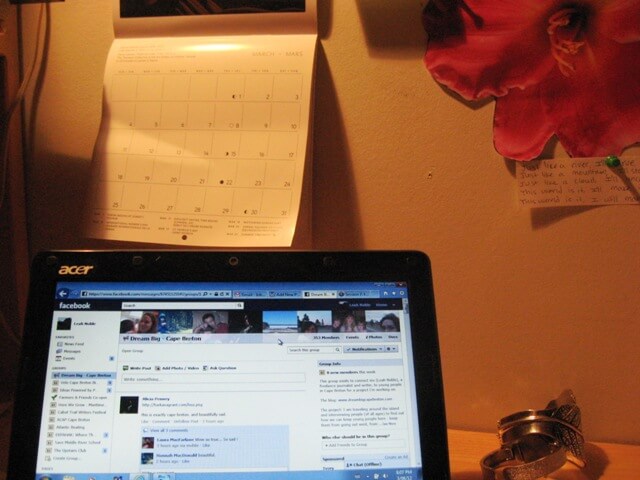 My workspace at the moment. That blank calendar is just a smokescreen - the one full of scribbles and events is tucked away.

I thought it would make an interesting weekly feature on the blog to round up the different links that people post on the Facebook group. So without further ado, here is what people have shared lately: