Signs of the Times – A Trip to North Shore 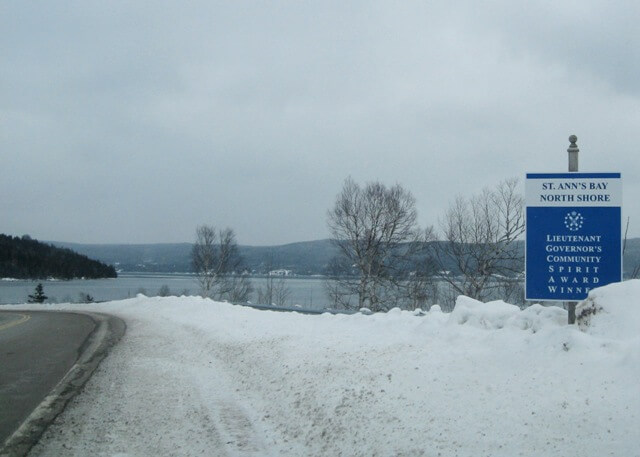 This sign, erected next to St Ann's Bay on the Cabot Trail, declares that St. Ann's Bay and North Shore were awarded the Lieutenant Governer's Community Spirit Award, in 2011.

Last Friday I had to drive from my home in Baddeck to Wreck Cove for a meeting. I’m on the board of directors for the Cabot Trail Writers Festival, and myself and another board member are working on a project for the festival, voluntarily, in our own time. I agreed to drive to her home, and I also scheduled an interview with Sarah Beck of Wildfire Pottery (North Shore) for that afternoon. (That interview will be up sometime this month.) Gas is expensive these days, so if I can combine trips, I’m happy.

I stopped along the Cabot Trail at the Gaelic Singers’ Hall to take a few photos. I believe this hall used to be called the Alexander Smith Hall. I don’t know who Alexander Smith was, other than an area resident. What do you do to get a hall named after you? (I have a feeling some readers know.) 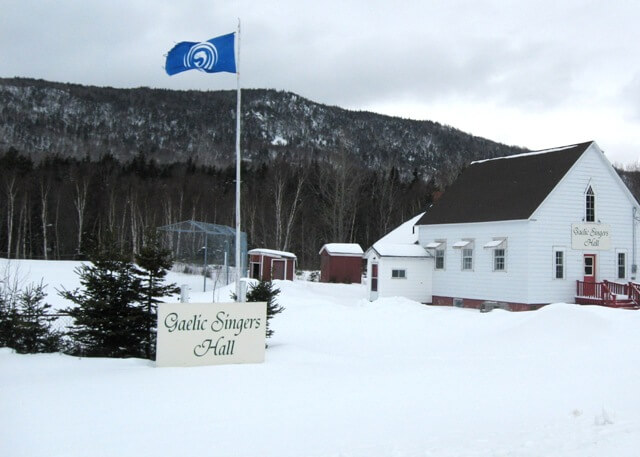 Can you see the Gaelic flag? 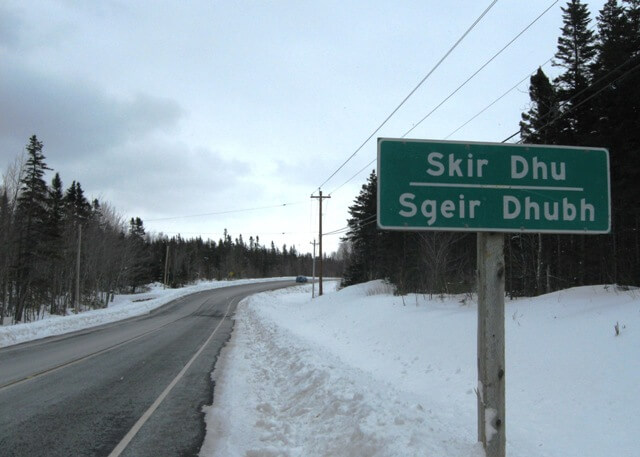 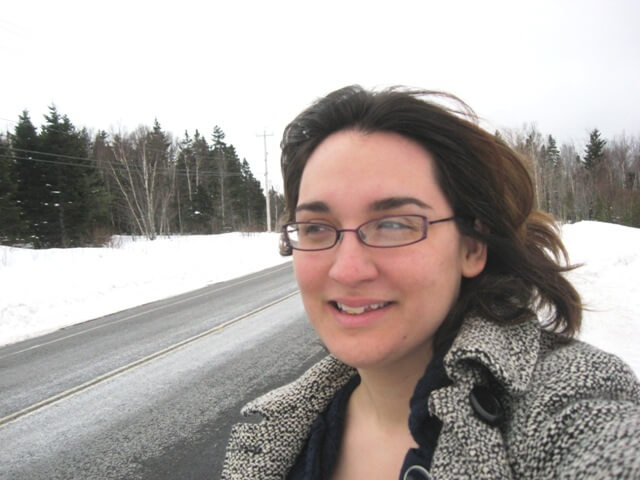 This is my "it's cold out and I'm taking my own picture by the side of the road, I'm such a dork!" face.

When I got down to Wreck Cove the view out to sea was of a big mass of pack ice. 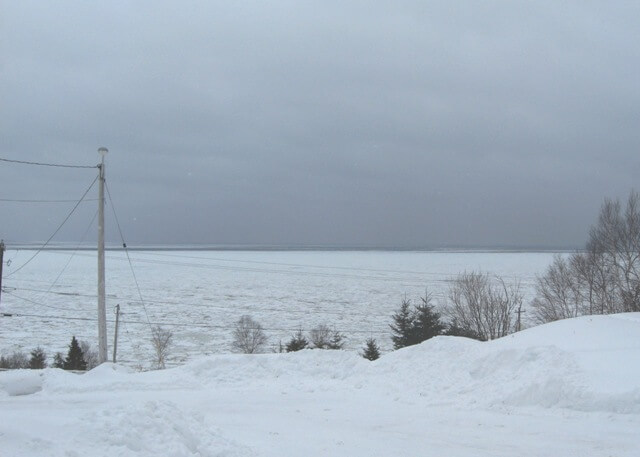 After my meeting with the fellow board member, and a hot cup of Rooibos tea, I headed back towards Baddeck, stopping in North Shore at Wildfire Pottery and Books, which is the brainchild and business of Sarah Beck. In the winter, on Friday afternoons, she and some fellow community members who like words get together in a room above the store for a “salon”, where they read written pieces aloud and talk about them, while drinking delicious coffee and eating snacks. Before they all arrived, I got a chance to sit down with Sarah by a fireplace and have an interview. (You’ll get to read that in a week or two!) We shared a picnic lunch – bread, rice crackers, hummous and cherry tomatoes – and discovered we are both big fans of dill pickles. That’s one way to instantly become my best friend – sharing a jar of crunchy, garlicky dill pickles. 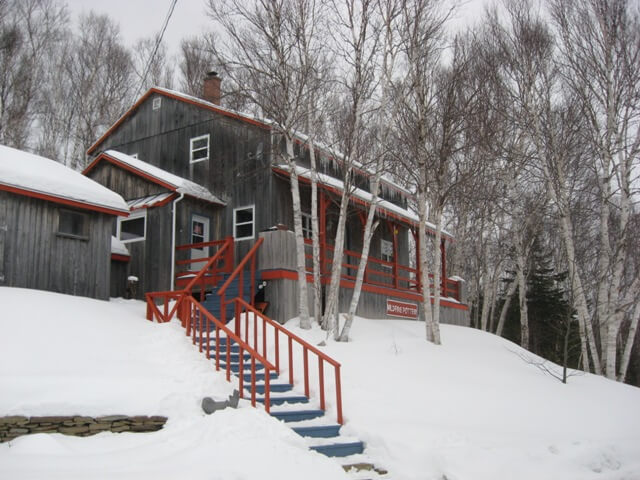 A cozy fire is lit within. I hear they also serve dill pickles!

And then, after taking part in the salon, I made my way homeward, over the bumpy roads. My thirteen-year-old vehicle appreciated the smooth patches where the road is being redone, but all in all the bumps made me go “what the heck!?!” As in, this is our prime tourist driving route, and the bumps are so bad I could be in Bosnia?

This week, watch the blog for: a round-up of interesting links and events that are shared on the Facebook group each week, as well as the Frugal Friday column, and a new column by Erin Phillips about libraries and community-building! Exciting times!