street art as opposed to vandalism 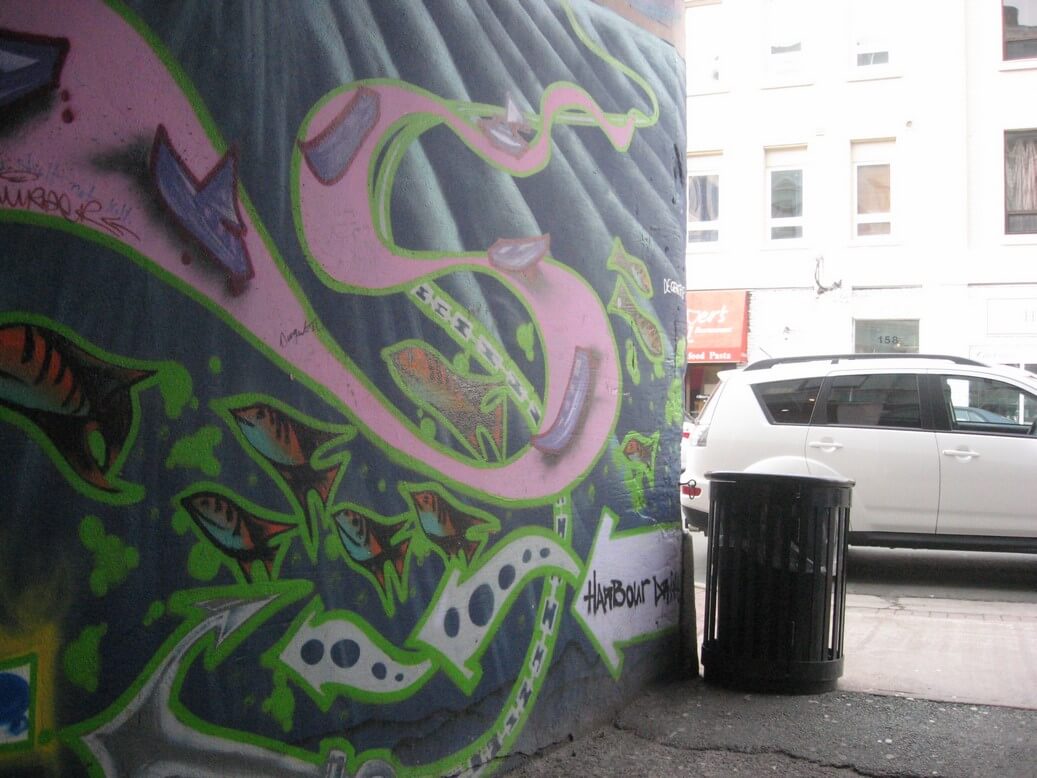 So yesterday’s post sparked some comments, which is great, because that’s when I know what I’m doing is working! 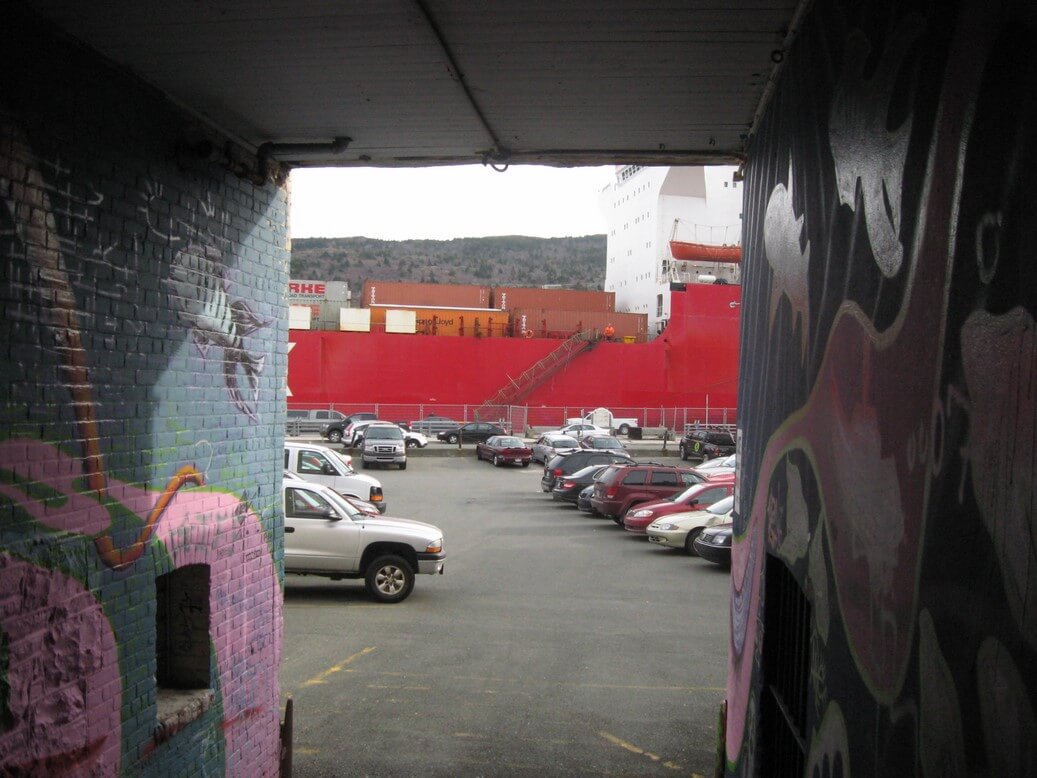 This tunnel was a big draw for me as a tourist in St. John’s and I spent a good twenty minutes inside, checking out all the details.

On Twitter, Matthew Ingraham and I had a bit of a back-and-forth. To my initial tweet sharing the blog post, he responded, “Bad graffiti hurts business, good graffiti is art. Empower the artists, embrace street art. Watch business grow.”

I wrote back, “Imagine if our downtown Business Associations commissioned artists to paint murals?”

Matthew: “Stop calling the cops would be a nice start too. 🙂 “

Me: “it gets tricky when someone owns the building and the artist doesn’t have permission to paint on it… cooperation is key. as dorky as that sounds. :P”

Matthew: “indeed, that’s why it’s best to empower artists and you’ll see a lot less property damage on other buildings.”

Me: “I wonder: can a bldg owner go ahead + get someone to make art on their bldg, or do they need permission?”

Matthew: “interesting question, in my opinion art is better done without permission. No rules.”

And on the Facebook group Dream Big Cape Breton, D. Hinson Calabrese wrote some great thoughts about the root of the word “graffiti” and how complicated and contradictory the issue can be. He also urged me not to assume that it’s kids doing the vandalism, which is a point well taken:

The etymological root of “graffiti” is from the Italian “graffio” which means “to scratch”. The OED defines it as “A drawing or writing scratched on a wall or other surface; a scribbling on an ancient wall, as those at Pompeii and Rome. Also, a method of decoration in which designs are produced by scratches through a superficial layer of plaster, glazing, etc., revealing a ground of different colour.” Even the very definition of the word is fraught with complication and contradiction. The act of ‘graffiti’ is undertaken by both simple vandals and inspired artists. One of the most important movements in contemporary art is of course street art and the examples of it are many. Street art is so ubiquitous, in fact, that it has become institutionalized (Banksy at MOMA for example) and–as all important art movements tend to be–corporatized (Coca Cola ‘graffitiing’ buildings during the London Olympics). I think the important thing gloomy naysayers and vandals alike is recognize and promote the value of good street art, and to shame and admonish the hideousness and cowardice of bad street art. And just so we agree, a cheap tag in a dark alcove of a small business on Commercial St. is super lame. Besides the black line on the van which I may seems suspicious, I have to suggest that it is hasty to immediately conclude that bored kids are to blame. I do not suspect that gainfully employed baby-boomers are tagging buildings in North Sydney, but I would regret that an otherwise thoughtful blog post would turn into more hand wringing about ‘kids these days’.

Another solution, too, is to set aside areas for street art. Isn’t there a wall near the skatepark in the Halifax Common for said purpose? It’s happening in a lot of cities all over and is even becoming a tourist attraction. And the CBRM sure does love its tourists.

What we need to do is make street art (and, so related, skateboarding) more public/visible in the CBRM. Why are all our streetparks hidden away? Take the Coxheath park–why is it behind the arena so no one can see it? If skateparks were moved to/built in more public places–such as parks (what a friggen shame there’s no skatepark in Open Hearth Park) then graffiti (and skating) could become public and praised instead of hidden and shamed–and the kids who do these things would feel that praise, too, and take pride in their communities.

There were more great comments in the Facebook group, which I always love to read, but I won’t post them all here just to keep this post relatively short. Check them out, join the group, lend your voice!

Just so we’re clear, I love street art. I think it’s beautiful, colourful, lively, creative. When I’m in a new city, that’s one of the main things I seek out and photograph. My headshot that I use for all my social media is actually taken in front of a big piece of street art in Halifax (ironic, I know, and soon I’ll be getting a new one done in front of some art in Cape Breton!). And I think that our downtowns can encourage street art, which would have so many benefits: liveliness, lovely exteriors, tourist draw, and give people of all ages the message that their art does have a place.

I’ll leave you with a few links:

A bit in the Independent about the confusion on whether something is art or vandalism.

5 Responses to street art as opposed to vandalism