making their mark: on downtown graffiti

On Saturday I was walking along the sidewalk in North Sydney, heading to the little office supply store that I buy from, Buffetts Office Pro. The main door is inset a little bit, and just off to the side there is another door, also inset. Just as I was about to go into the store, a piece of crumpled-up paper towel popped out from the other doorway onto the sidewalk. Naturally curious, I peeked around. 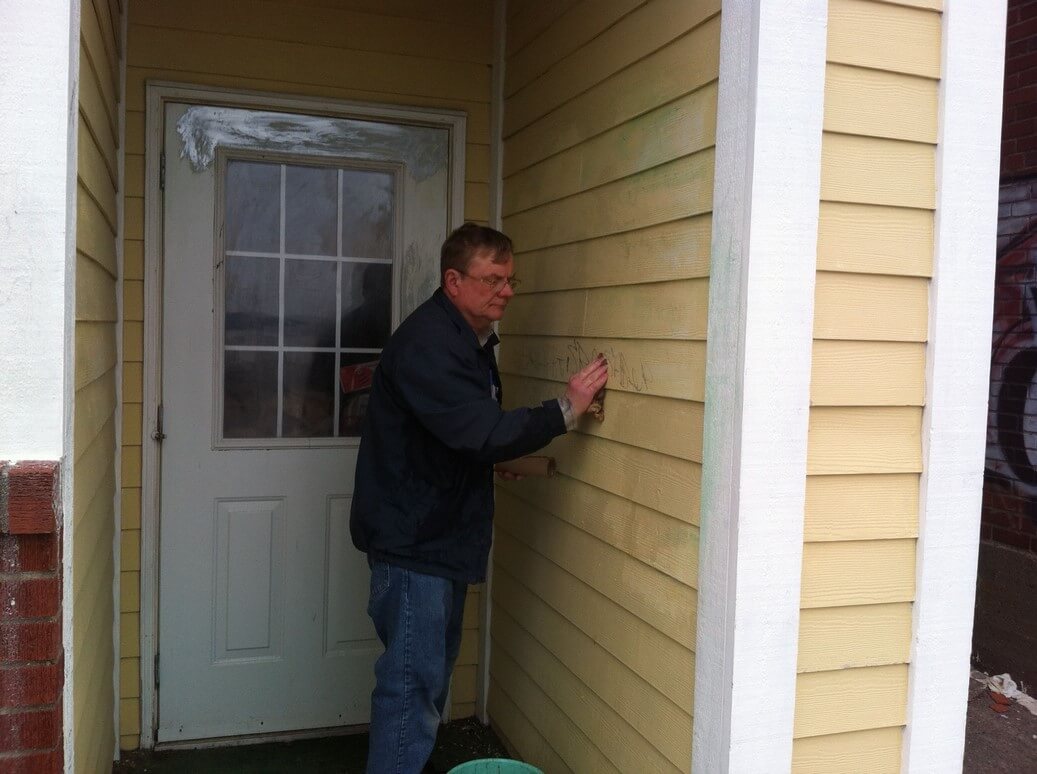 There was Jim Buffett, the owner of the business, scrubbing away at the wall. It was obvious what he was cleaning up, because some of it was still visible: the black scrawls of tagging. 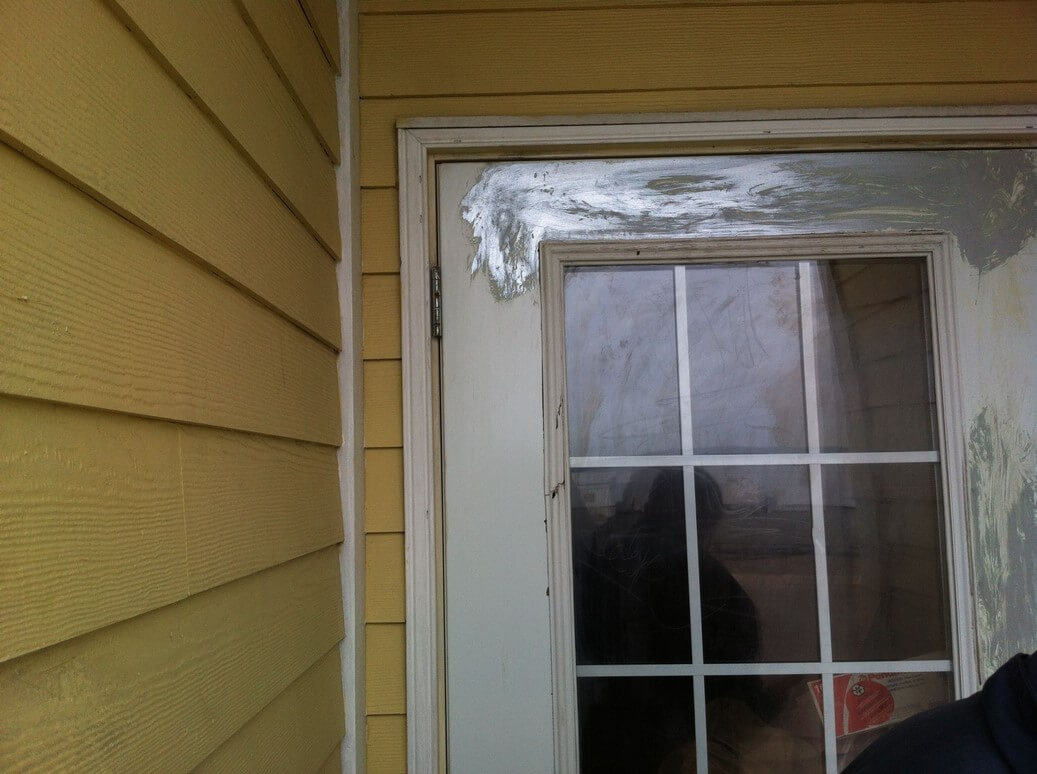 We chatted a bit and I took some photos, with his permission. (Including this one above of how the graffiti-remover took the paint right off the door.)

Then I went into the store to buy the things I needed (printer ink, pens, tape, whiteout and card stock), and got chatting with Jim’s wife Karen. She told me that it costs them about $1000 a year to keep up with painting over the graffiti on the outside of the building. And, as soon as they do it, it’s tagged over again.

She also told me that it’s happened that a young kid of 12 years old came into her store to buy a big black permanent marker. She knew why he was buying the marker, but had to sell it to him; what was she supposed to say? And when she went out later, her van had a big long black mark down the side of it. 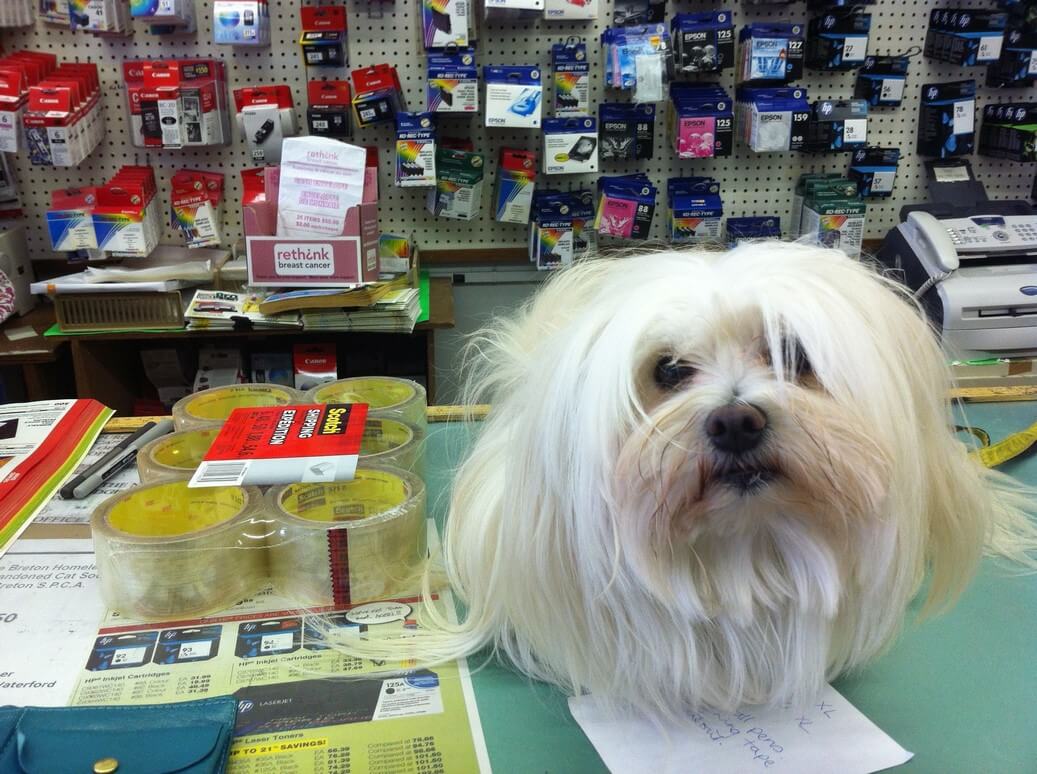 (This is the Buffetts’ mascot, Snowball.) 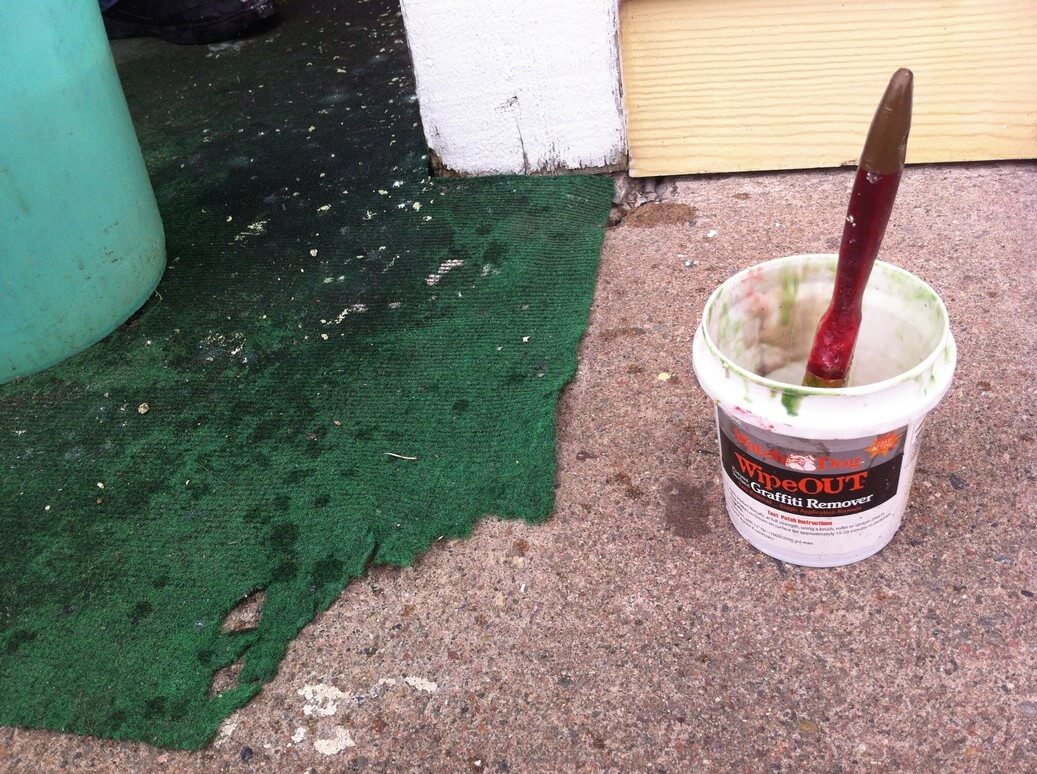 Graffiti is “one of those things.” A “sin,” a thing you shake your head at. Why does this happen, we wonder. What can we do? We imagine the young people, imagine what their lives are like, why they act out this way. But it feels like there is nothing you can really do, besides sigh, take out the tub of graffiti remover, and get scrubbing.

This is our community. And in some ways, it’s sick. I think the constant defacing of downtown buildings is a sign of that. It’s not that the kids are evil, it’s a sign that they are human, have emotions and need an outlet for them. I remember being 14 and thinking it was super cool to be bold enough to take out a marker and write on random surfaces like phone booths.

But what’s not cool is when this action means a local business has to spend their hard-earned money and time cleaning up, constantly, after someone else’s rebellion.

How can we help our young people contribute to the downtown landscape, instead of destroy and deface it? The small businesses they are hurting are not the right target. They are not “the man,” the system, that young kids are looking to strike out against. So how can the community support our kids and stop or at least cut back on the defacing that hurts local businesses? 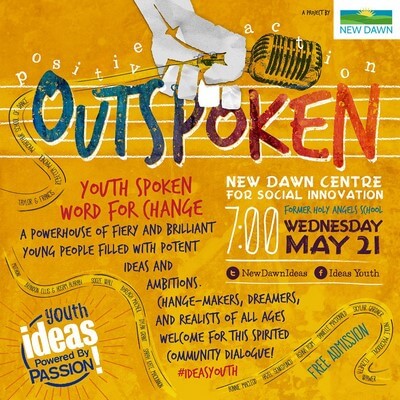 I’m not sure of the whole answer, really, but this seems a good time to tell you about an event happening tonight in Sydney that is all about giving the young people a positive outlet for emotions. I’ll be there, cheering them on. Here is the Facebook page with more info. See you there!

1 Response to making their mark: on downtown graffiti