livestreaming a talk about Slow Money 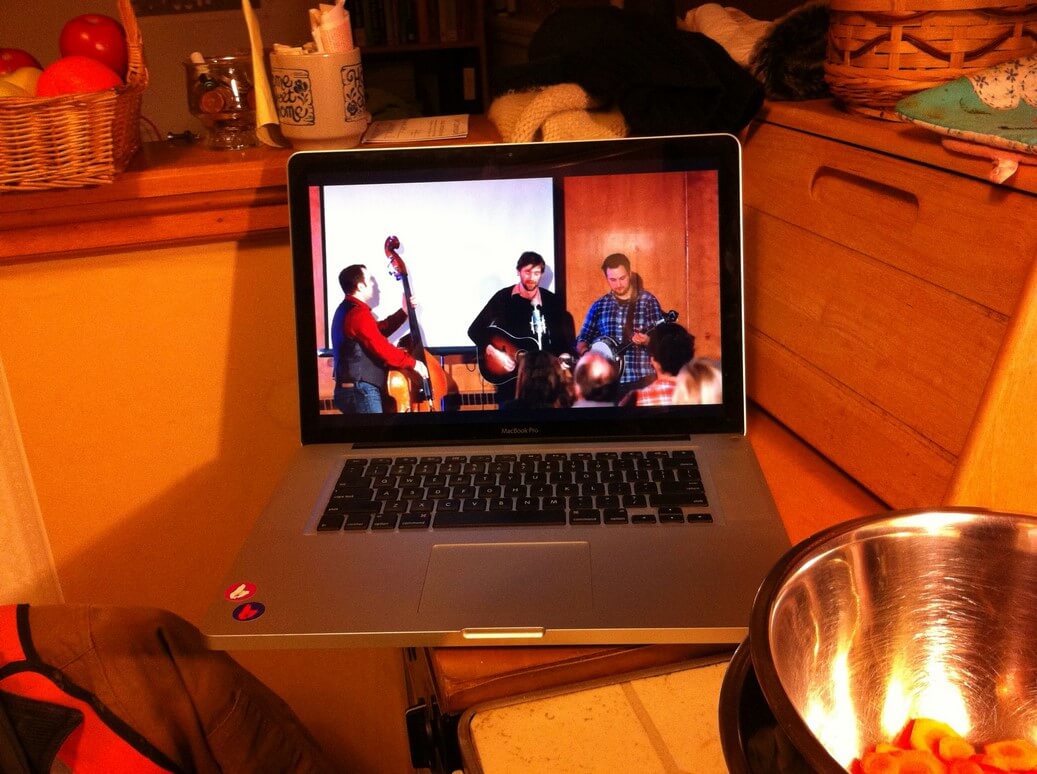 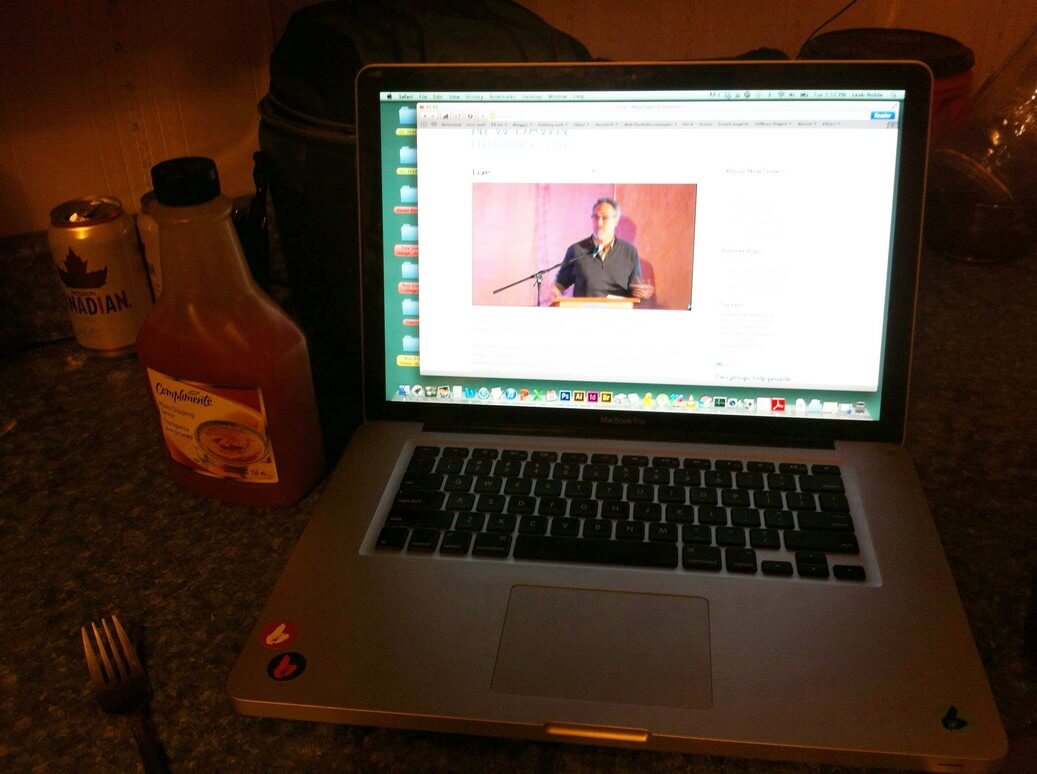 Last night there was a talk in Sydney that sounded great. However, I really wanted to be at home after a long day at school. I love community events, yes, but like everyone, I have a limit on how much I can talk to other humans. When, in the course of a day, I reach that limit, then talking to people, and listening to them talk to me, goes from “enriching and enjoyable” to “resentment-inducing”. I’ve worked in customer service pretty much my whole working life, so I’m practiced at seeming happy to interact even when I’m tired, but it is still definitely work, and if I can avoid it, and be home in comfy pants instead, I’ll choose that.

So, no talk for me. Except, the people who put on the talk had the bright idea to stream it live over the Internet! So that’s how I came to be cooking supper while keeping one ear on the talk (and trying not to drop any food on my laptop). The keynote speaker was Woody Tasch, an American who wrote a book called “Inquiries into the Nature of Slow Money: Investing as if Food, Farms, and Fertility Mattered,” and who, as a result, accidentally started the Slow Money movement.

I’ll admit that along with my limit on talking to other humans, I also have a limit on listening to dreary facts about the current environmental and financial crises. That limit is pretty low, to be honest. I might have burnt out on the issues in my early twenties when I was a more earnest, activist-y type of person. So I was a bit hesitant to spend some of my evening downtime listening to Mr. Tasch, but to his credit he didn’t spend too much time on the “shit”, as I like to call it. (The “shit” is the facts that a lot of us are used to hearing, about how our system is broken, we’re addicted to oil, climate change is happening, et cetera. I’m definitely not denying that this is all true. I’m just saying, it brings me down and I can only spend a small portion of my mental energy on thinking about it.)

His approach was realistic. So that naturally includes some “shit,” just to sort of make sure we’re all on the same page. But he talked mainly about the real, practical and cool things that Slow Money chapters all over the USA are doing to bring money “back down to earth.” To make money actually do good things in communities, and support local food and local economy.

The thing he said that stuck with me was something along the lines of, “Restoring our economy, it’s like renovating a house. It’s possible to take something that is in disrepair, and restore it so it works better, instead of just destroying it entirely.” It gave me hope and it made me feel good, to see this talk happening in my community.

You can watch the whole evening here, including the musical act before the keynote speaker, and the panel discussion after. Or you can watch a little bit. Until you reach your own personal limit. 🙂

1 Response to livestreaming a talk about Slow Money