Riding the public transit in the CBRM 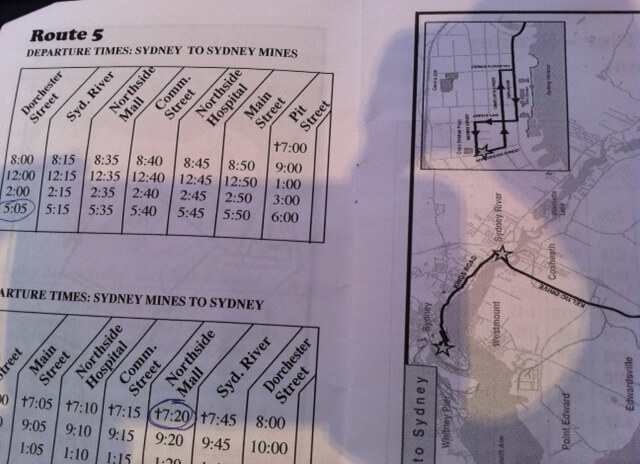 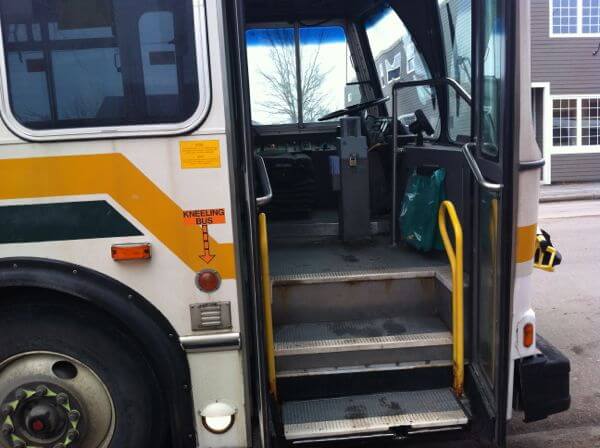 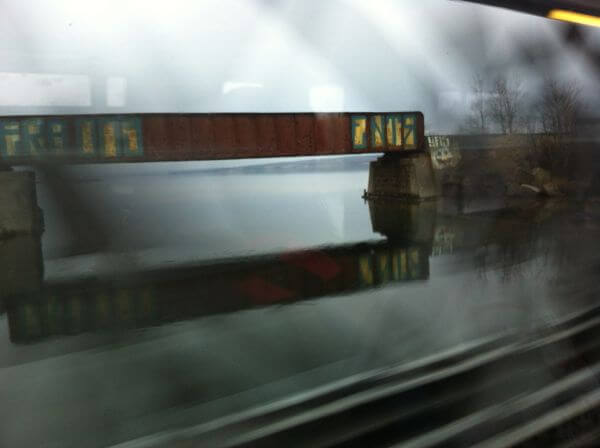 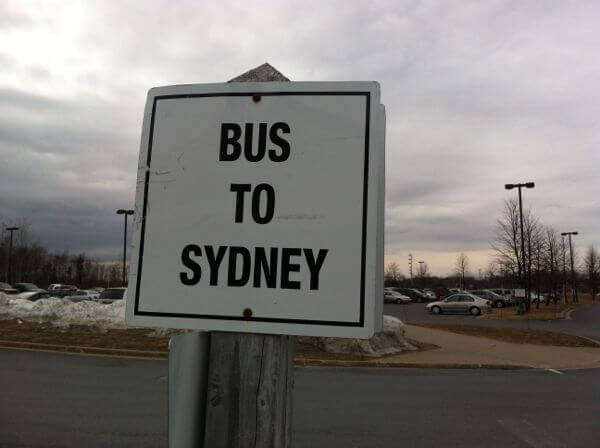 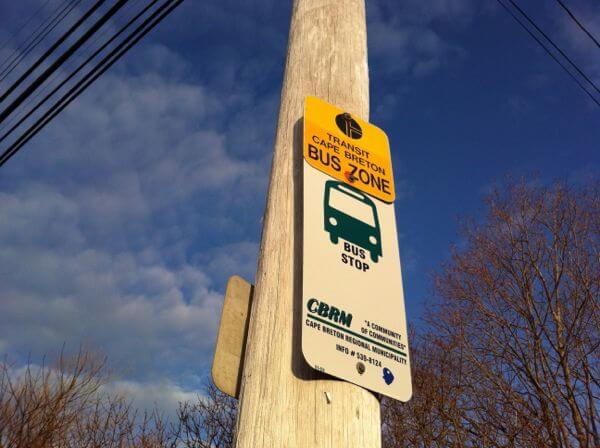 It happened again this morning – I told someone I get to school and back (North Sydney to Marconi, and back) using the bus.

His reaction: “No! You poor thing!”

But my neighbour’s reaction got me thinking, why is it that in the CBRM the reaction to taking public transit is one of, well, horror?

I’ve taken public transit in other cities (Toronto, Vancouver, Halifax, Sydney and Melbourne, Australia, and New York City) and no-one has gasped in shock to hear that I rode on the transit system there. (Except maybe people from small towns for whom the thought of the huge New York Subway system is terrifying.)

I mean, it’s true, the CBRM’s transit schedule could be better. Buses to the outlying communities stop around 5 pm, so travelling in the evening, or on Sundays, is not an option. And some runs don’t have many buses during the day, which can make for a wait of a couple of hours. There is also at least one misprint on the schedule which one day left me waiting at a stop they no longer use, only to call them and find out, “We no longer stop there.”

So I made a call to Bernie Steele, the supervisor for Transit Cape Breton. He’s a friendly man, and we had a nice chat about why exactly the transit system is the way it is, and why they can’t make changes at the moment. I got the feeling that Mr. Steele would make all kinds of changes, if only he was given the budget to do so.

He filled me in on the history of the transit system, first. I guess that back before the whole municipality amalgamated, each town had their own transit system. Glace Bay Transit, North Sydney Transit, etc.

But then the towns amalgamated and became the Cape Breton Regional Municipality, or CBRM. Certain communities didn’t want transit (or at least that’s what their councillors said – I have a hard time believing that a whole community just wouldn’t want transit, at all). And then when the steel plant shut down, that was $2 million in tax revenue that the municipality lost, that helped pay for services like transit. And then the provincial government, no doubt under pressure to cut their own budget, cut the Transit Subsidy, in the 1990s.

All of this meant much less money to the transit system. Less money means fewer drivers, less fuel money, and cuts had to be made.

Mr. Steele told me that the CBRM hired a consultant to come in a few years ago and assess the transit system, and that the consultant recommended there should be more busses and more routes. The council unfortunately then rejected the consultant’s proposals, because they didn’t have the money for them. But now, Mr. Steele feels that there could be changes coming, with the new mayor, Cecil Clarke.

If you want to express your thoughts about public transit in the CBRM, in the hopes of the municipality putting more buses on the road (and I highly recommend that you do so, since that’s really about the only way that public servants make changes, is from public pressure) here are some options:

8 Responses to Riding the public transit in the CBRM