The twenty-second of April is my birthday, and it’s also Earth Day.

When I was maybe seven years old, one of my little friends who lived in Antigonish, where, apparently, there was a big annual Earth Day celebration, was visiting me. (We didn’t have a community Earth Day party in Baddeck in the 1990’s, at least, not that I remember.)

I remember that she said, with the kind of authority that only a seven-year-old can have, “You know, no-one’s going to come to your birthday party, they’re probably all going to be at the Earth Day party at the hall.” I was worried! Thankfully, the guests did arrive that day.

But every year, I share this day with Earth Day, and as the years have gone by, Earth Day has become a bigger and bigger deal (unfortunately, I suppose, as it’s because pollution and degradation is getting worse every year). I’m glad though, to share my birthday with it, as it feels like an extra thing to celebrate. An added bonus to turning a year older and celebrating being born. Celebrating the planet that gave me life, and which in the springtime feels so hopeful. (I don’t think Earth Day would work in, say, November.)

(And if you hadn’t guessed, I’m a big fan of birthdays, and of celebrating them as much as possible. It boggles my mind that some people – like my boyfriend, ahem – are not, that their birthday to them “is just like any other”. He’s catching on, though.)

My whole life, my birthday has coincided with the daffodils poking up out of the ground. They are like an extra present; I love to walk around the garden and search for their new tips. 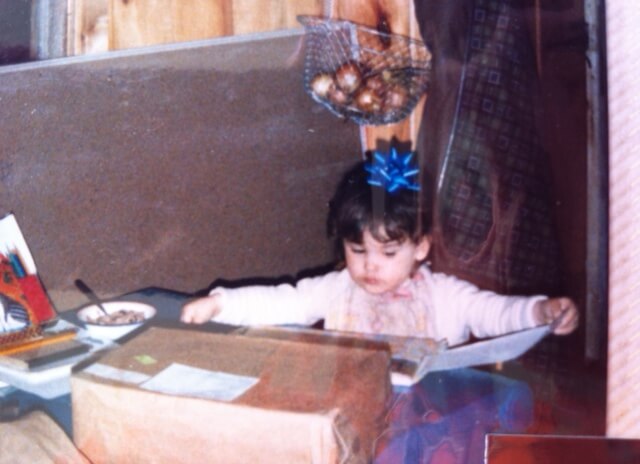 Me at 2 years old, very attentively unwrapping a birthday present. 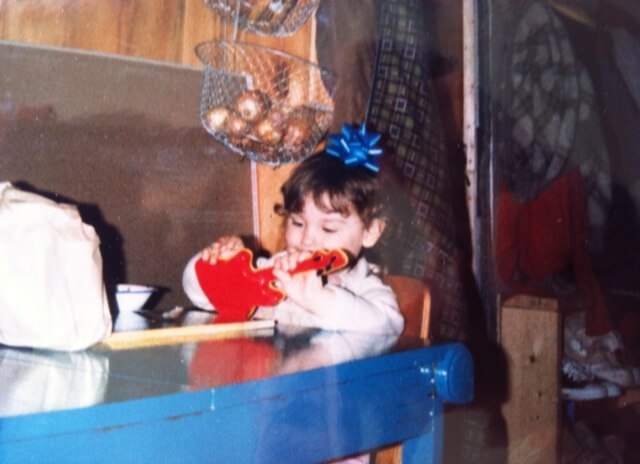 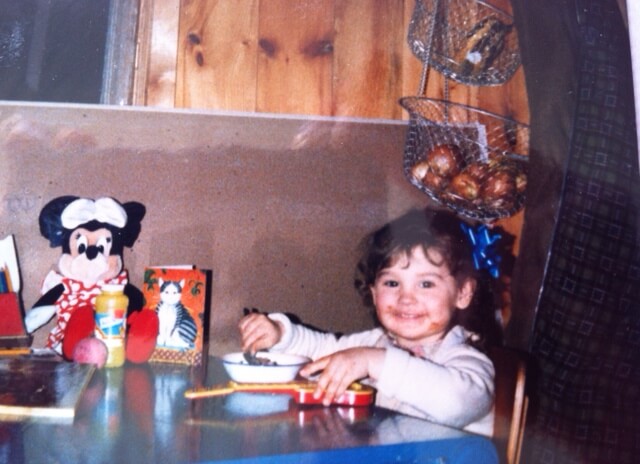 I still get pudding all over my face.

This entry was posted in Day to Day Life, Environment, Leah's thoughts and tagged Birthday, Earth Day. Bookmark the permalink.