I’m off to the Mainland for the long weekend. I’ll be back with regular programming on Tuesday.

You know, it’s funny, when I was a kid, Canada Day was all about the parade – candy being tossed to us kids on the sidelines, getting my face painted by the waterfront, and of course staying in town late to watch the fireworks. I remember the annual bumper-to-bumper slow-moving traffic on Baddeck’s main street when the fireworks were over, and the balmy evening, and getting an ice cream cone at Needs on the corner, and how that made it seem super festive.

Then in my early twenties it was all about going to the Fire Hall Dance (certain friends, you know who you are), where we’d get, well, drunk, and foolish. “The Mull… river… shuffffffle…”

Now in my late twenties I don’t really want anything to do with crowds. The idea of stealing away to my boyfriend’s cousin’s deck, and sitting around a fire pit, with some beers and someone playing a guitar, sounds just about perfect. (Although, fireworks would still be nice.)

In the spirit of the holiday, here’s some gratuitous Canadiana for you. 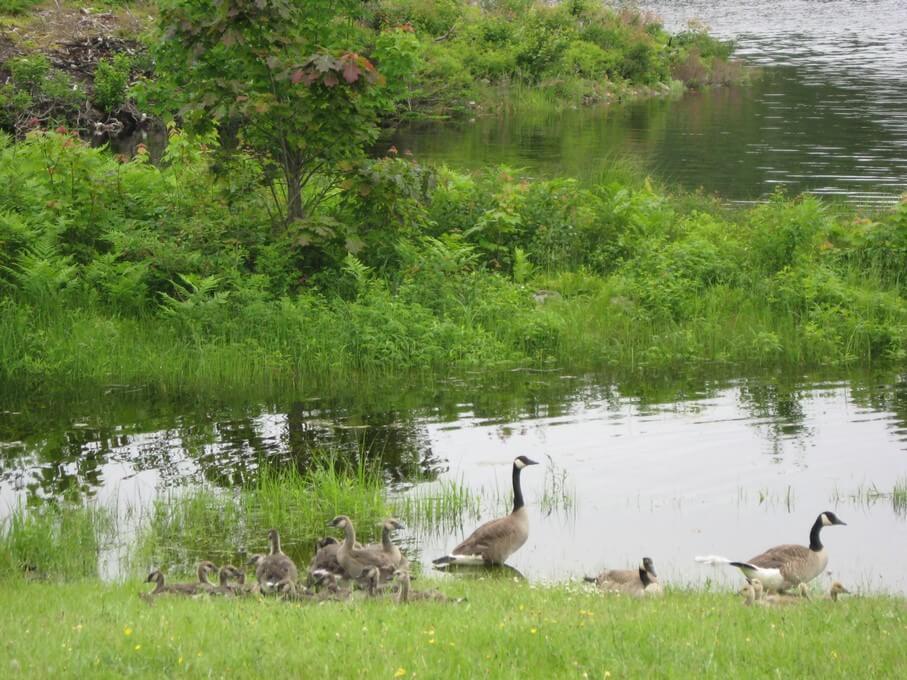 And then there are these images, which are from a little paperback my mother found in a thrift store once and bought for me. As I’m a fan of collage, political satire, and Pierre Trudeau, she was right on the money. 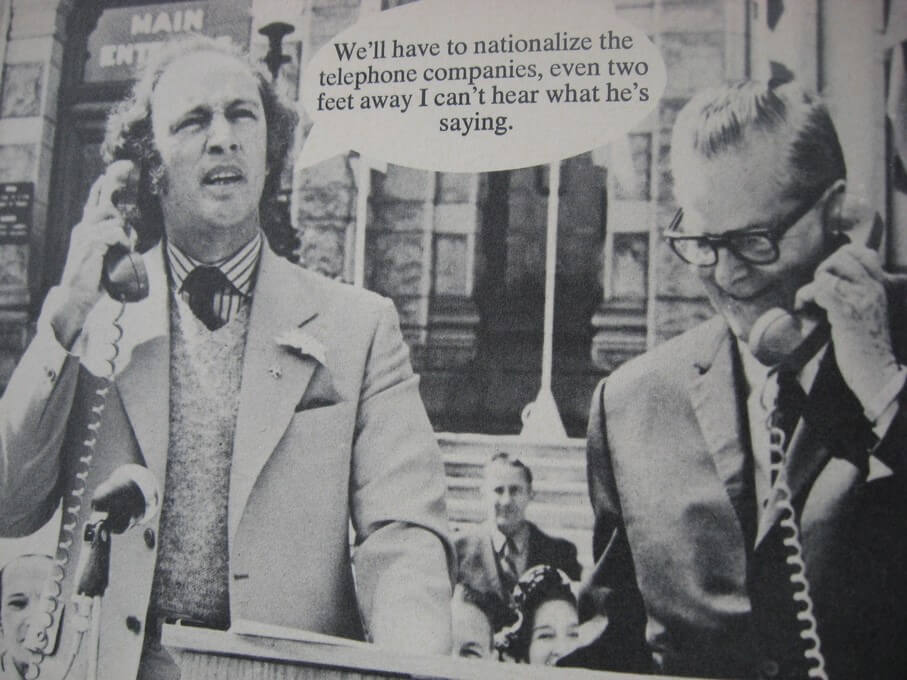 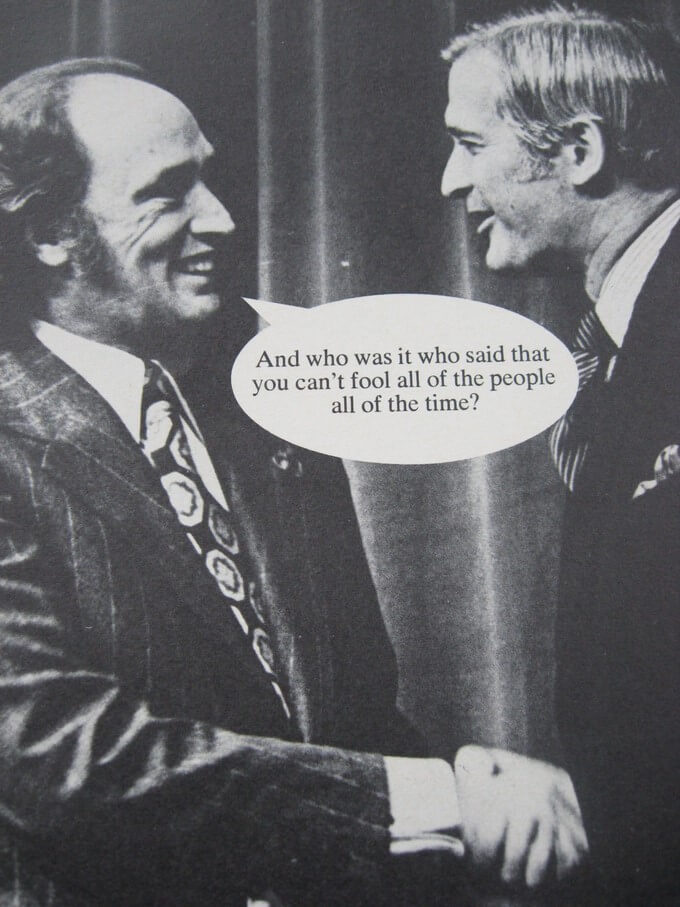 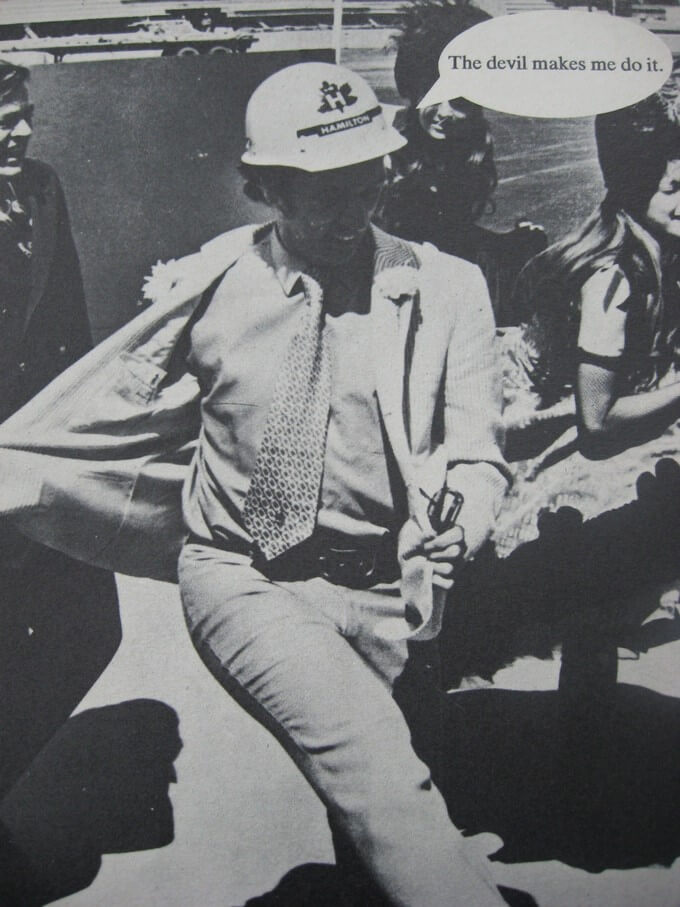 Go out and cut a rug this Canada Day! Or do whatever your preferred Canada Day activity is.