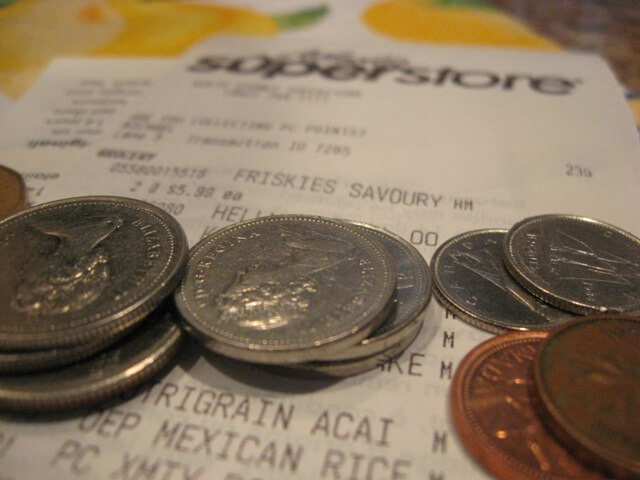 One of my grocery receipts with some spare change thrown on top, shot on Macro mode on my point and shoot camera. Ta da!

One of the things that comes up a lot when I’m talking to people about living in Cape Breton is money. And usually, the lack of it.

Life is expensive these days. A whole generation – people my age – live with their parents to save money. Most people who go out West do it to make more money than they’re able to make here. A lot of people who go, say that money is the only reason they’re there, that they would rather be here on the East Coast. The cost of housing, of food, of transportation, of education, has a very real impact on what we end up doing, on where we live, what we eat, how we get around, and whether or not we go to school. You could say that money rules our lives.

Kate Oland, librarian at the Baddeck Public Library, and a farmer, and a mother of three (so she knows a thing or two about trying to save money), came up with the idea of “Frugal Friday”- to have gatherings of like-minded people at the library on Fridays to share ideas to save money. (It wouldn’t have to be on Fridays, mind you – she is also open to Savers Saturdays, etc.) She floated the idea to her Facebook circles, got good feedback, and is in the process of developing some events at the library.

To support that, and to take back some of the power that money has over our lives, here on the Dream Big blog we’re starting Frugal Fridays, a weekly feature with a focus on the financial. Share your ideas for saving money or your thoughts on the subject by leaving a comment or sending Leah an email. Also, is there anyone out there interested in taking this column on as a regular contributor? I’ve got enough to write about as it is!! Email me if you’d like to write about money matters for Dream Big. 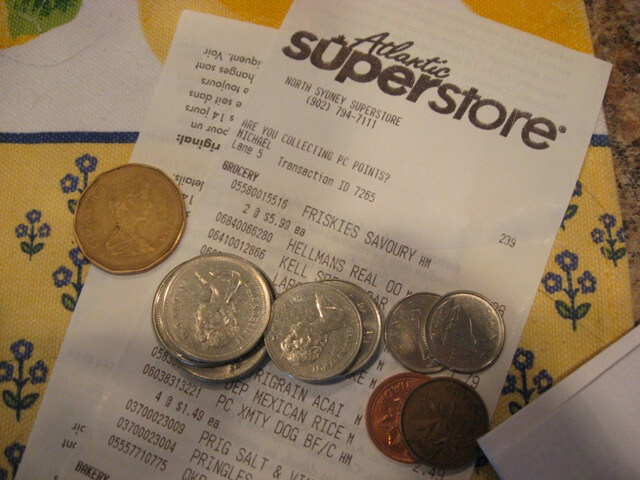