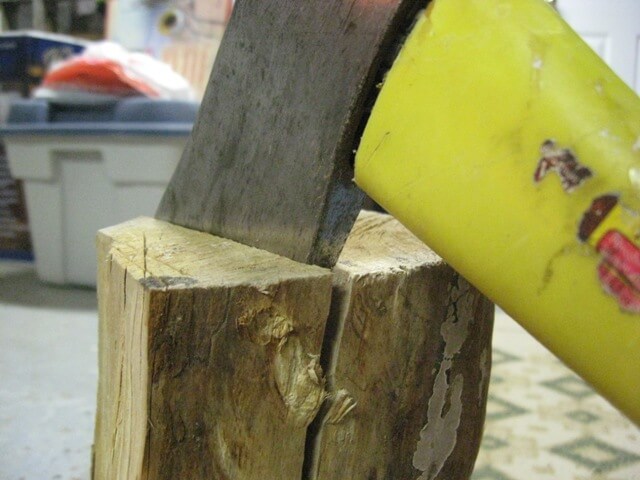 The axe is sunk nice and deep into the log. Just a few more hits against the floor and I'll have some kindling!

We’ve been housesitting for the past three weeks, in a home that uses wood heat. It also has baseboard electric heaters, but wood heat is so much nicer and cozier.

In the first week, I tried to light a fire a couple of times, building a pile of paper and kindling like I’ve seen other people do, but not long after lighting the match and having the newspaper catch fire, the paper was all burnt up and the kindling was only slightly singed. The stove was cold and dark, and seemed to taunt me. With Adam gone to work all day, I hated having to wait for him to get home to start a fire. “For god’s sake,” I thought, “I’ve lived in a home with a woodstove for my entire life. I’m successful in lots of other ways. Why can’t I do this?” 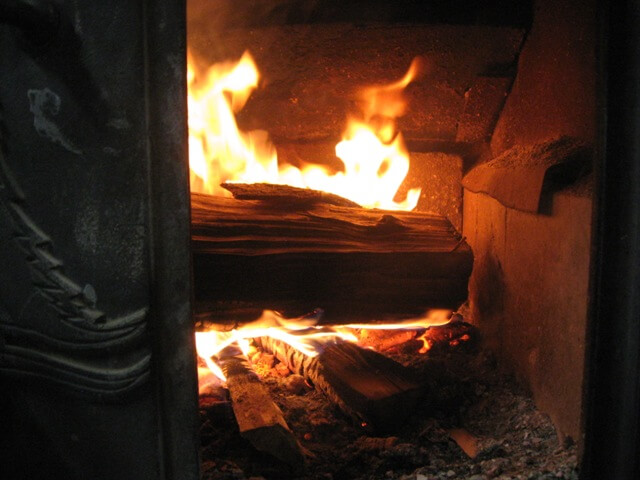 Once that fire gets going, I could sit and watch it for hours.

So Adam patiently showed me his technique. How he twists the newspaper up instead of just crumpling it, and that makes it burn longer. How he props kindling into a teepee shape over the pile of newspaper twists. How he “feeds” the fire with progressively bigger pieces of kindling until it gets big enough to support and burn a full-fledged log. And, I gave it a shot and it worked.

But the next day, when I was by myself again, a new problem showed up: splitting logs for kindling. I would swing the axe and it would hit the wood with a kind of “dink” noise and bounce off. “How is it,” I thought, “that Adam can do this and split the bloody log in nearly one go, and I’m just as physically strong as him in other ways, and yet in the battle of ‘me vs. log’, this log is winning?!?” 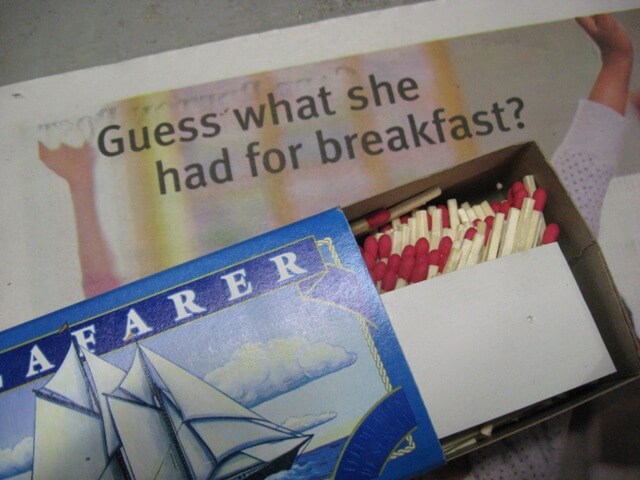 A good way to get a spark going. The ad on the newspaper in the background is for eggs. Get crackin!

It turns out the answer is anger. I forget why exactly I was pissed off. Maybe I was thinking about funding getting cut for essential social services, or I was thinking about the status of women worldwide (I’ve been planning an event for Women’s Day, so these issues are especially central in my mind). Maybe I was just irritated at someone who cut me off on the highway. Whatever my motivation, I swung that axe hard and gave it one healthy crack into the log. And the axe friggin stuck in there. Then I swung the axe and log together and hit the bottom of the log against the concrete floor, driving the axe in even further. A few more angry, solid thwacks and that log was in pieces.

I was breathing a little harder, and my hair had come out of its ponytail. I might have said something rude to the log. I felt exhilarated! I thought, I too can do this! I had long ago filed “Log Splitting” along with “Driving a Standard” under “Skills I Will Just Never Learn, I Guess”, felt ashamed of it, and left it at that. But this was a rush! 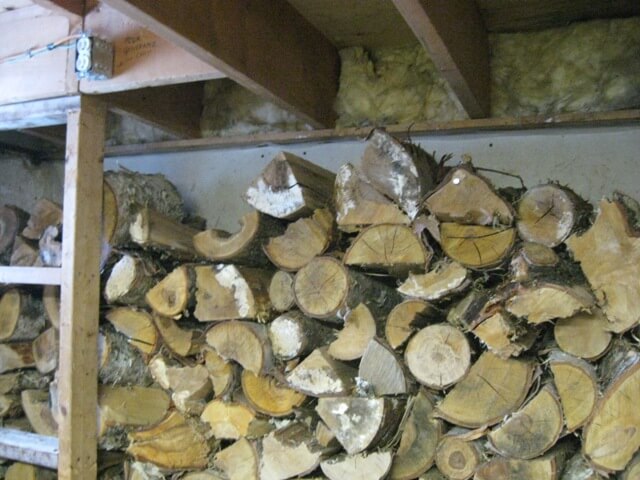 Selecting the right piece, it turns out, is kind of an art.

After I’d split enough kindling to build a fire, I tended to it and built it up. You can’t rush a fire, by putting too much wood on it too fast, but you can’t slack, either. You’ve got to feed it. When the flames are there, give it something else to burn, otherwise you end up with the smoky pile I had at the beginning. But if you practice, and you pay attention to what you’ve done wrong, you can get a really nice, warm, roaring fire going.

And as I sat by the fire, I thought about how building fires is most definitely an able metaphor for the work of building community – like the work of the Dream Big project, and the work of all of you who are making change happen in your communities, one event, one organization, one board meeting at a time.

Look for posts coming soon on frugality, an interview with a Whitney Pier couple, an interview with ACAP Cape Breton’s Education Manager and a visit I paid to La Quaintrelle, a North Sydney boutique run by twentysomething Megan Finney. And more!

6 Responses to On Building Fires