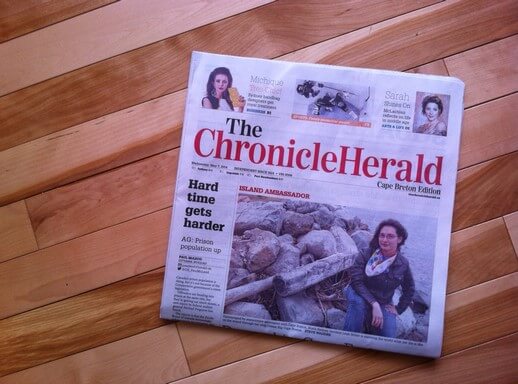 So yesterday was a pretty darn abundant day!

The main thing was that I was on the front of the Chronicle Herald! This is the provincial paper in Nova Scotia, which has recently started a Cape Breton Edition, which is the edition I was on. (Here is the article in case you haven’t read it yet.)

And this image will give you a sense of how that article spiked the number of people looking at this blog: 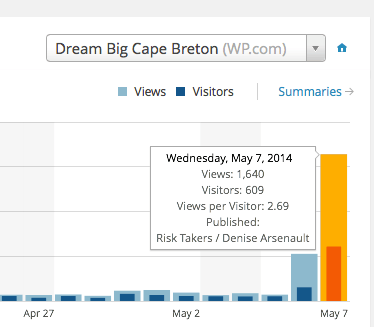 That screenshot was taken in the morning, too, and the numbers continued to climb throughout the day! My Twitter mentions spiked too, as did the number of shares of the article on Facebook.

I have to say, it really blew my mind! You see, blogging is done mostly at home, from behind a computer, by yourself. I might chat with people a bit here and there, either in preparing a piece, or when I’m out and about and I happen to run into a blog reader, but for the most part, this whole “Dream Big Cape Breton” show is really just me talking to myself or thinking to myself, about ideas and drafts, and also thinking, “What the heck am I doing, anyway?”

I think that a lot, I must admit. Blogging is still so young as an industry, and I still feel a bit odd saying “I’m a blogger,” like that’s a legitimate thing or something! I often wonder if it’s real people that create the numbers of my reader stats, or just spam bots crawling around the Internet. So to have a provincial paper write about me and put my picture on the front of the paper across the island, and say, “Hey! That random personal-sort-of blog you write is actually an island ambassador,” well, it’s a mind blower! And a really amazing, abundant feeling.

Along with the incredible boost of being in the paper, there were a number of other things about yesterday that all together add up to this feeling of abundance:

Abundance like this makes me simultaneously really happy AND really overwhelmed, which I think is a big part of why I’m afraid to take risks or make changes in my life, and I would guess that’s the same for a lot of people. It’s like I’m as afraid of doing really well, as I am of failing. Isn’t that weird?

But I think it’s like when I was learning to drive 15 years ago. When the car is stopped, I’m safe. I don’t know how to drive, but I’m safe, ha. Once it’s moving, I’ll need to learn new things, like how to steer it and how to control its speed. Crappy things could happen! Hence, the fear. But, I also want to learn to drive! And be able to go places, and see people, and be independent. So I take that risk, and put the car in drive, and try it out.

I’ll leave that metaphor there for now (I could talk in metaphors all day) but it’s just funny to be aware of that about myself, about how I’m actually afraid of success in some ways. And it’s good I guess, to recognize that, and then think, “OK, I might be afraid of what will happen once I step into the unknown area of abundant success, but that doesn’t mean I shouldn’t go for it anyway.” Because that’s the good stuff. That’s the stuff we want.

I got home from my abundant day and felt like there were five different awesome directions I could go in, and I couldn’t choose which one. I was practically paralyzed with excitement. To shower and get ready to go out to eat dinner, to celebrate the article in the paper? To do the dishes and make dinner? (Which is honestly its own kind of joy when I’m busy and on the road a lot, just to relax at home and putter.) To write a post or two? To work on my new client’s stuff? To just relax on the couch with Adam and nap?

And in the end, I decided to write this post. Then to go out to dinner. Life is short: celebrate the abundance. Live the joy. Move forward. 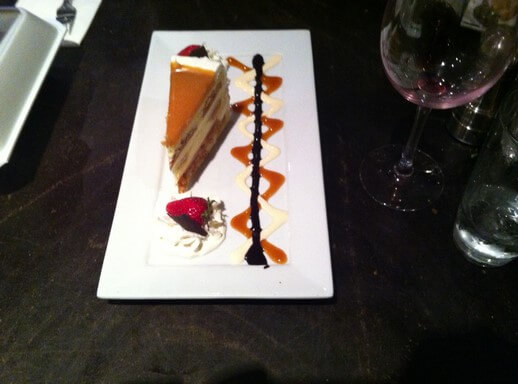 8 Responses to on abundance