in the middle of some “busy” 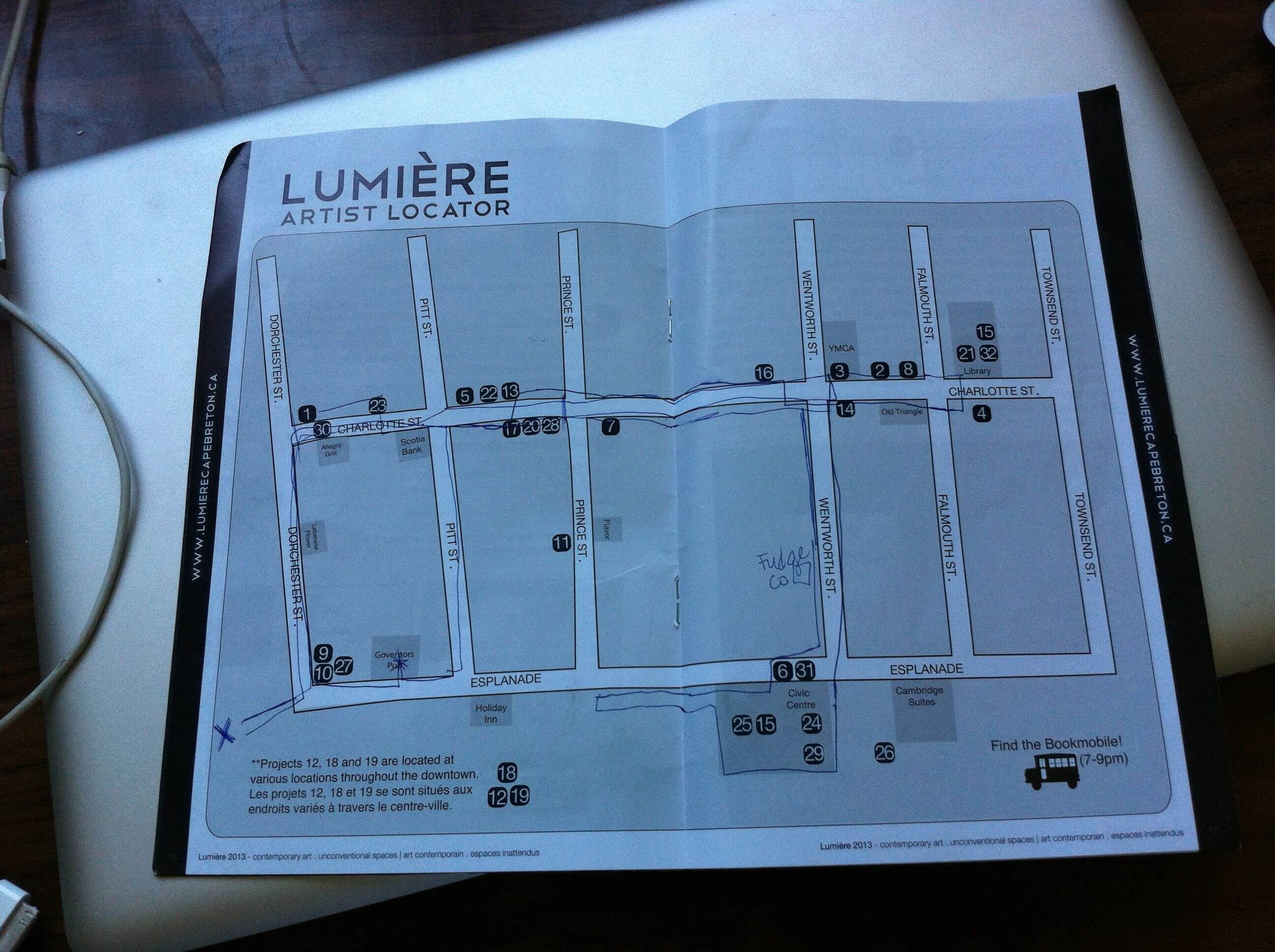 First there was Lumiere last weekend, for which I did social media (and posted a bunch of pictures on Facebook here, which you can see even if you don’t have a Facebook account).

It was mind-blowing and really fun, and I’m gathering thoughts for a post soon about just that event, what I saw, what I felt and what I learned. 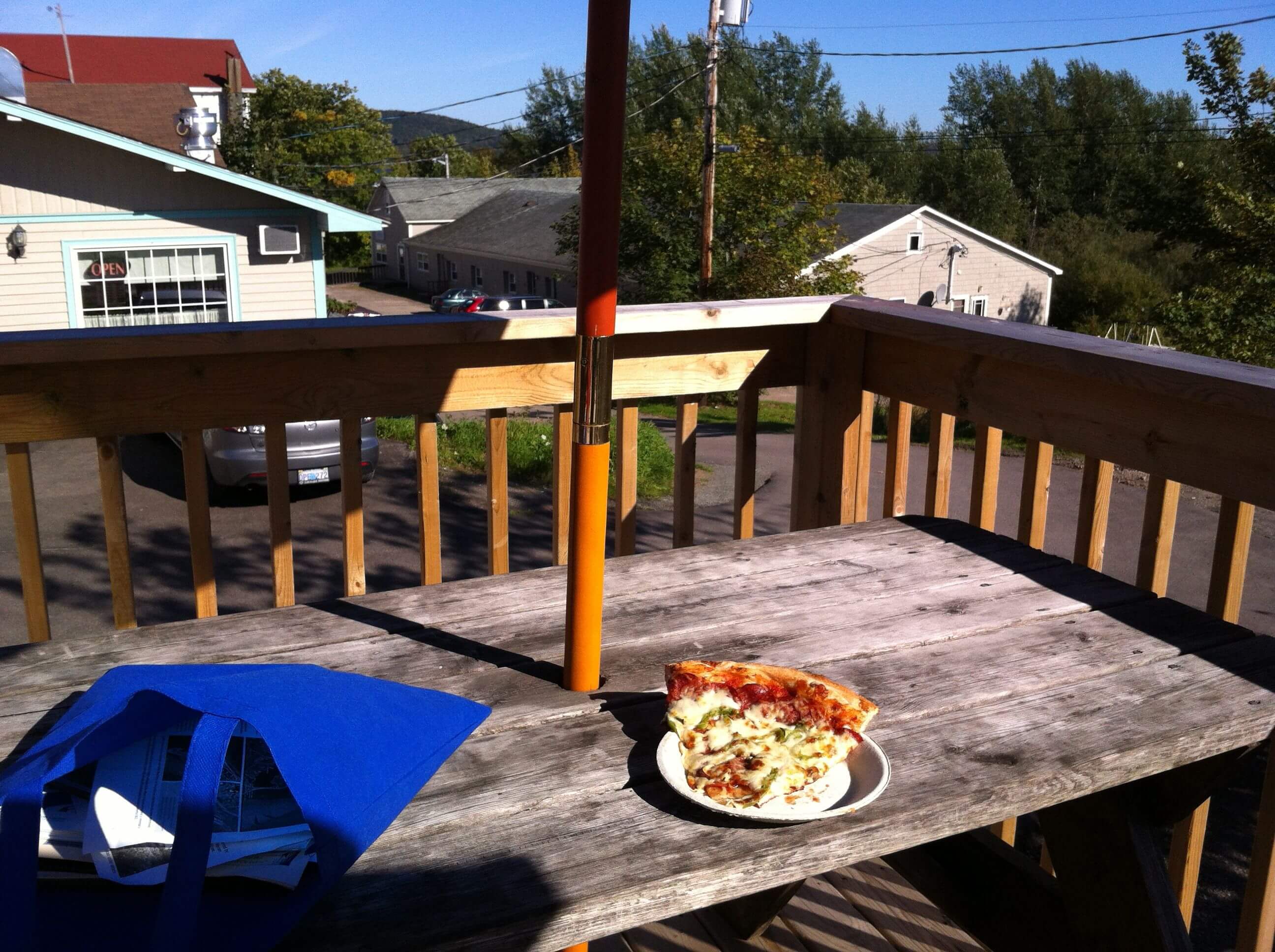 Then the next day, Sunday, I made a trip to Baddeck to attend a board meeting of the Bras d’Or Stewardship Society. This picture above is my late lunch at Tom’s Pizza. 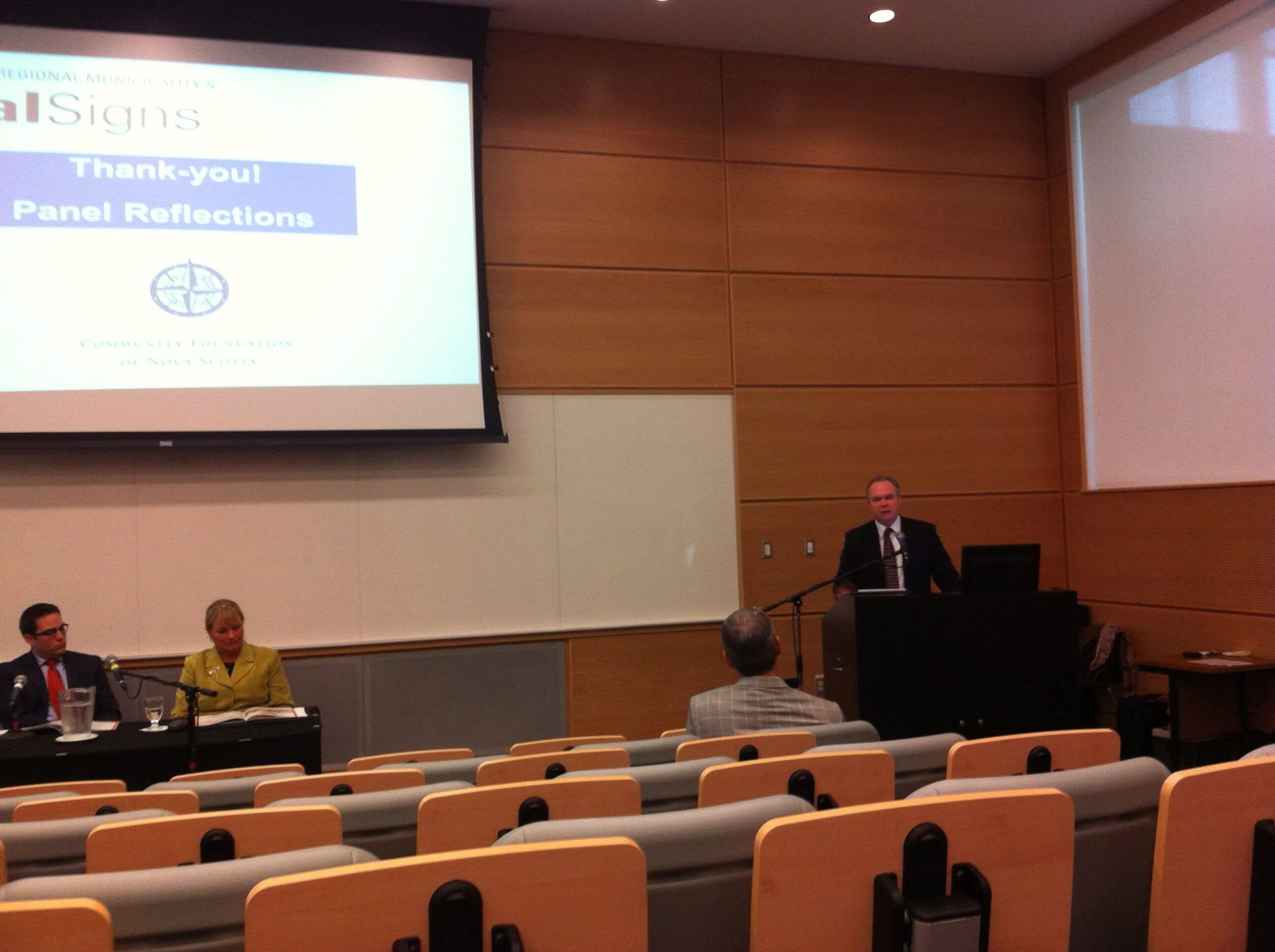 Then there was the Vital Signs report which was released this week at CBU. I was invited by the local Information Morning show to be part of a panel discussion about it, so that meant reading the report further and deeper than I might have otherwise. (Photo above is from the launch event at CBU. The theatre was more full than that, but the front rows were empty. Funny how that works! Everyone wants to sit at the back.) 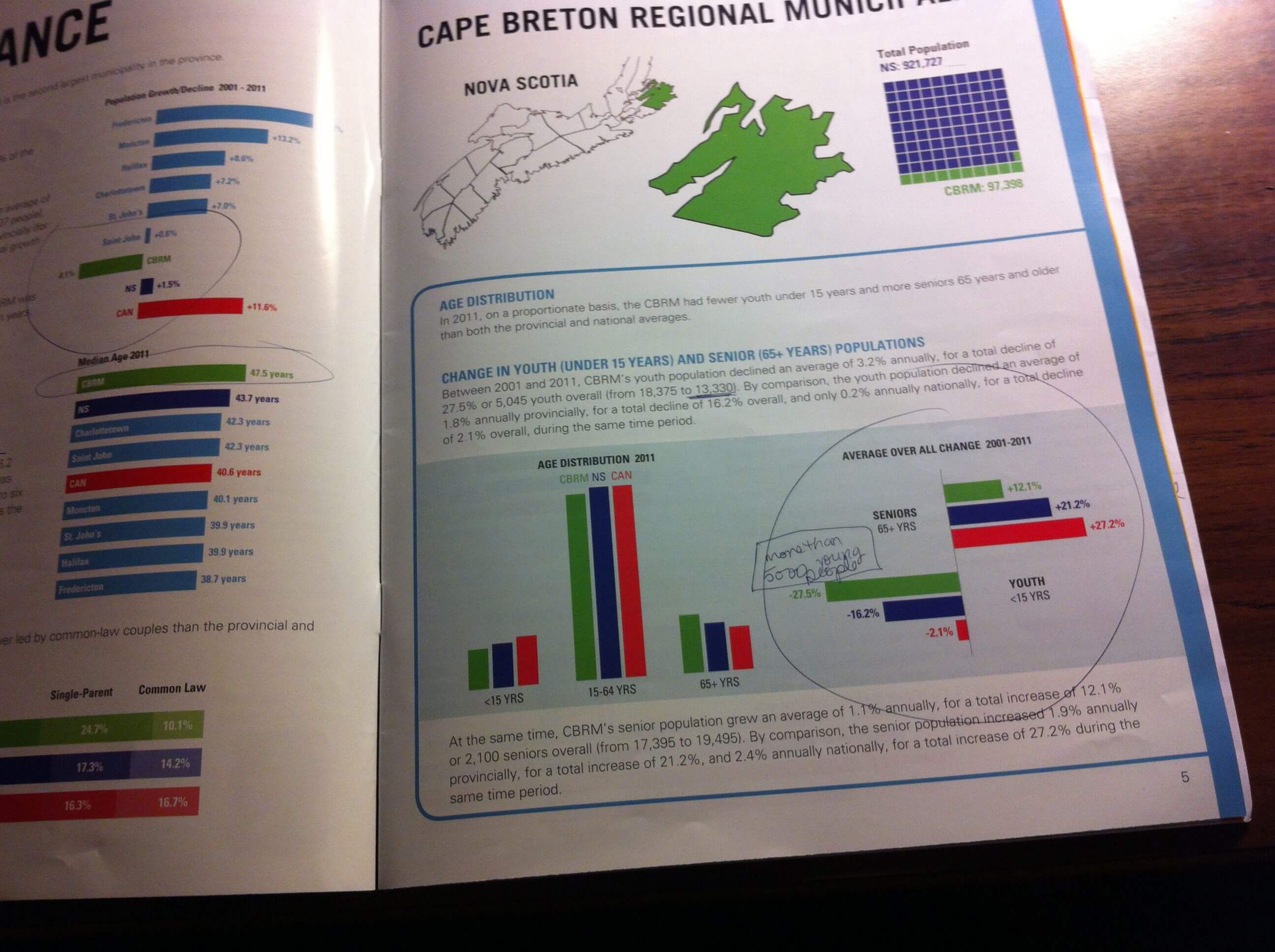 Then on my way to the radio station yesterday morning I was pulled over for a speeding ticket. I wasn’t going super fast, but I was over the speed limit of 100. At least I had left early to get to the station in lots of time! With this interruption I just made it on time. 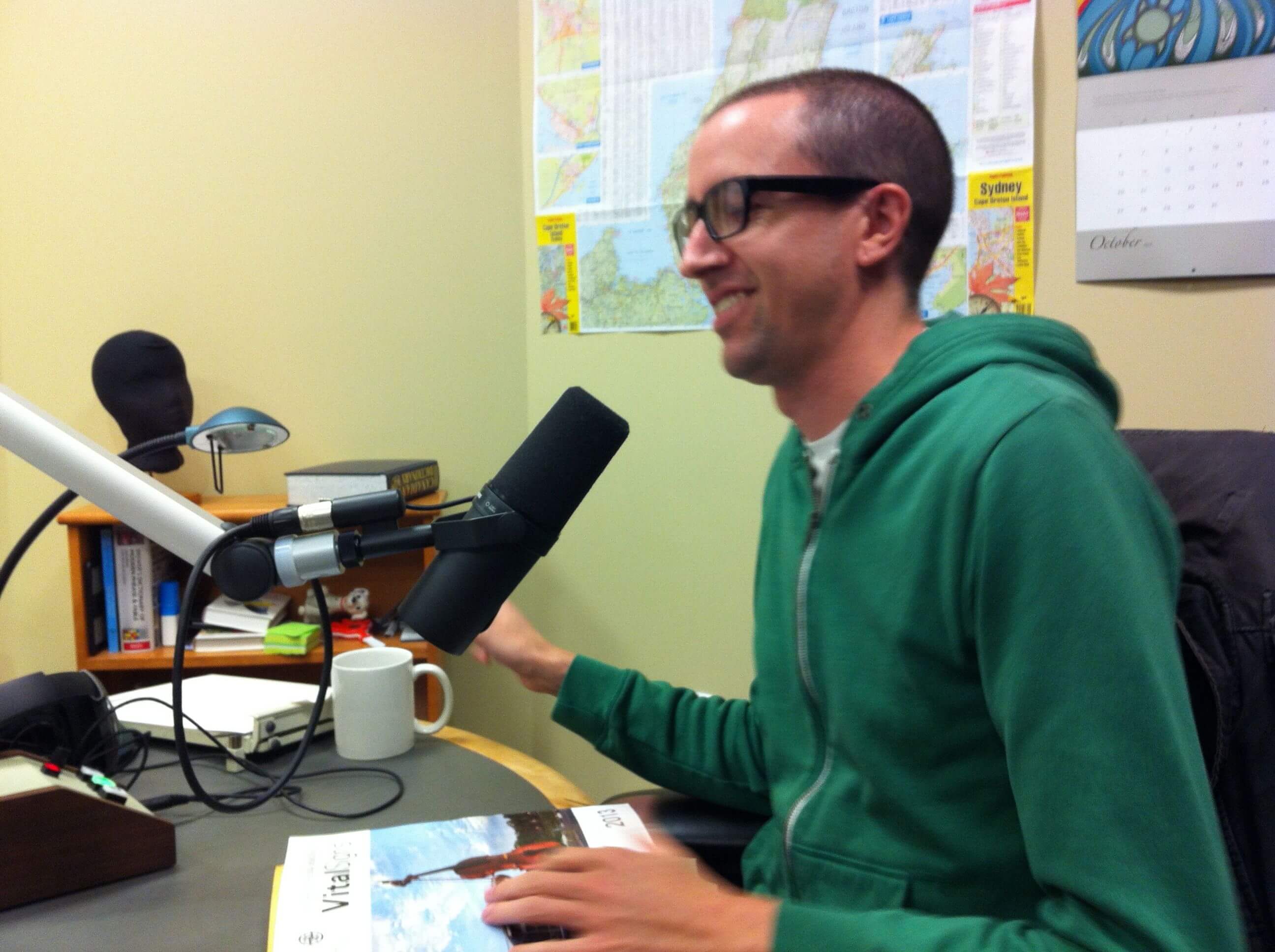 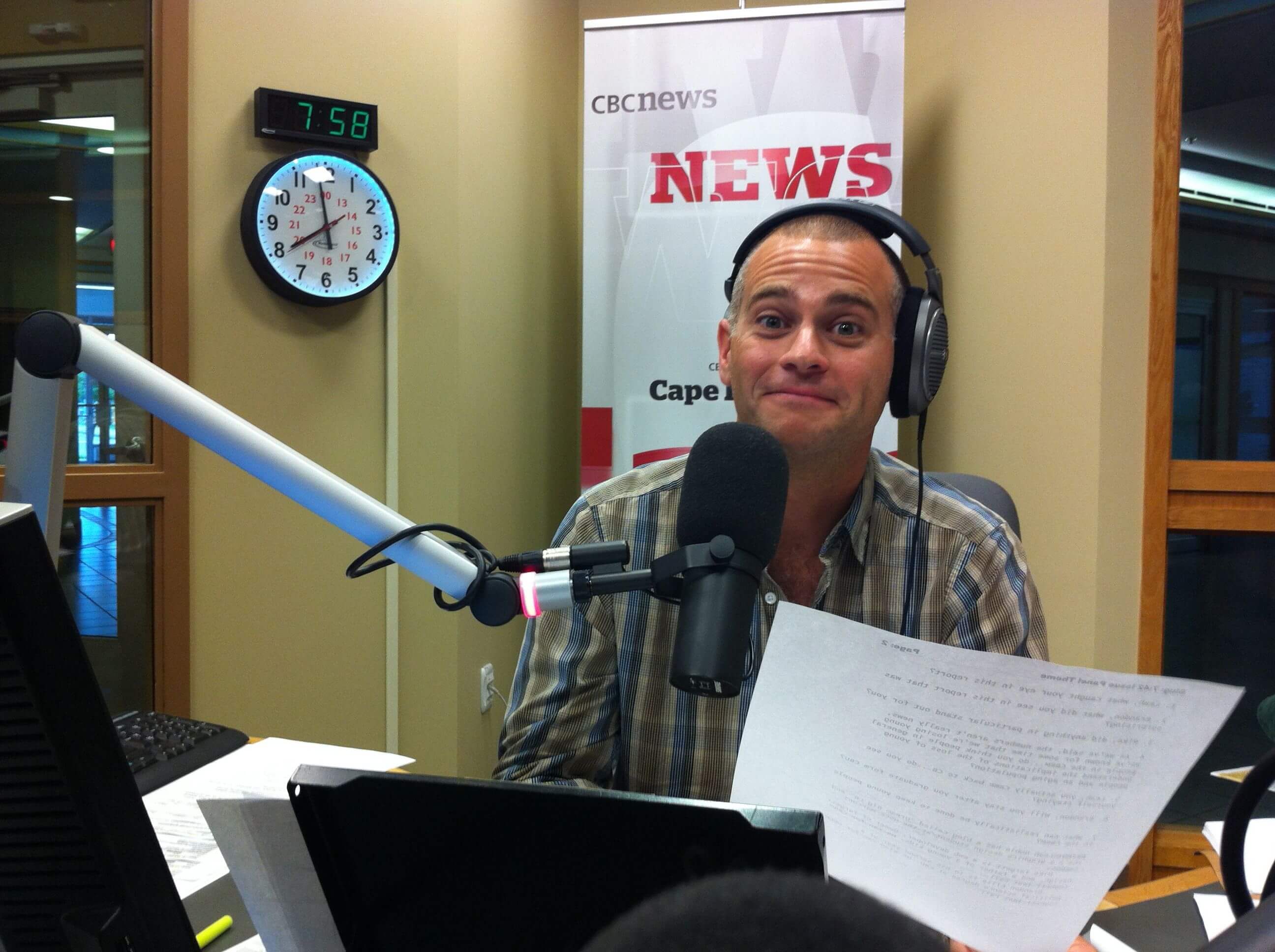 You can listen to our panel discussion here. 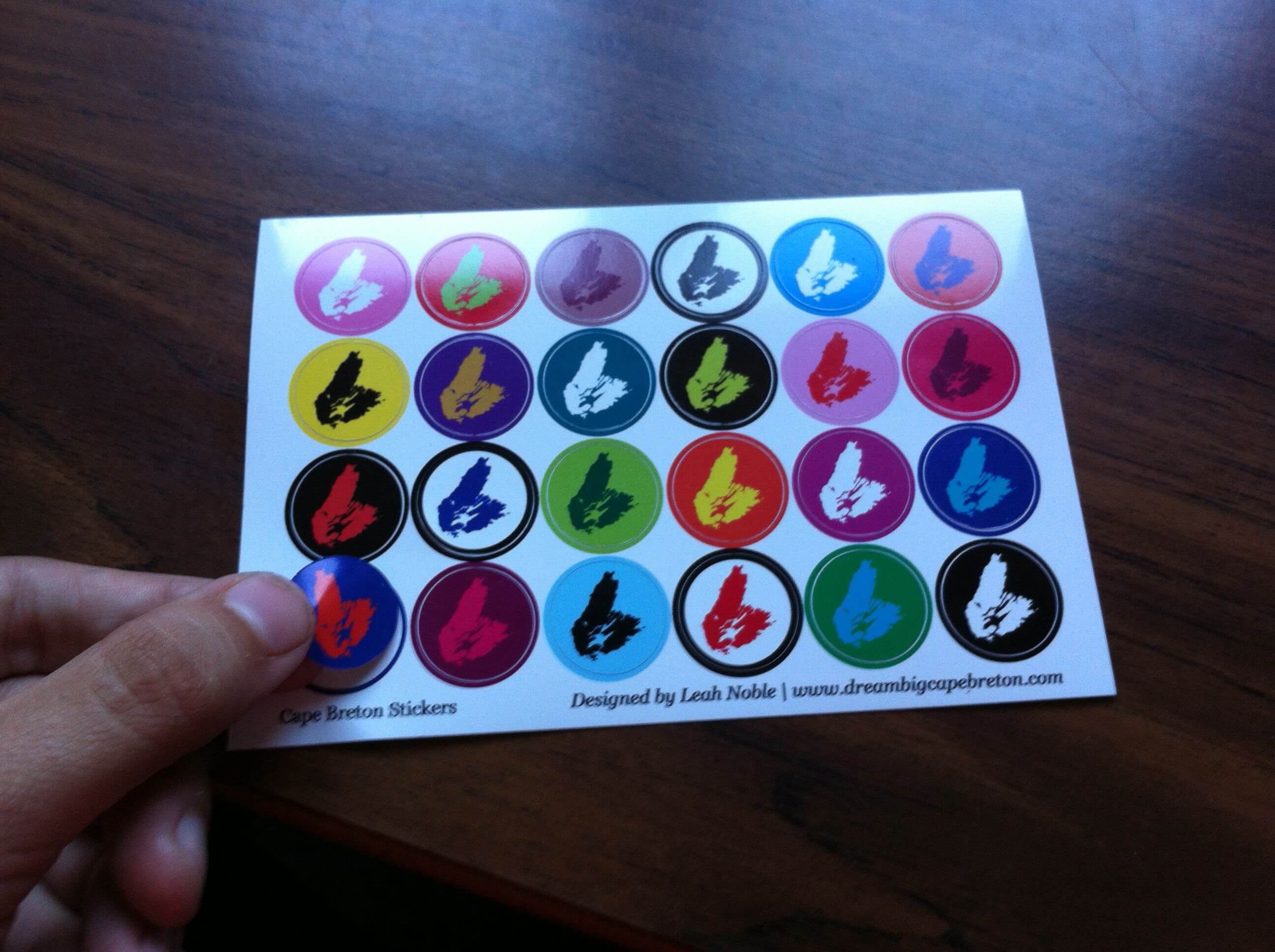 And then some stickers I had ordered arrived! Between schoolwork (which takes priority) and life (making food, sleeping) I honestly do not have the time to list them yet on Etsy, plus this weekend I’ll be away in North River volunteering at the Cabot Trail Writers Festival. Hopefully next week my daily life can slow down to a more normal pace again. I miss having a spare ten minutes where I can stare off into space! As weird as it sounds, staring off into space is crucial to the creative process. (Really!)

Sometimes I think back to the people who said to me when I first moved home, “But what are you going to do? You’re going to be so bored!” and I just laugh. It’s a crazy laugh, but it’s a laugh nonetheless.

This entry was posted in Uncategorized. Bookmark the permalink.

2 Responses to in the middle of some “busy”