you win some, you lose some 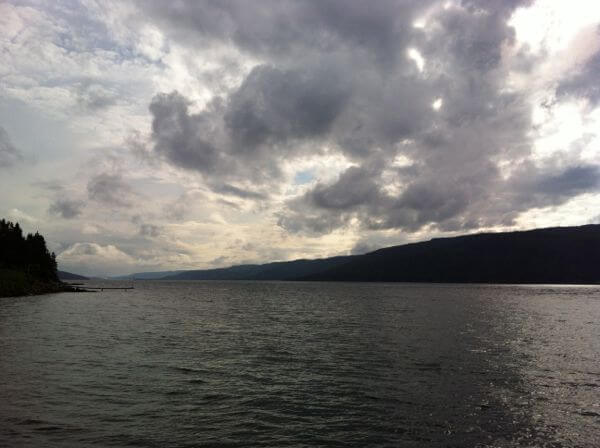 The Seal Island Bridge from the Boularderie side, down near Big Bras d’Or.

The other day, a customer and I were chatting.

He sells bread at various farmer’s markets and was remarking on how his sales were down this year over the last couple of years.

“Well, overall, we just don’t have the population base for me to have as many regular customers as I need,” he said.

“Yup,” I said. It’s true – a big reason that a lot of rad businesses don’t last here is simply down to numbers. What would work in Toronto or Halifax, and what some people here would love to support, just doesn’t necessarily work here, or has to work on a much smaller scale.

“But, that’s partly what I like about the place, too,” He said. Meaning, he likes that there aren’t many people, that there is lots of space to be alone.

What are you gonna do, eh?

This entry was posted in Day to Day Life, Towns + communities and tagged business challenges, Cape Breton. Bookmark the permalink.

5 Responses to you win some, you lose some