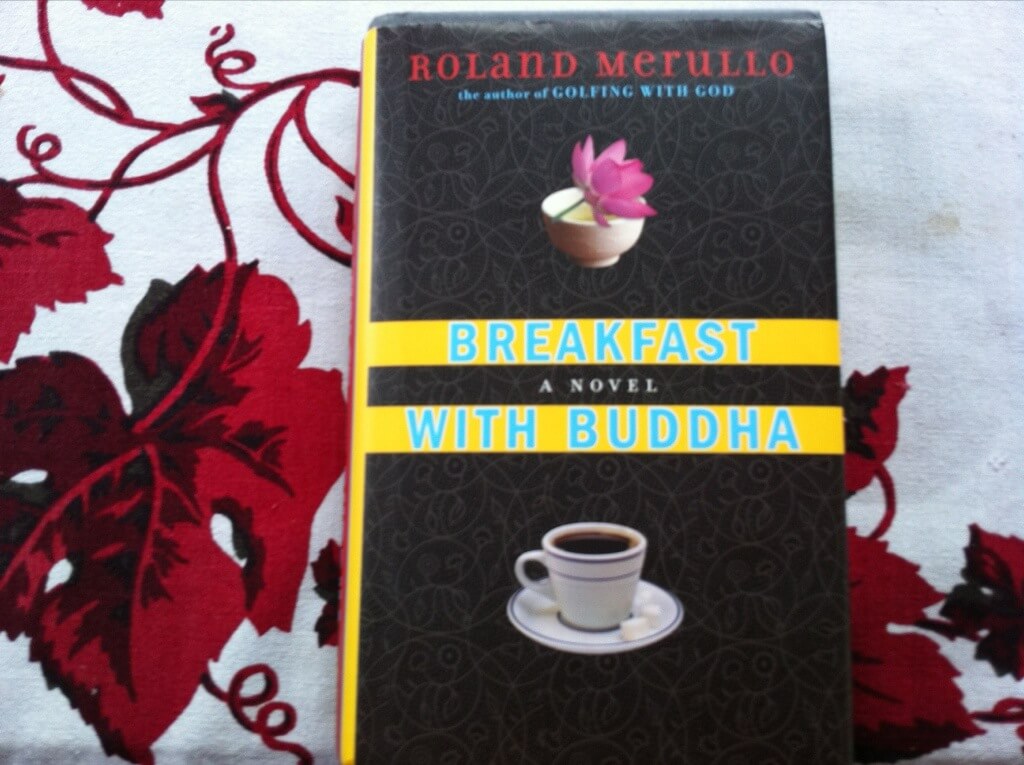 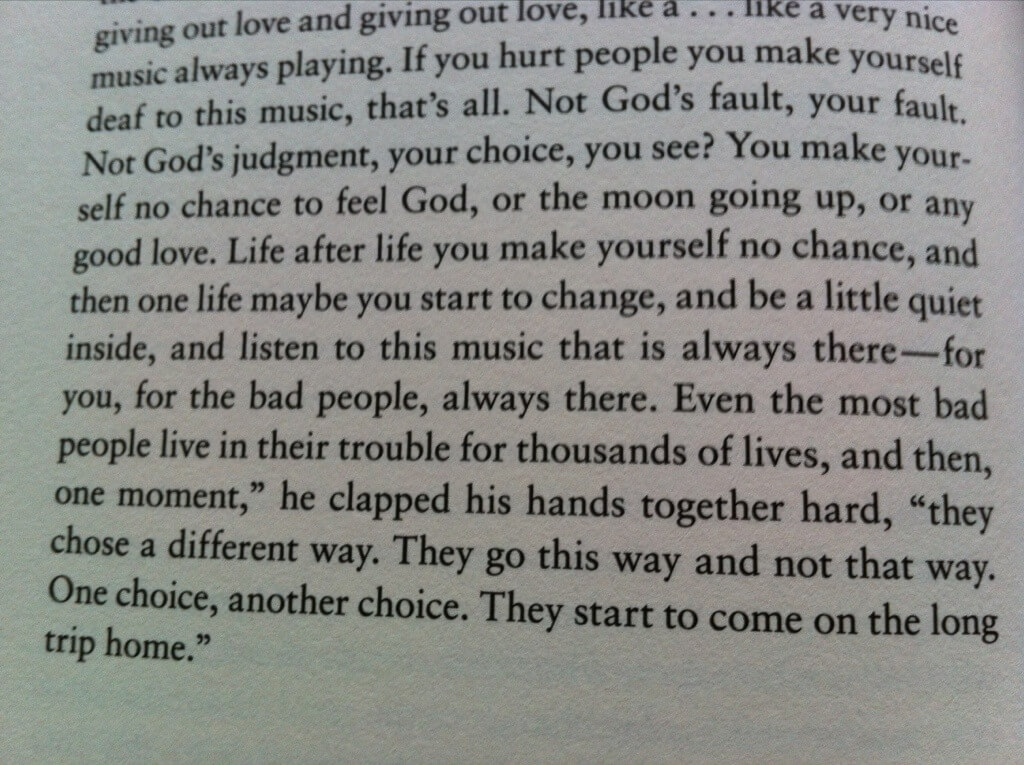 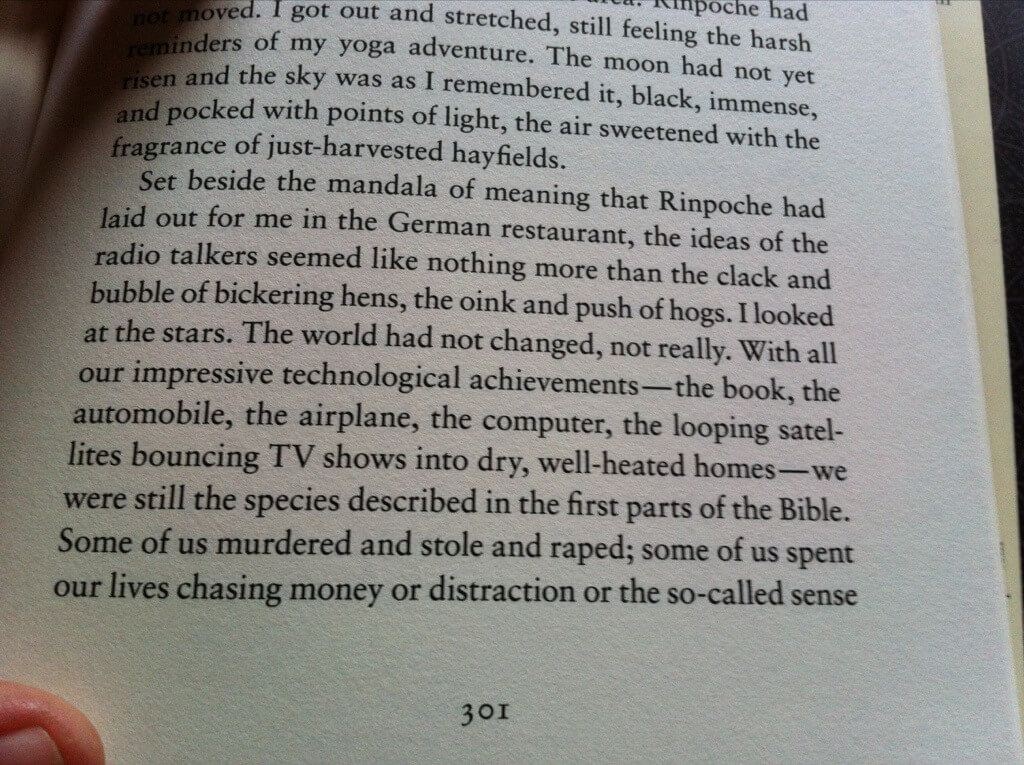 A few weeks ago I thought Adam and I might be going to Chicago for a weekend. I was telling my Dad about this, and about how much I wanted to go see that city where my honey grew up. That reminded Dad that he had just read a book he thought I’d like (this happens a lot).

“It’s about a guy taking a road trip with a rinpoche,” Dad said, “across America.”

Since my Dad has been meditating and going on Buddhist retreats since I was a small child, I know what the word “rinpoche” means. Heck, I’ve even met a few!

I had some other books lined up that I wanted to read first, library books, but I knew that our friend Linda (hi Linda!) wanted to borrow the book after me, so I moved it up the list. (Tough decisions in my life, I know!) And I ended up being really taken with it.

It’s called “Breakfast with Buddha,” and it’s by Roland Merullo.

The main character, Otto Ringling, lives a peaceful, quite suburban life in New York with his wife, two kids and a dog. He keeps his (Christian) faith to himself and he likes it that way, doesn’t like to be pushed upon by other people’s ideas. Then his so-called ‘flaky’ sister asks him to take her guru, Volya Rinpoche, with Otto on a drive to North Dakota to settle their parents’ estate, since they (the parents) have just died in a car accident. Grudgingly he agrees, and ends up discovering new things about America, himself and faith along the way.

It was entertaining and a fairly quick read, with lots of dialogue and descriptions of the America they’re driving through.

(Unfortunately it’s not in the catalog of the library system, I checked. Who knows, though, it could be in another Nova Scotia library and you could do Interlibrary Loan.)

This entry was posted in Religion and Faith, Writing and tagged books, Buddhism, travel. Bookmark the permalink.

5 Responses to breakfast with buddha