What lucky people do differently 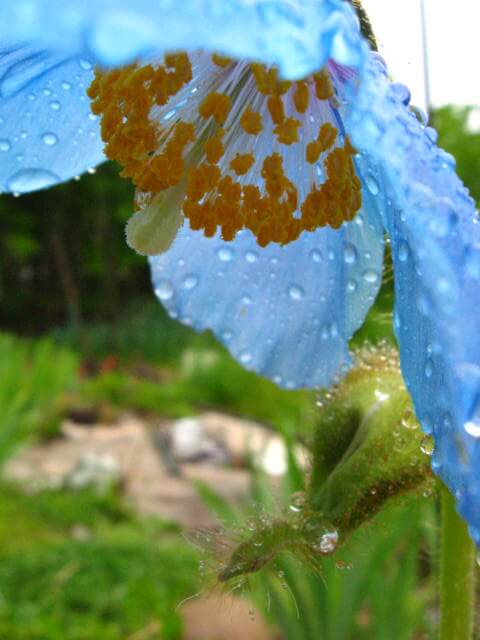 A few years ago my grandmother gave my Mum a blue poppy. She brought the pot with her from Quebec City and Mum planted it in her garden. It grew and then bloomed. Lucky!

Thought for the day, from this interesting piece:

Wiseman surveyed a number of people and, through a series of questionnaires and interviews, determined which of them considered themselves lucky—or unlucky. He then performed an intriguing experiment: He gave both the “lucky” and the “unlucky” people a newspaper and asked them to look through it and tell him how many photographs were inside. He found that on average the unlucky people took two minutes to count all the photographs, whereas the lucky ones determined the number in a few seconds.

How could the “lucky” people do this? Because they found a message on the second page that read, “Stop counting. There are 43 photographs in this newspaper.” So why didn’t the unlucky people see it? Because they were so intent on counting all the photographs that they missed the message.

“Unlucky people miss chance opportunities because they are too focused on looking for something else. They go to parties intent on finding their perfect partner, and so miss opportunities to make good friends. They look through the newspaper determined to find certain job advertisements and, as a result, miss other types of jobs. Lucky people are more relaxed and open, and therefore see what is there, rather than just what they are looking for.”

This entry was posted in Leah's thoughts. Bookmark the permalink.

4 Responses to What lucky people do differently