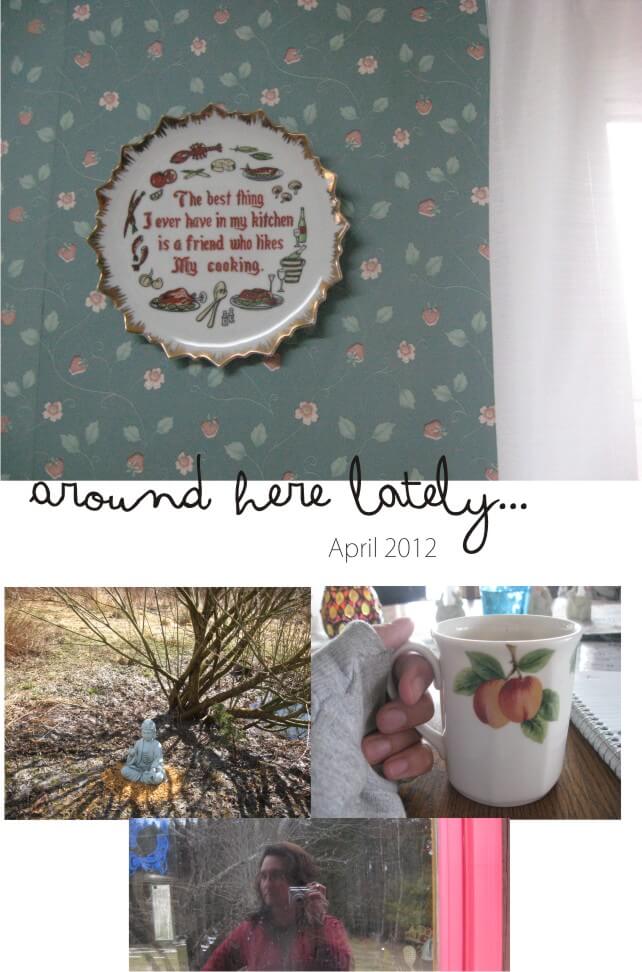 Top: a plate on the wall of a home I took care of last week. Bottom three: a Buddha and a willow at my Dad's place. My hand on my coffee mug on Sunday morning. Me in the window at home. 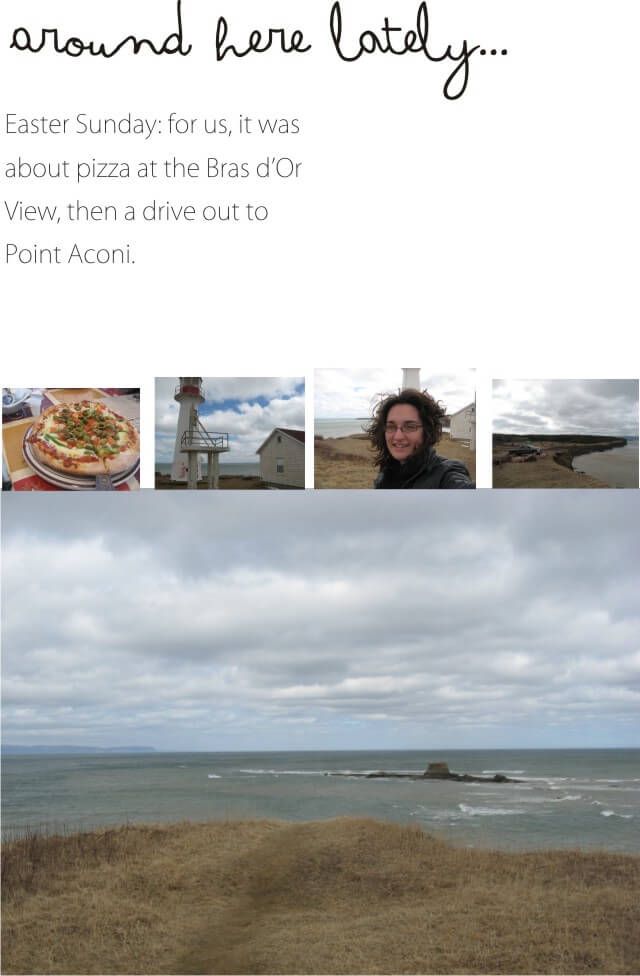 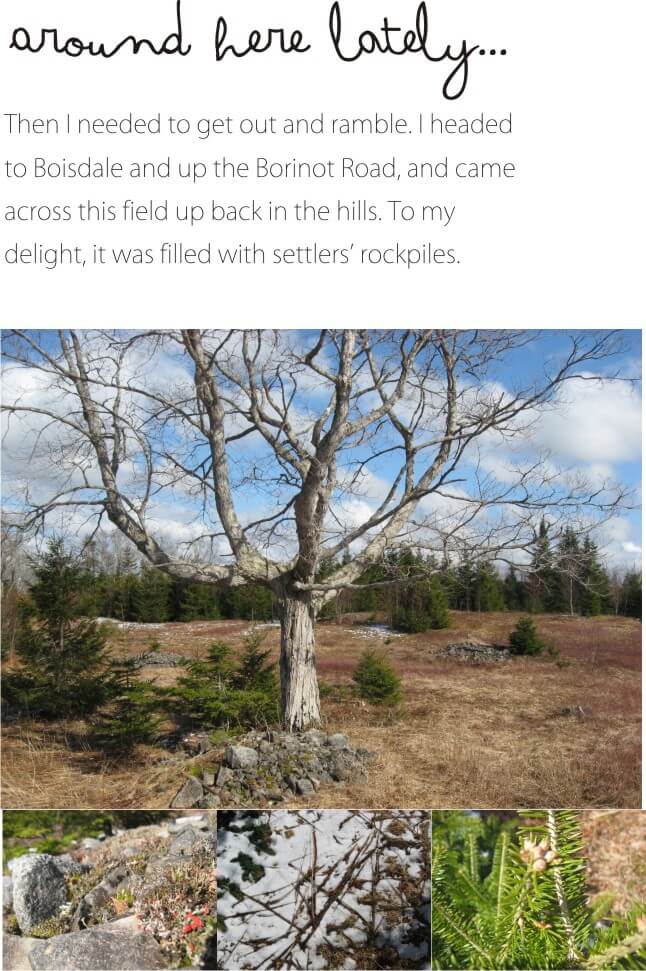 (That handwritten font is not my handwriting, it’s a font I found for free on the Internet. It’s called Arsenale White.)

Things are busy, but I’m actively working to slow them down.

Well, it does in my head.

What happened was, I was preparing for a trip I’m about to take (Quebec City by train, then Toronto, then fly home). I was trying to get some stuff done in time for it – this ridiculous amount of projects I had taken on, mostly because it’s hard for me to say no.

And I realized: hey! There is no possible way I can get all this done in time! Unless I pulled all-nighters, and that’s just silly.

(No really, I’m not an all-nighter kind of gal. I wasn’t in university, except for once, and I’m certainly not now. Tasks done for the boards I voluntarily sit on really aren’t worth it!)

But that guilt, it was hard to scrub away. So I employed “what if I were sick” thinking – as in, “What would I do if I were getting sick? I’d cancel this, right?”

So I cut. And cut some more. Cut back the schedule. Gone was the promise I’d made to design a website (I know, right? Because I’m totally trained for that, haha, NOT). Gone was the pressure I’d been putting on myself to plan a whole art show for the art contest I organize – I delegated that to someone else who had, after all, offered to help out.

I didn’t apologize for all this cutting, either. When I was twenty, a whole seven years ago, I always felt I had to offer a bunch of excuses to someone when I cancelled a plan or a commitment.

Now, I know better – they honestly don’t really care why, and it saves my breath. “Sorry, I can’t make it.” It gets to the point. It doesn’t waste my time or the reader’s. Done. Moving on!

And so now I don’t feel as stressed. I have a few days left before getting on the train in Truro (because that’s the closest a passenger train comes to Cape Breton), and I feel that what I have to get done in the meantime is manageable.

It’s a good feeling, but it’s also a funny one, since I’m not overly used to it. It’s like, Really? I can just take a deep breath, and let it out, and then watch Jeopardy! while eating ice cream with cookies? And the world’s not going to end?

(This is a subject I want to explore more in upcoming posts – that of stress, and balance, and especially in relation to volunteering your time in your community. Is it possible to have time to yourself, and say no to demands and requests, and also do meaningful things in your community? I think it is, but it takes work and practice. And I’ve got lots of tips rolling around in my head that I want to share.)

While I’m traveling, as long as there is Internet, there shouldn’t be any disruption to your Dream Big programming. In addition to my own rambling thoughts, I’ve got more Q+As on the way, as well as contributor posts, and I’ll share a few travel pics as well!

Are you excited that it’s spring?

6 Responses to Around here lately: April